A balanced diet is essentially about eating more of the good and less of the bad. But that’s easier said than done.

Many of us don’t eat enough wholegrains or fruit and veg, so get far too little fibre, for instance, which is crucial for digestive health and the gut bacteria that influence everything from the immune system to mental health.

On average, we get just 18g of the recommended daily 30g of fibre. It’s a similar problem with protein — while most of us get enough, a recent survey suggested a million 19 to 64- year-olds consume only 60 per cent of the 50g minimum we need daily (protein is vital for strong, healthy muscle, which in turn helps maintain your metabolism).

Those of us who do eat enough often won’t spread it evenly over the day — and a study in 2014 in the Journal of Nutrition found that people who ate protein evenly throughout the day had 25 per cent greater muscle repair and renewal than those who ate the bulk of it at dinner. Meanwhile, the things we shouldn’t be eating so much of, such as salt and sugar, are often what we consume in excess, not least because they’re added for flavour to processed foods, and intake can easily add up.

Indeed, while our daily maximum of salt is 6g, the average intake is up to 8g.

We’re also meant to have no more than 30g added sugars (the type in table sugar, honey and fruit juice) a day; the average adult has double that.

To help show you how much you should be eating, and avoid the pitfalls, our sudoku-inspired grids offer eight ways of combining different foods to provide roughly the right amounts of these four nutrients every day.

Like a classic Sudoku, look at each row, column and diagonal for your daily limit… 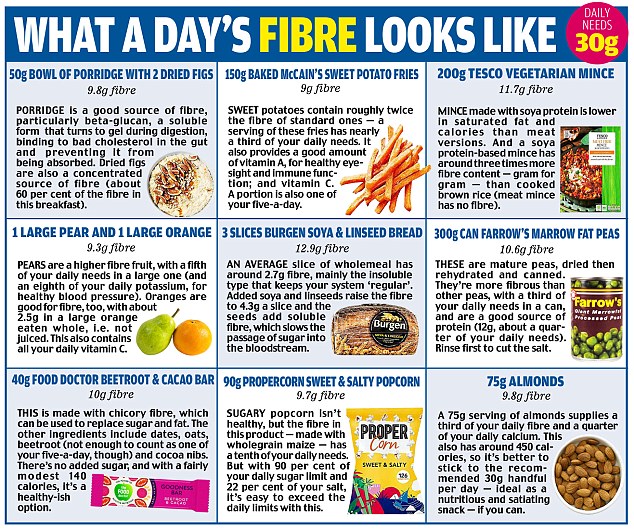 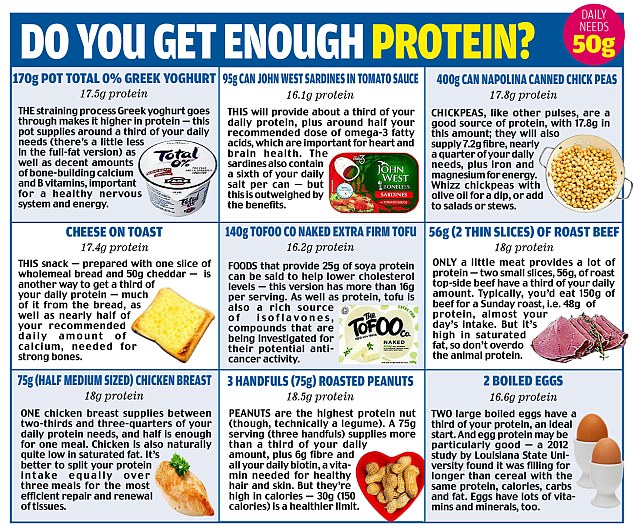 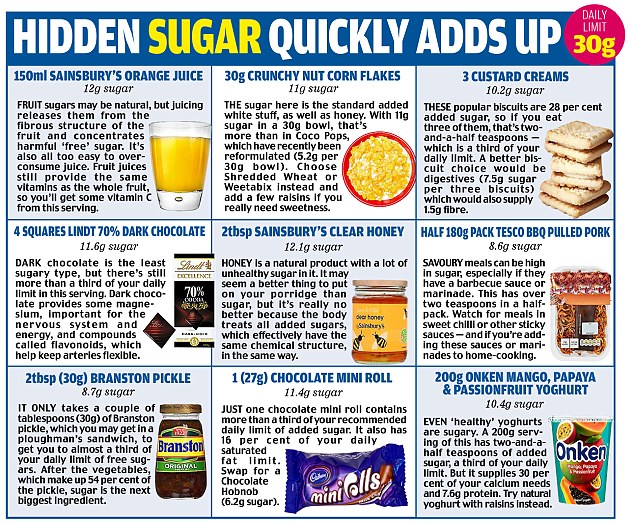