A woman who shared a recipe for a slow cooker fry-up has seen her post go viral, as 25,000 breakfast fans wanted to learn more.

The concept of putting a full English in to gently braise overnight clearly appeals to those keen to have their favourite breakfast perfectly cooked and ready to eat as soon as they wake up.

Facebook user Rose Bowler, a fan of slow cooking – which involves cooking dishes including stews at a very low temperature for a longer period to tenderise the meat – spotted the unique recipe on Facebook and decided to share it with her own followers. 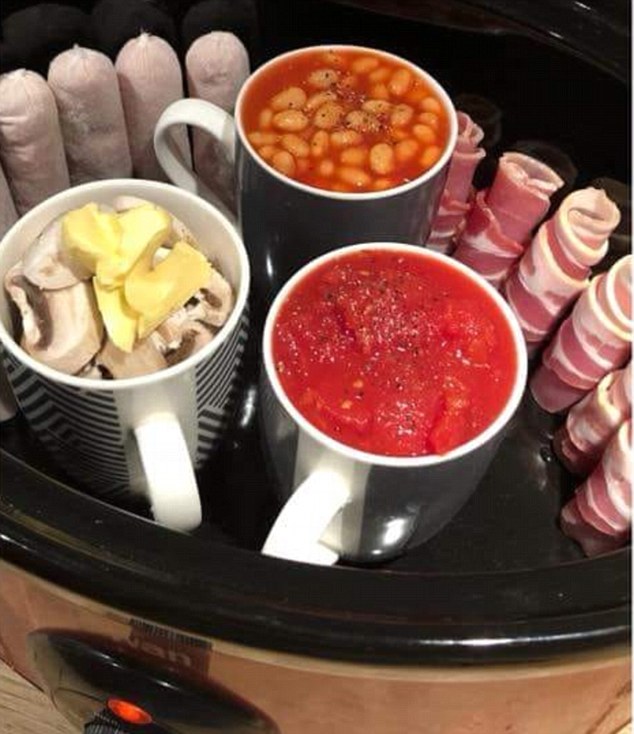 One step to the perfect Sunday morning breakfast! A fry-up fan shared a recipe she found on a slow cooker Facebook group. Rose Bowler shared the concept of putting an entire full English to slow-poach overnight 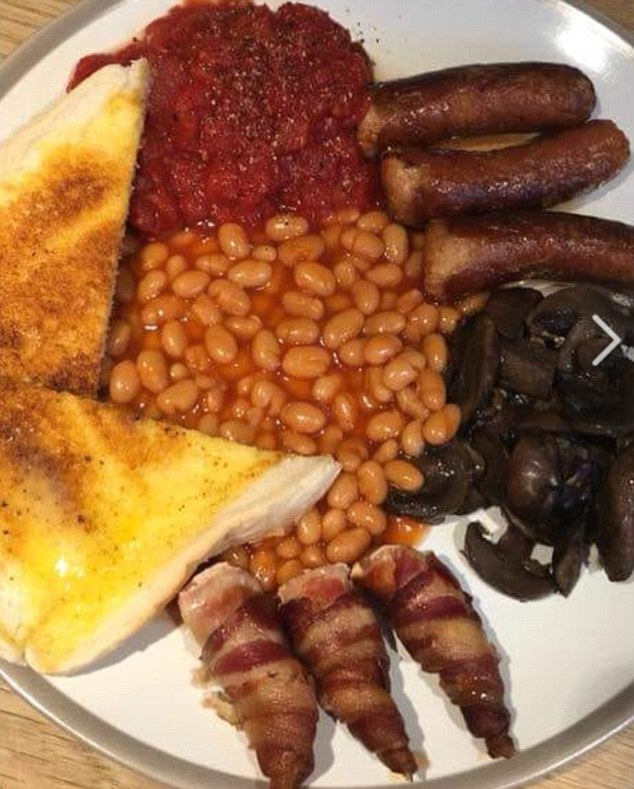 Just add toast! The trick, says Rose, is keeping the meat – including wraps of bacon – and sausages close to the edge of the pot so they brown while cooking

Posting two photographs showing the raw ingredients – including plum tomatoes, sausages, beans, mushrooms and bacon – how they looked after being slow cooked clearly whetted the appetite of fry-up fans, who promptly shared it to their own pages.

Rose wrote: ‘What an amazing idea someone has shared in the slow cooker group.’

She added: ‘Make sure the meat is leant against the edge for it to brown.’

Detractors of slow cookers often argue that the meat can appear pale – looking less appetising – because it doesn’t brown when surrounded by the stock or sauce it’s cooking in. 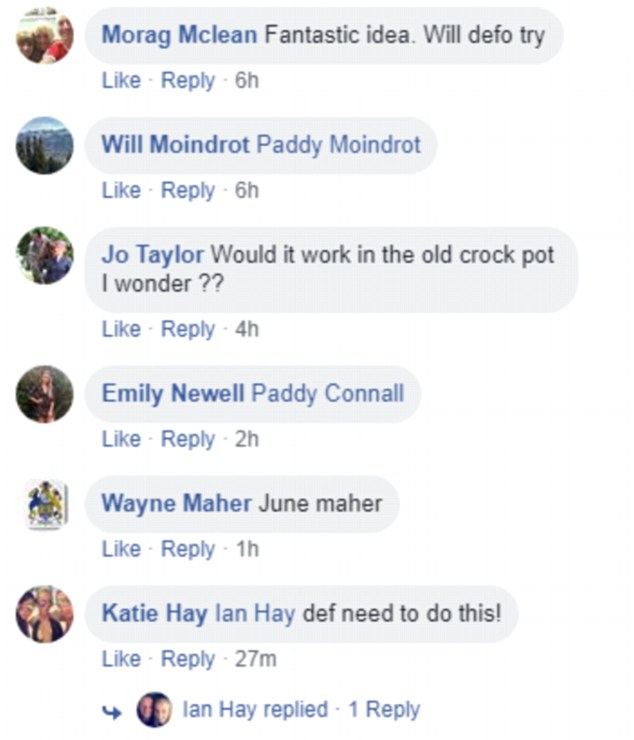 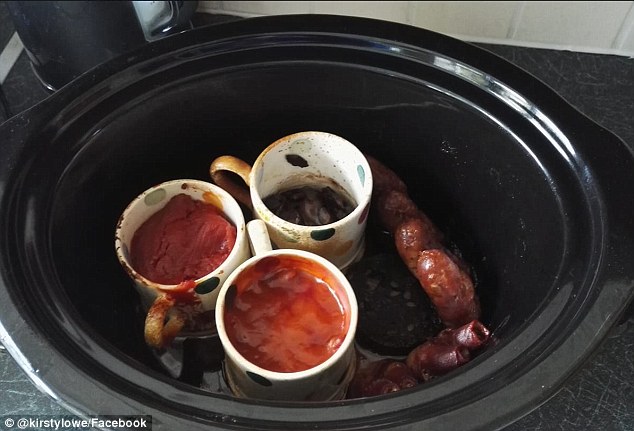 One Facebook user, Kirsty Lowe, posted a photo of her ‘100 per cent fail’ slow-cooked breakfast

However, it seems placing the sausages close to the edges of the pot solves this problem – and also ensures delicious-tasting meat.

Of those who actually went on to try it, the concept had mixed reviews.

One Facebook posted wrote: ‘James on Heart radio tried it and apparently was disgusting cause all the fat was on the bottom of the bowl…lol’.

Another, Kirsty Lowe, said her own attempts as a ‘100 per cent fail’ and shared an image of a sad-looking – and rather overdone – breakfast.

The only part of the breakfast that doesn’t quite work in the stew pot? The toast – stick to the speedy method, say those who’ve tried it.