The threw up plenty of the usual talking points and drama over the weekend.

Liverpool and Chelsea maintained their 100 per cent starts to the league season, however four clubs are still seeking their first victory.

Here, AMITAI WINEHOUSE assesses 10 things we learned from the fifth weekend of the Premier League season…

1. Georginio Wijnaldum was not an obvious buy when Liverpool brought him in – after all, he had just been relegated with Newcastle – but he suits ‘s style to a tee, marrying technical quality with an ability to shuttle up and down the field.

The Holland midfielder has clearly improved under the German too. It has now got to the point that he is keeping Jordan Henderson, last season’s captain, and summer signing Fabinho out of the side.

When first used in the holding role last season he struggled. Now he has made the position his own. If you want a symbol of how he has changed, Saturday was the first time one of his 19 Premier League goals came away from home. 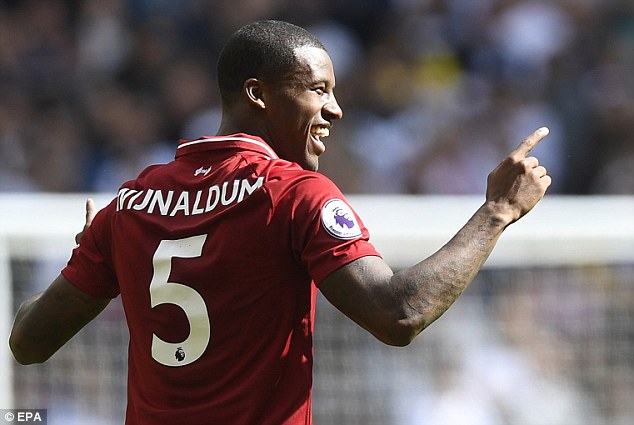 2. Romelu Lukaku had to do little to score the opener at Vicarage Road. It took the slightest touch to turn the ball past Ben Foster into the net.

Not that it matters. Lukaku has a nose for goals, which, when allied with his technical quality on the ball and his physical presence, marks him out as an elite striker. He is often not spoken about in those terms.

Put it this way – he has now hit 20 league goals for United. Only three players hit that mark in fewer games; Ruud van Nistelrooy, Robin van Persie and Dwight Yorke. It is not bad company to keep. 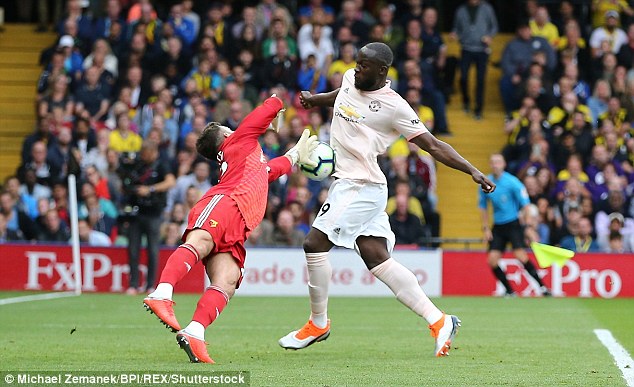 3. Eden Hazard played as many games in Russia as anyone else. He came back to Chelsea and barely had time to breathe before the season began again. Pre-season, as far as the Belgian was concerned, did not exist.

It has not impacted him. He has a goal or an assist in every game this season and has scored seven times in his last five matches for club and country.

After the Cardiff game, Maurizio Sarri said: ‘I thought he was one of the best players in Europe, but now I change my mind that he is the best’. It is a huge shout – but one Hazard could prove him right on. 4. Wilfried Zaha suggested after Crystal Palace’s win at Huddersfield that he’ll have to have his leg broken for an opponent to be sent off. It is symbolic that he is once again in the top five for players fouled in the Premier League.

There’s a reason. Zaha is usually seen as the best player outside of the ‘big six’. His goal on Saturday was absolutely brilliant and utterly responsible for his side taking three points.

Palace might have brought in the likes of Max Meyer, but their biggest signing was agreeing a new deal with the winger. Forget the best of the rest tag – he’s up there with the top players in the country. 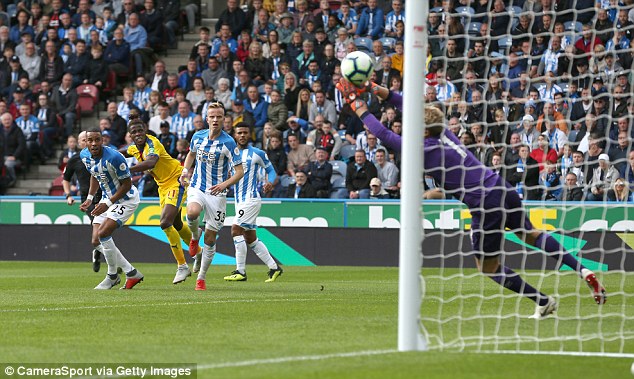 5. Leroy Sane has clearly struggled. He was left out of the Manchester City squad for the Newcastle game, a real drop for a man who was PFA Young Player of the Year last season.

However it may just have been the pressure of his personal life impacting on his game. His first child was born this week, and it took only one minute and 36 seconds of football as a father for him to strike.

It was a perfect response to his own bad form. Pep Guardiola never doubted he would recapture it – now it is down to him to sustain it. 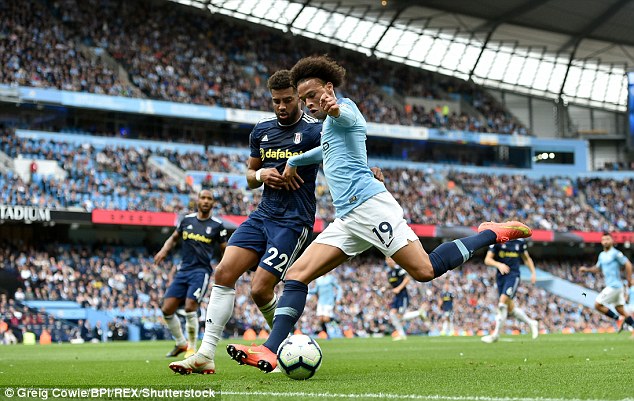 6. After four defeats on the spin to start their last campaign, there were some – it must be said, not on the south coast – who wondered whether Eddie Howe had taken Bournemouth as far as he could.

On the evidence of their beginning to this season, that is clearly not the case. They stormed into a four-goal lead, inspired by Ryan Fraser. Howe has been crucial to the diminutive winger’s development.

It is not the only man he has improved. Members of Bournemouth’s matchday squad against Leicester made 279 combined appearances for the club in the Championship in 2014-15. Howe keeps making his players better. 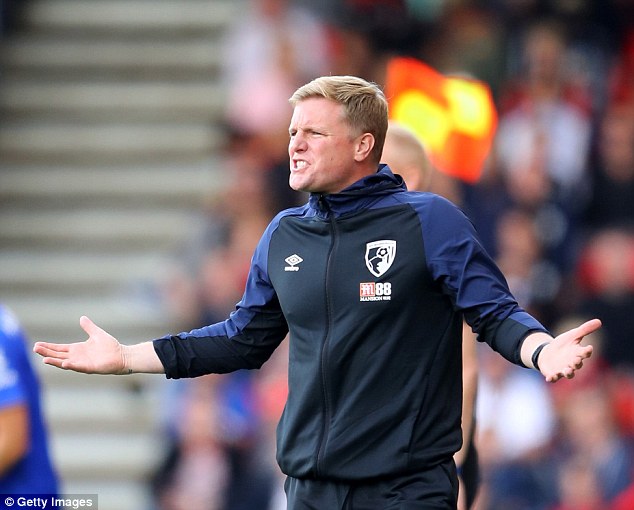 7. If Arsenal were looking for a real change when Arsene Wenger left this summer, Unai Emery has already provided one. Their away form was woeful last season – they only won once on the road after the turn of the year.

Not under Emery. From their three away games they have two wins, and at Newcastle they made it two on the spin for the first time since May 2017.

What was even more impressive about the result was how they managed to come through a tough first-half that the hosts definitely edged. They regrouped, came out after the break, and then Granit Xhaka pinged a free-kick into the top corner. Fortitude. 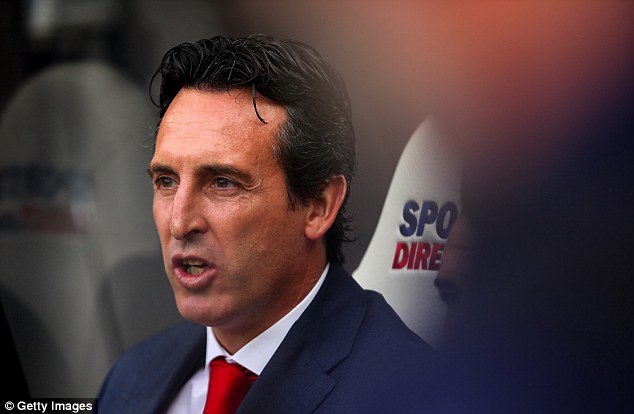 8. When the chips have been down at Manchester United over the last few years, the pressure truly on, there are two men every manager has turned to – Ashley Young and Marouane Fellaini.

While Watford was not must-win, it would have been put the pressure back on Jose Mourinho if United had fallen to defeat. So he selected those two men, and they showed why they are often given that nod.

Both provided an assist. They may not be players fans pay their money to see but, more often than not, they are key. 9. Burnley have had a woeful start and there’s still little to be hopeful about after their defeat against Wolves.

They have clear issues at both ends of the pitch. Wolves’ strike was the 10th they have conceded this season; it took 13 games to hit that mark last campaign.

None of their four strikers — Sam Vokes, Ashley Barnes, Chris Wood and Matej Vydra have hit the target in the league. There’s work to be done by Sean Dyche. 10. Andriy Yarmolenko was one of those players who had been linked with a move to the Premier League so frequently that it felt as though he’d never arrive.

Yet arrive he has, and he truly announced himself on his first start for West Ham. It’s easy to get over-excited by a debut — it’s what he does next that really matters — but it was some performance.

The last West Ham player to score a brace on his debut was Demba Ba. He couldn’t keep the Hammers in the top flight, but Yarmolenko should help stop that from being a conversation this season. Andriy Yarmolenko, on his first start for West Ham, scored twice in a 3-1 victory at Everton