At least 15 people have been killed due to Tropical Storm Florence which has devastated the Carolinas and continues to pose a threat to those in its path.

It’s been reported that so far 10 have been killed in North Carolina beginning Friday when hurricane-turned-tropical depression Florence first made land fall.

The latest death came Sunday when 23-year-old father Michael Dalton Prince was riding in an SUV that lost control and flipped on a flooded road in Georgetown County, South Carolina.

The driver and another passenger escaped, while Prince was trapped inside and drowned after the truck landed upside down in a flooded ditch. 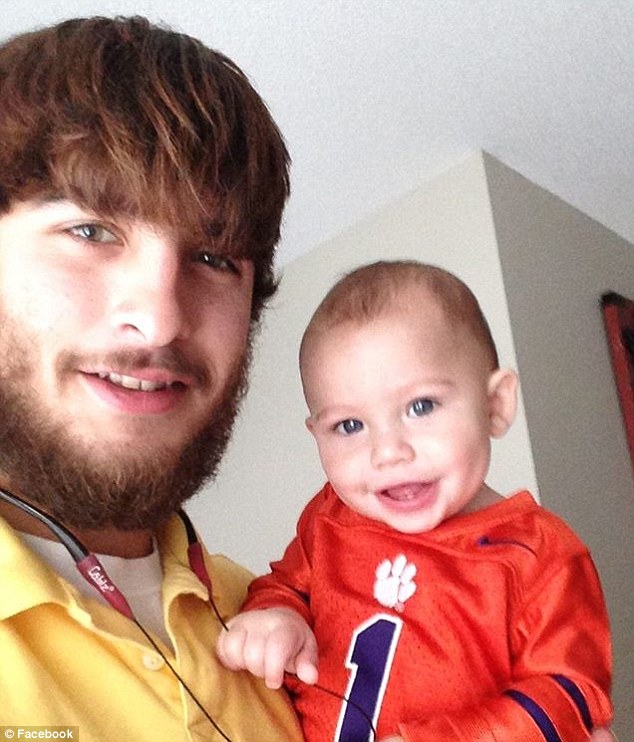 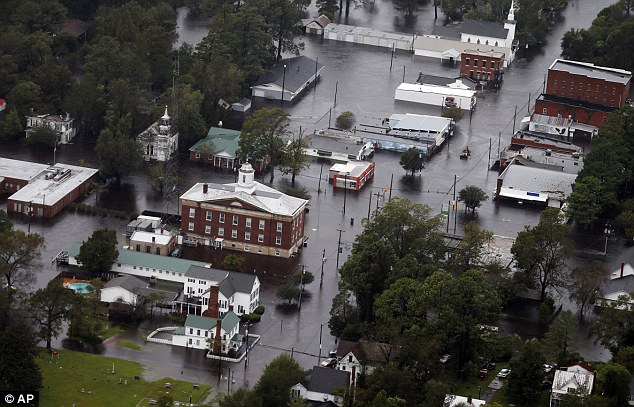 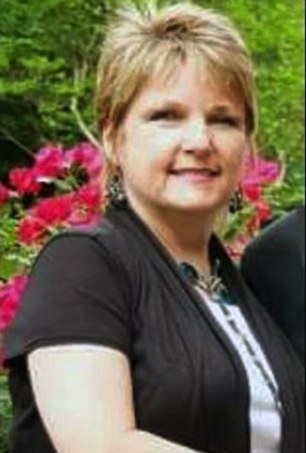 Amber Dawn Lee, 61, was the first reported death from the storm Friday in South Carolina

Amber Dawn Lee of Union, South Carolina, was driving her pick up truck around 9.30pm on the Gaffney Highway.

Neighbor Joel Morris said he saw the tree fall into the road – brought down by strong winds – and tried to signal to Lee to turn around.

Morris said he stood behind the large fallen tree, flashing his flashlight, and though he got one motorist to turn around he was unable to get Lee to stop.

He said the roof of Lee’s pickup slammed into the tree – which authorities say was suspended about six feet in the air.

The front of the truck was thrown into the air before crashing back down. Lee was pronounced dead at the scene.

Around the same time Friday night, Lesha Murphy-Johnson, 41, and her seven-month-old son Adam were trapped inside their home in Wilmington, North Carolina, after a tree fell onto their roof.

Firefighters frantically tried to lift the tree so they could escape, but were unable to do so, kneeling in a circle of prayer after it became apparent there was nothing further they could do. 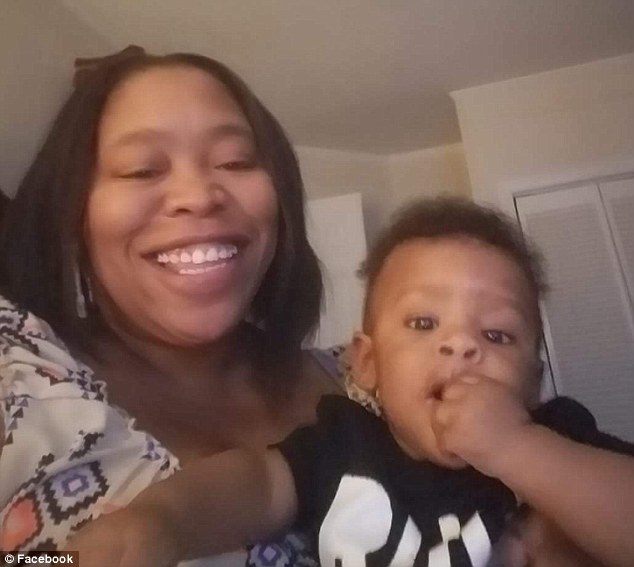 Lesha Murphy-Johnson, 41, and her seven-month-old son Adam were trapped and killed inside their home in Wilmington, North Carolina after a tree fell onto their roof 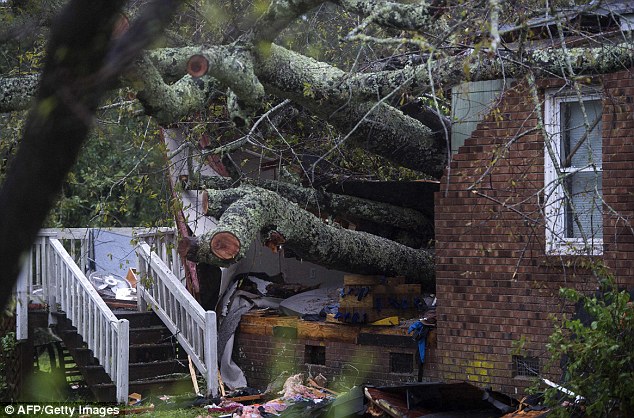 The baby’s father, Lawrence, was rescued and taken into an ambulance but police declared the mother and baby dead at 2.30pm.

The National Guard was then called in to remove the shattered tree. Murphy-Johnson’s death was confirmed to DailyMail.com by her ex-husband who was shown her ID by authorities and asked to identify her.

Authorities confirmed Sunday that a married South Carolina couple died of carbon monoxide poisoning from running a generator inside.

Their bodies were found in their Loris home Saturday afternoon however, police said they likely died the day before as the heavy rains and winds from Florence were moving onshore.

King worked as a sales consultant for Buick and the couple leave behind children. 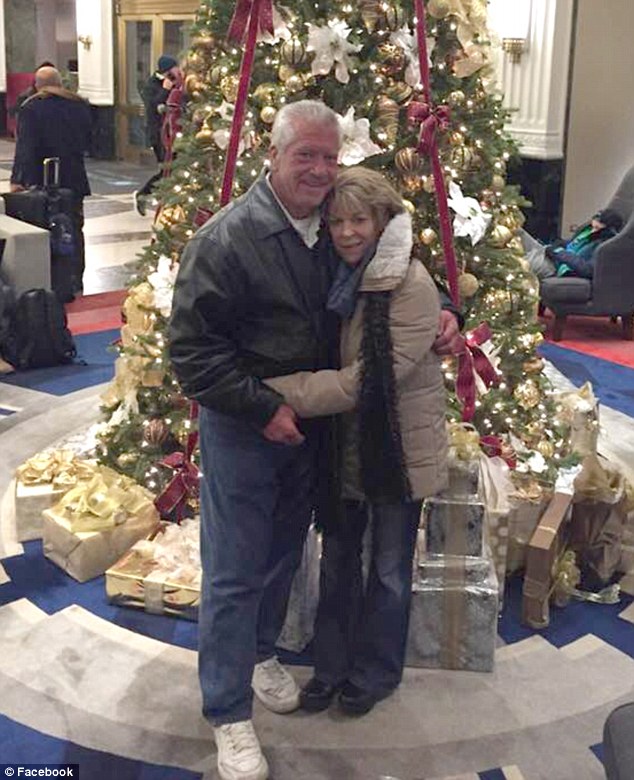 The remaining victims of the Florence’s wrath have yet to be identified but include a 78-year-old man who was electrocuted in the rain while trying to connect extension cords for a generator in Lenoir County, North Carolina.

Other North Carolina fatalities also include three who died ‘due to flash flooding and swift water on roadways,’ the Duplin County Sheriff’s Office reported.

In Kinston, a 77-year-old man was found dead outside of his home, possibly after having been blown over by the wind while checking on his dogs, officials said.

A husband and wife died in a Fayetteville, North Carolina, house fire Friday. 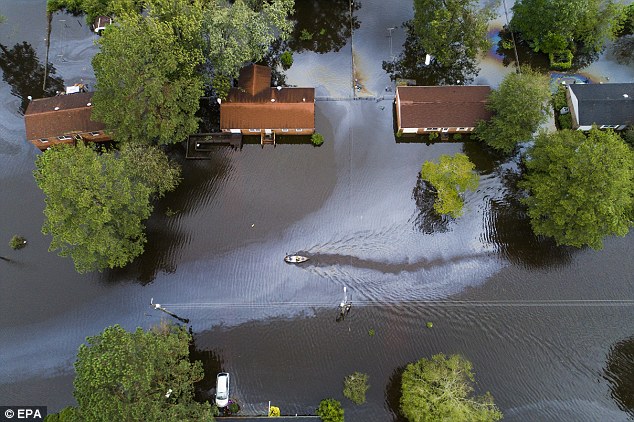 Two people in a canoe paddle through a street that was flooded by Hurricane Florence Saturday north of New Bern, North Carolina Saturday 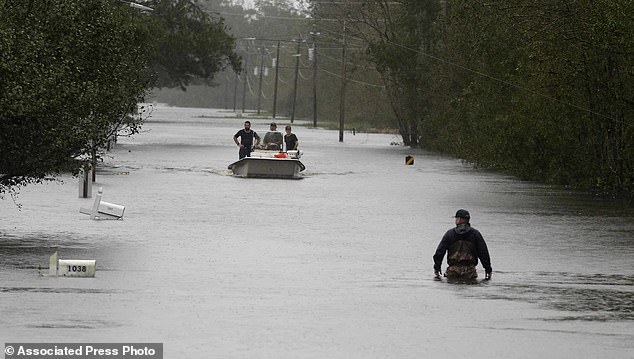 Emergency crews were unable to get to her because of a downed tree in the road after 911 was called to the home.

Operations were stopped when a tree branch fell, shattering the windshield of the machine used by emergency crews to clear a path to get to the woman.

In Wayne County, an 81-year-old man died when he fell and struck his head while packing to evacuate Friday.

‘Flood waters are still raging across parts of our state, and the risk to life is rising with the angry waters,’ North Carolina Gov. Roy Cooper said at a midday news conference Sunday.

‘This storm has never been more dangerous than it is right now,’ he added. 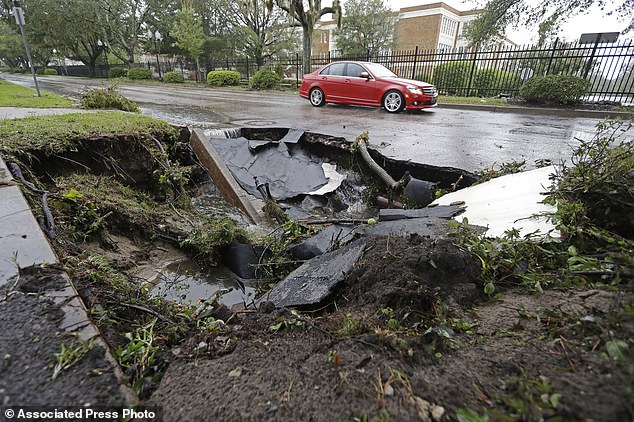 A car travels past a sinkhole in downtown Wilmington, N.C., after Hurricane Florence traveled through the area Sunday, September  16