Protests during the national anthem during NFL games have continued into the second week of the new season.

Oakland Raiders running back Marshawn Lynch sat on the sidelines as usual and two Miami Dolphins players knelt once again, in a supposed show of solidarity with the victims of injustice.

Dolphins wide receivers Albert Wilson and Kenny Stills knelt on the sidelines during the anthem prior to Sunday’s game against the New York Jets at MetLife Stadium in East Rutherford, New Jersey.

Lynch sat on the bench prior to the Raiders game against the Denver Broncos in Denver.

The Raiders running back has been sitting during the US anthem for over a decade, long predating the protests spurred by former San Francisco quarterback Colin Kaepernick – although Lynch famously stood for the Mexican anthem before a game played in City last year. 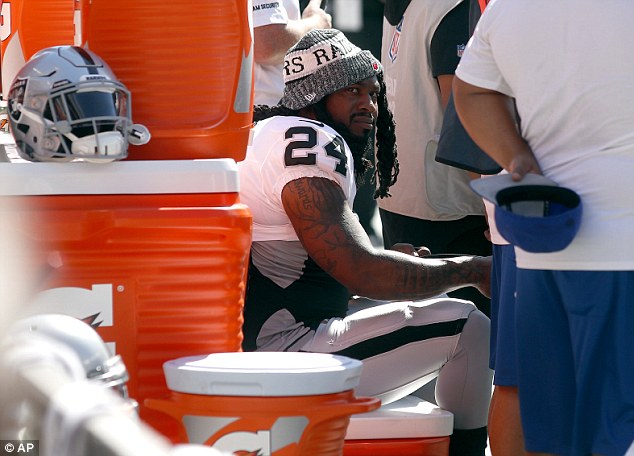 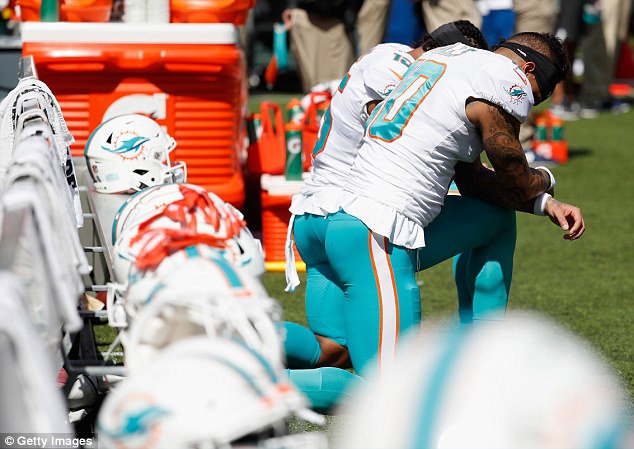 After the Dolphins players Wilson and Stills knelt during the season opener last week, Stills spoke out saying he had no intention of stopping.

‘It’s not going to change,’ Stills said. ‘Activism isn’t something you just kind of get involved in and then turn your back on it.’

‘Once your eyes are open to some of the things that are happening, you continue to work and try to grow and create change for the rest of your life. It’s something I’m committed to forever,’ Stills said.

Stills said the Dolphins, who had established a team policy during the offseason saying that players who protested on the field could be subject to a suspension of up to four games, have not tried to stop him from kneeling.

The Dolphins’ policy and all NFL punishments for protests were put on hold as the league and union negotiate. 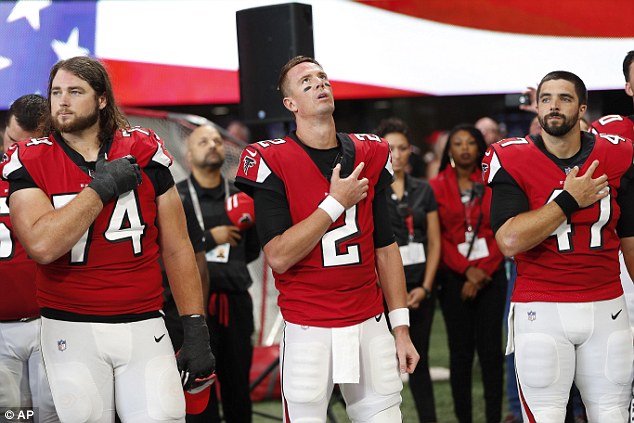 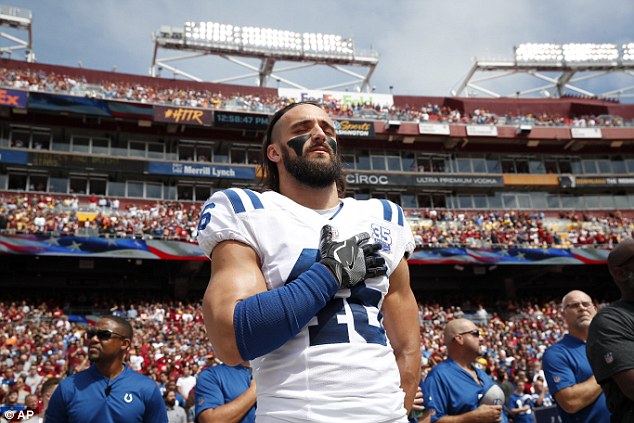 Following the Week 1 protest, Kaepernick tweeted saying that Wilson and Stills ‘continue to show their unwavering strength by fighting for the oppressed!’

‘They have not backed down, even when attacked and intimidated. Their courage will move the world forward!’ Kaepernick continued.

Kaepernick drew national attention in 2016 when he began kneeling during the anthem. He described the action as a protest against racial injustice and police brutality.

The former quarterback opted out of his contract after the 2016 season and has not been signed by another team since. 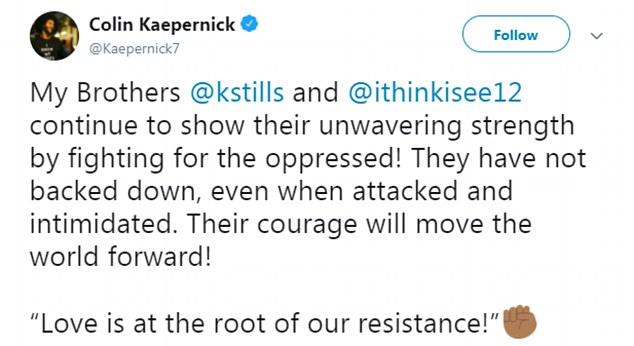 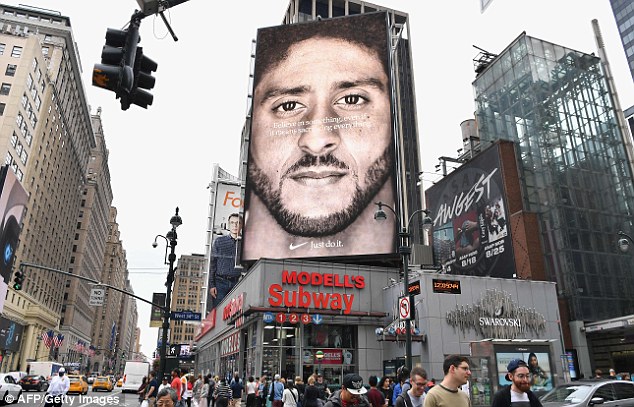 Earlier this month, Nike courted controversy by making Kaepernick the face of their new advertising campaign.

Shares of the Oregon-based Nike Inc plummeted 3 per cent to $79.71 last week after they went public with their decision to publicly back the former NFL quarterback.

But amid talk of boycotts, the company has also seen an outpouring of support from those who back Kaepernick’s message.

The company’s stock rebounded finishing at $83.47 on Thursday, its highest-ever closing price.