may have stumbled across a solution to his crisis and that solution, I’m almost surprised to say, is .

The Belgian was superb on Saturday in numerous ways. He provided vital cover for Chris Smalling and Victor Lindelof. They needed it. They were getting bullied and without Fellaini, United would have drawn that match at best, or lost it.

He was the key that unlocked . With Fellaini functioning as a protector and pivot, then Pogba had licence to go forward and do what he does best. 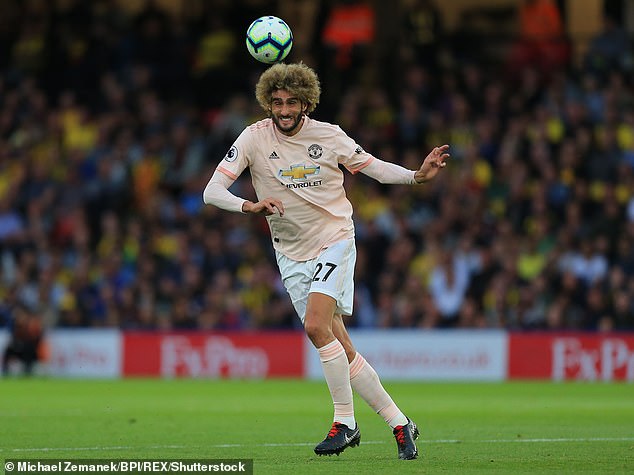 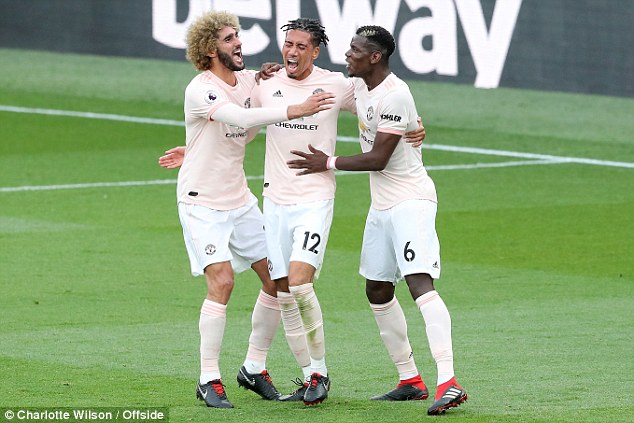 Fellaini, pictured with Chris Smalling and Paul Pogba, played a key role in 2-1 win at Watford

Fellaini allowed Pogba to create, to make things happen, to try to score. And Pogba did that, spraying passes and having shots on target.

Watching the game I got the sense that if you froze the picture at any point when Watford were moving forward, you would find Fellaini positioned somewhere between Andre Gray and Troy Deeney. His physical presence was disruptive and important.

On top of all that, he was getting forward himself at appropriate times. How often since he moved to Old Trafford have we heard the theory that Fellaini is ‘not a United player’? 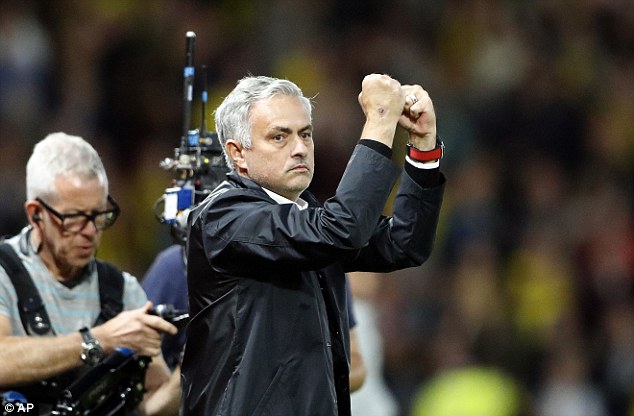 Well on Saturday’s evidence I’d say that Fellaini is now at United doing what got him to Old Trafford in the first place: being dominant in both boxes.

I’m not even sure how you’d describe the role using conventional terminology.

It’s not defensive midfielder, it’s more sweeper, but in front of the centre-halves not behind them – a sort of inverted sweeper. But also someone who can, as the situation allows, support Pogba to go forward.

And this all arose, to my mind, from Mourinho’s crisis of not knowing which central defensive pairing to use – and having confidence in none of his possible permutations there. 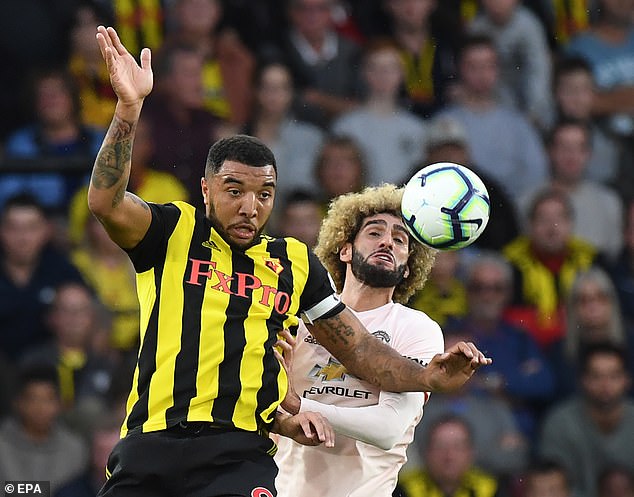 This was the basis of his frustration at the start of the season, knowing in his heart that this fatal flaw means he doesn’t have a team capable of winning the title. And he was rightly criticised for being miserable and moaning about it.

But because necessity demands it, he’s finally done something about that, which is welcome, because Mourinho didn’t become a busted flush overnight. He can still show us how he became the Special One, the tactical master.

Why has Mourinho not done this before? Maybe he didn’t trust Fellaini in the biggest games. Maybe he needed to reach crisis point to see he could.