A local television reporter has jumped in to help rescue a dog from the floodwaters of Hurricane Florence, interrupting a live broadcast to assist.

Julie Wilson, a reporter for affiliate WTVD, was broadcasting on Live on Friday from New Bern, North Carolina when she aided in the Rottweiler’s rescue from a flooded home.

‘Do you think that is safe,’ Wilson asks the woman trying to bring the dog to safety, who said her name was Tasha.

‘It’s my daughter’s therapy dog. I have no choice,’ Tasha responded. 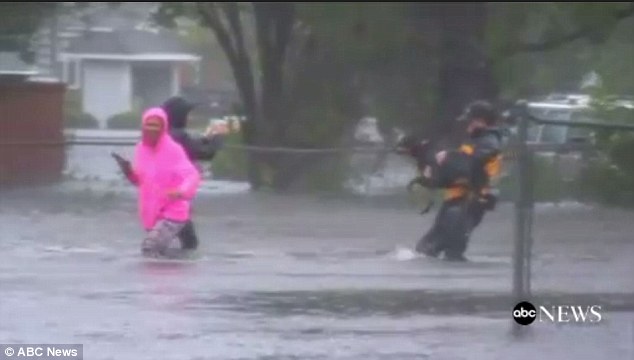 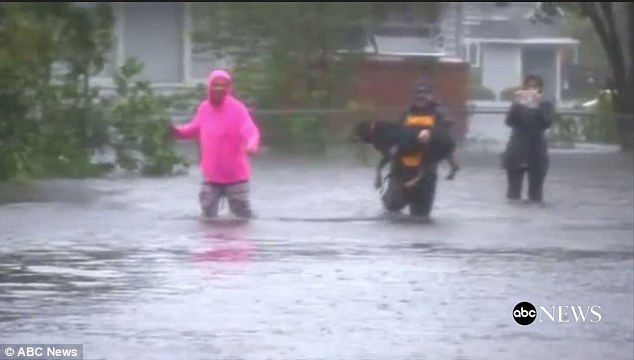 Tasha (left) said the dog was her daughter’s therapy animal, and had been injured

The dog had been injured, according to Tasha.

When Tasha estarts having difficulty maneuvering the animal through the water, Wilson picks up the dog and has Tasha hold the camera.

‘You are OK baby girl,’ Wilson said while carrying the dog to safety. ‘Nobody is leaving the dog in this mess. That’s what we are doing out here.’

As Tasha and her dog begin walking away in shallower waters, Tasha tells Wilson that her son is still inside trying to save one more.

‘They are trying to get out folks. They are doing their best,’ Wilson said before continuing to report on the live stream. 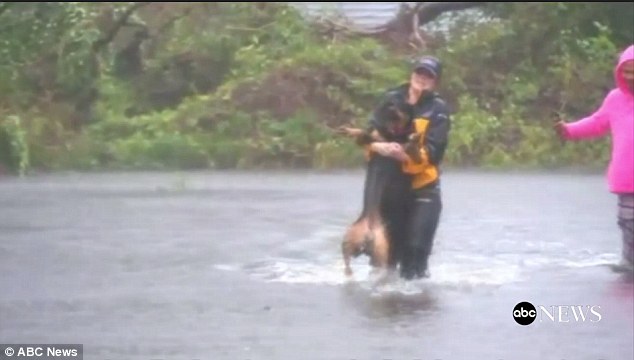 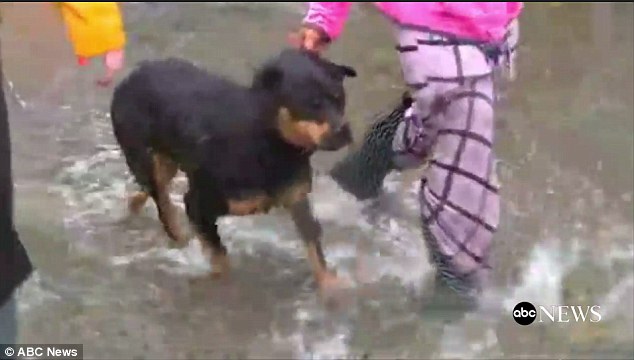 Radar data indicated that maximum sustained winds have decreased to near near 65 mph with higher gusts.

Gradual weakening is forecast while Florence moves farther inland during the next couple of days, and it is likely to weaken to a tropical depression by Saturday night.

However with rainfall totals exceeding 23 inches in some areas already, the threat of deadly flooding persists.

In New Bern, swift-water rescue teams had saved more than 360 people in New Bern by midafternoon Friday, and another 140 were still waiting for help, a city spokeswoman said.

The city was placed under mandatory evacuation orders prior to the storm, but many there and elsewhere chose to disregard the order.