A man has been struck and killed by an SUV after being involved in a car accident.

The unidentified victim was hit by a livery vehicle while crossing Manhattan’s FDR Drive early Saturday morning in.

The two cars pulled over to the shoulder and waited for police to arrive. 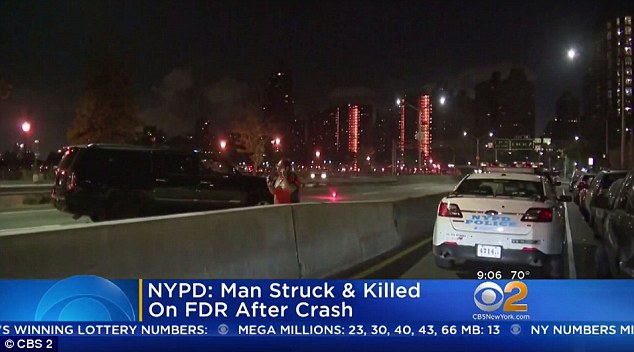 While both drivers waited for police, the victim got out of his car and crossed the highway.

The man crossed the northbound lane when he got struck by a third car – a livery SUV – in the southbound lane.

He was taken to Metropolitan Hospital where he was pronounced dead.

Both drivers remained at the scene are not facing charges at this time, according to NYPD.

The victim’s name has not yet been made public pending family notification. 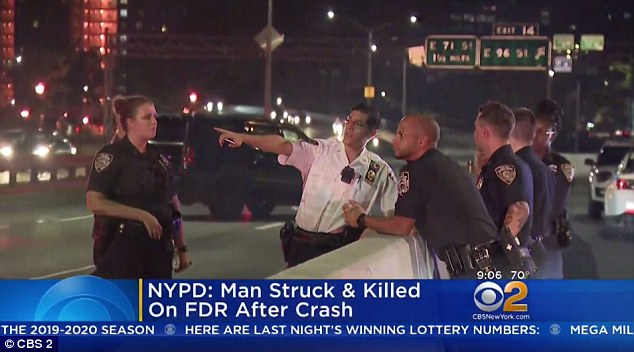 While waiting for police, he crossed into the southbound lane of FDR Drive where he was struck

Cheryl steps out in a sexy black minidress for The Greatest Dancer launch
Boris twists the knife: Johnson blasts May for 'kowtowing' to Brussels
Woman who gave birth to twins at 29 weeks shares photo of pair meeting
Cheltenham guests get into Irish party spirit on St Patrick's Thursday
British Airways WILL remove pilots' perks for three years if they walk out
Racist thug brands Tesco security guard a 'MONKEY' in sickening N-word tirade
Are YOUR portion sizes too big? How packaging size tricks us into eating too much of everyday foods
Surfers battle 45ft waves after Storm Ciara creates 'exceptional' weather conditions