When a cricketer possesses as much natural talent as Jofra Archer it is a matter of when, not if, he plays for England.

What the ECB must decide is whether such a talent is worth special dispensation, as the clock ticks on the most eagerly awaited qualification period since that of Graeme Hick at the turn of the Nineties.

Under the ECB’s guidelines, Sussex’s Barbados-raised Archer, 23, will not become available for selector Ed Smith’s consideration until the back end of 2022. 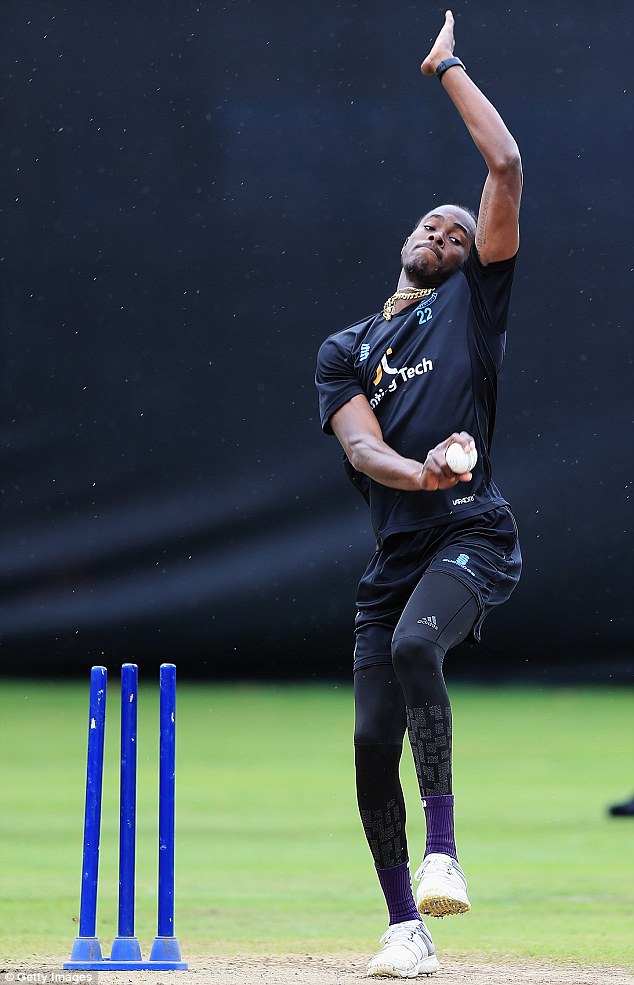 However, a loophole exists that would allow them to make an exception at their discretion and fall into line with the ICC’s three-year sit-out period for switching international allegiances.

That would put him into the equation for next summer’s Ashes and World Cup, and the fast bowling all-rounder is acutely aware that Twenty20 finals day presents an opportunity to make the right impression.

‘There has been no contact but if I do have a good two games here that will be something to help push my case forward,’ said the former West Indies Under 19 player, who has an English father. 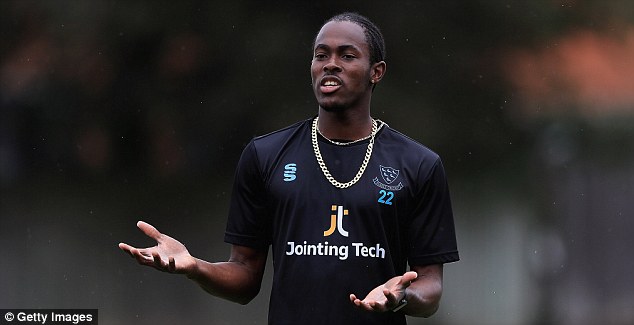 An ability to break the 90mph barrier with the most languid of bowling actions has already gained recognition further afield. He caused such devastation as a Hurricane in Hobart — deputising for Tom Curran at last winter’s Big Bash — that he became £800,000 worth of IPL team-mate to Ben Stokes and Jos Buttler at Rajasthan Royals.

‘It’s nice to know that you are not too far off,’ said Archer. ‘It’s a matter of waiting your time and hopefully getting picked.

‘From a performance point of view, I just want to keep topping up so that eventually I get a call. It’s an exciting opportunity.

‘I didn’t have the best of play-offs so I think it’s time for me personally to get back out there, do well for the team and do well for myself. It will mean a lot to help deliver a trophy for the club.’

Sussex face South Group winners Somerset in Saturday’s second semi-final at Edgbaston, which is set to welcome a record finals day crowd of 24,550. And their captain Luke Wright is unequivocal about the fastest multi-format bowler in the land.

‘Consistently it’s Jof, and with an easy action as well, so it will be interesting next year if England want him. I would be surprised if they don’t,’ said Wright.

‘Twenty20 gives people the chance to put themselves in the spotlight. Jof’s done that all around the world now.

‘We’ve known for a good two years what a talent he is and last winter everyone else found out. We are lucky to have him and if he turns up like we know he can, it’s a huge advantage having him. The bigger the players he is up against, the bigger the event, the more it seems to inspire him.’ 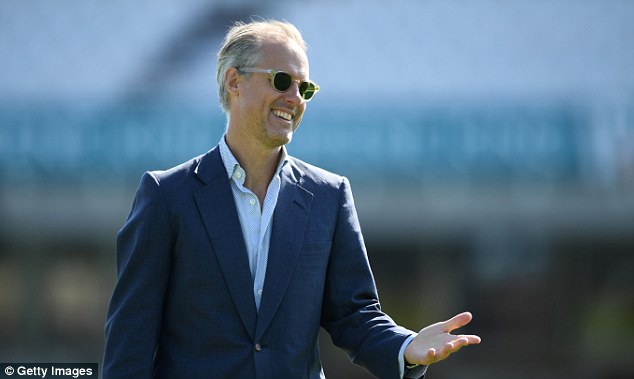 There will be an onus on Archer, Sussex’s leading wicket-taker with 18, to offset the loss of Rashid Khan, the Afghanistan leg-spinner who is unavailable due to international commitments.

Worcestershire are also hamstrung with regard to imported players on their maiden appearance at what is now established as English cricket’s showpiece — with Callum Ferguson called home by South Australia and New Zealander Martin Guptill ruled out through injury.

Moeen Ali returns from starring in the 4-1 Test series win over India to captain the Midlands county against Lancashire, who are boosted by the availability of his England colleagues Buttler and Keaton Jennings.