Simon Yates is set to win his maiden Grand Tour with victory in La Vuelta.

His third-place finish on the penultimate stage extended his general classification lead heading into the largely processional final stage into Madrid on Sunday.

His success will make it five Grand Tour wins in a row for British riders after Chris Froome’s treble and Geraint Thomas’ win at the Tour de France.

Here Press Association Sport takes a look at the stages that made the difference for Mitchelton-Scott’s Yates in Spain.

The short opening time trial provided only a partial sorting, but quickly indicated which of the big names would not ultimately be competing for red as the field thinned out quickly. Richie Porte, suffering from illness, lost time, as did Vincenzo Nibali, who was not fully recovered from the injuries which ended his Tour de France. Yates performed well, losing only five seconds to Movistar’s Alejandro Valverde and picking up time on others.

Having conceded a handful of seconds on stage two, Yates took them back and more on the first mountain stage to the top of the Puerto de Alfacar. His eighth-placed finish vaulted him up to third on general classification, 10 seconds off Team Sky’s Michael Kwiatkowski in red, two seconds ahead of Valverde and 23 up on Nairo Quintana.

Yates had slipped 14 seconds behind Valverde after the veteran Spaniard’s stage eight victory. But Yates put his stamp on the race on stage nine as he took the red jersey off Frenchman Rudy Molard with a ninth-placed finish on the day as Ben King won out of the breakaway. Yates’ lead was tenuous, just one second, going into the first rest day but the jersey was his. 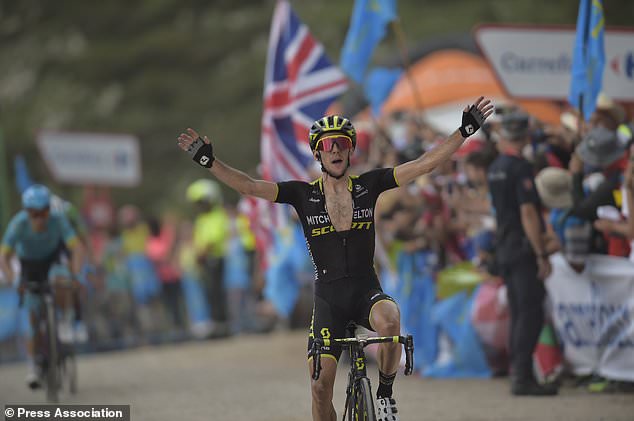 Yates had lost red on stage 12 when the breakaway was given a long leash, but though Spaniard Jesus Herrada proved a popular leader with the locals he was only ever going to be a temporary caretaker of the jersey. Yates reclaimed it with victory on the climb of La Camperona. Though the margin was only a couple of seconds, with bonuses applied he enjoyed a margin of 20 seconds over Valverde and 25 on the Spaniard’s Movistar team-mate Quintana. 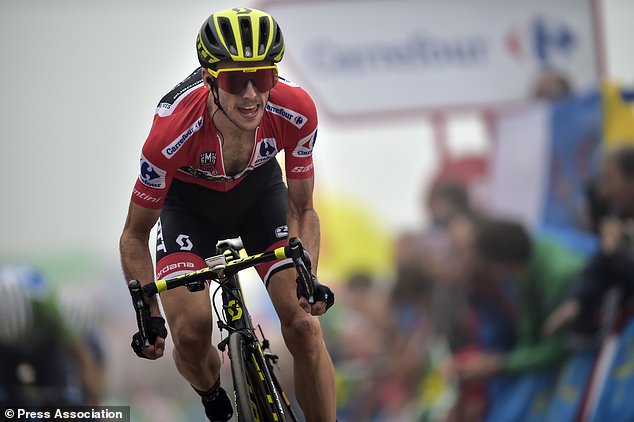 Time-trialling never used to be a strength for Yates, but the 26-year-old underlined both his form and the work he has put into the discipline by finishing as the best of the contenders on the second test against the clock. He only took seven seconds out of Valverde, but it was a statement all the same.

Yates’ lead was still looking tenuous heading into the final two mountain stages but by the end of the first it was looking commanding as he left Valverde for dead on the climb of La Rabassa – essentially a home stage for a man who now makes Andorra his home. Yates finished second on the stage and took 73 seconds out of Valverde once bonuses were factored in, ending the day with a lead of one minute 38 seconds.

Yates eventually settled for third place in the stage, 23 seconds behind young Spaniard Enric Mas (Quick-Step Floors) who pipped Astana’s Miguel Angel Lopez in a sprint finish to move up to second place in general classification, one minute and 46 seconds adrift.

Labor authorities by NEXT MONTH: Liberal Wentworth vote collapses as one other MP Julia Banks quits
Ordnance Survey launch a solar-powered drone that can fly for 90 days at a time
'Haha - it's the hope that kills England!' Jubliant Scottish and Irish fans toast US win
Emmanuel Macron embraces Luxembourg's Xavier Bettel amid Brexit spat
Christian banned from displaying banner proclaiming his beliefs vows to take his challenge to court
Give me a kiss! Polar bear cubs cuddle up to their doting mom in adorable pictures
Jeffrey Epstein's suicide watch companion says that the sex offender was 'not depressed'
Streatham High Road crash leaves elderly woman in critical condition