Chilling CCTV shows a mother-of-two dancing in a nightclub just hours before she was strangled to death by a sex-crazed killer.

Charlotte Teeling, 33, can be seen partying alone on the dance floor in the empty bar.

The clip was recorded just hours before she met Richard Bailey – who then lured her to his bedroom in .

Once inside his room, the mother was strangled to death by the ‘opportunist’ sex killer.

Bailey, 41, has now been jailed for a minimum of 29 years for the murder of Ms Teeling during what he claimed was ‘rough sex.’

She suffered catastrophic injuries to her neck and mouth and sustained a bone fracture near to the base of her tongue, a post-mortem revealed.

He then scattered pornography around her and left her naked on the bed until her body was discovered in a police raid at the address a week later.

Bailey had slept in the same room as his victim’s body – and used her bank card to order chicken nuggets from a takeaway hours after her death. 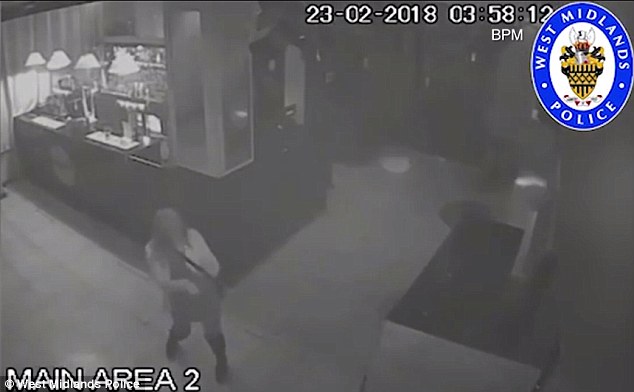 Charlotte Teeling, 33, partied alone on the dance floor in the empty bar at 3.30am

In video evidence released by West Midlands Police, Ms Teeling’s horrific death unfolds hour-by-hour from the moment she arrives at the club – to her final steps into Bailey’s flat.

The troubled mother had been at the Priva bar alone for more than two hours before she died.

After leaving the bar, a bouncer had walked Ms Teeling near to the Bullring shopping centre, where he claimed she had propositioned him, a Birmingham Crown Court heard. 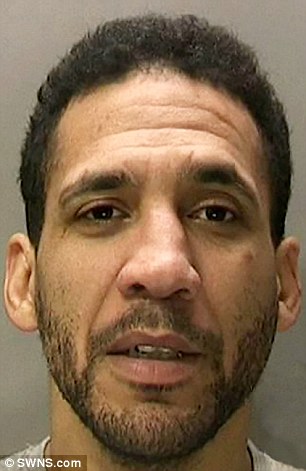 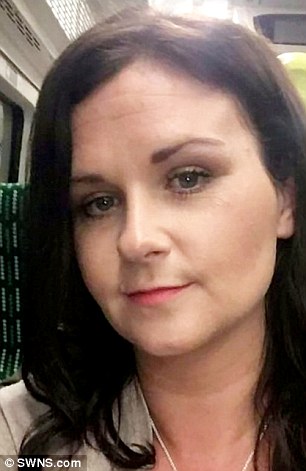 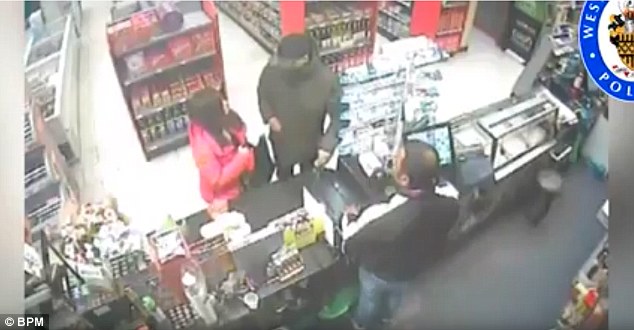 He rejected her advances and left her to make her own way back to the nearby train station.

Shortly after, Charlotte bumps into sex-obsessed Bailey at a Select & Save store in the city centre.

Footage from inside the store shows how they met near the freezer section when he engaged her in conversation.

He is seen swigging a bottle of beer from inside his jacket as he speaks to her.

Bailey appears to pick up a can which Miss Teeling pays for at the till. The pair then embrace several times, kissing and hugging inside the shop.

They leave the store at 6.18am before getting into an A2B taxi back to his flat.

During the journey they stop off to get some cash – where they are caught on camera kissing. Miss Teeling then made a call to a man believed to be a drug dealer, jurors heard.

At around 7.08am the pair can be seen arriving at Bailey’s accommodation. 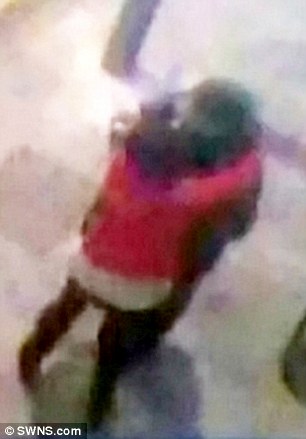 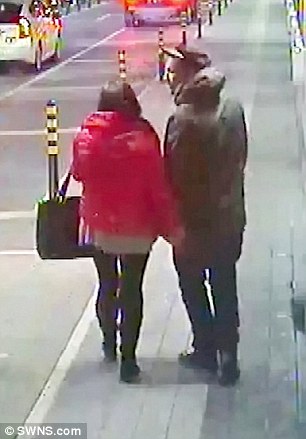 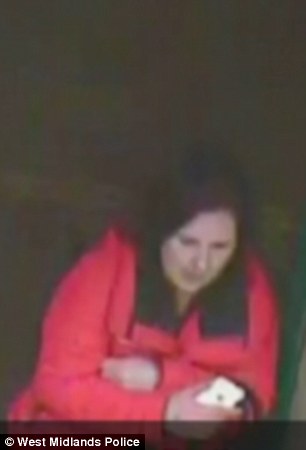 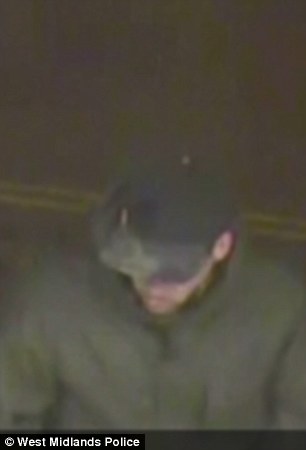 Tragically, this is the last known footage of Miss Teeling alive.

It is believed she was brutally killed between 9.30am and 11.30am that morning – after Bailey had used her bank card to buy himself beer.

As Charlotte lay dead in Bailey’s bedroom with pornography scattered around her, he callously used her bank card to buy chicken at a takeaway.

CCTV footage shows him tucking into a meal shortly before 11pm as he pays for it using Charlotte’s money. 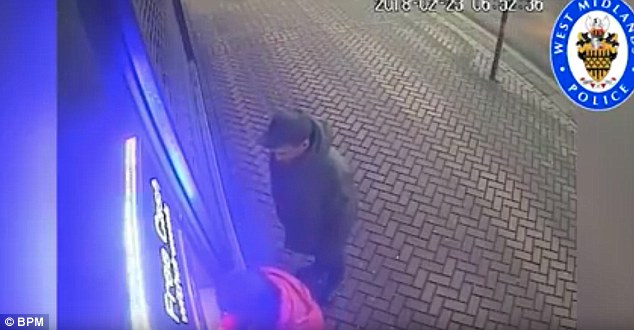 On Wednesday, September 12, Bailey was sentenced at Birmingham Crown Court to life imprisonment, to serve a minimum of 29 years.

Sentencing, Judge Patrick Thomas QC said: ‘I have a very strong suspicion that your intention when you asphyxiated and suffocated Charlotte was indeed to kill.

‘She was a mother, a daughter, a sister and a friend. Her life recently had not been happy, but she was herself generally optimistic about the future.’

Woman posts rant on photo of a woman breastfeeding in a restaurant – but all is not what it seems
Professor Green forced to CANCEL his UK tour as he suffers neck fracture
TIG unveils EU election candidates including Boris Johnson's sister
Church of England is to recognise monasteries for the first time since the days of Henry VIII
Sky TV presenter Kay Burley heads east on British Airways' new direct service to Osaka
Strictly Come Dancing launch 2019: The stars arrive for this year's glittering inauguration
Crown Princess Mary looks chic in a Chanel-style dress as she visits the House of Denmark
Britain's biggest lottery winner Colin Weir dies aged 71