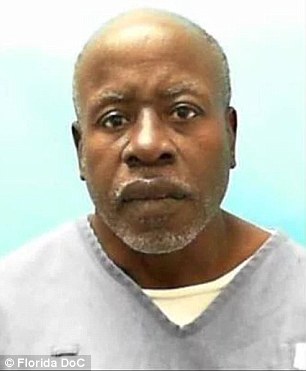 A inmate gouged out the eyeballs of his cellmate then cut off his ear and wore it around his neck as a necklace after the two got into a fight.

The killer, who remains unnamed, silently conducted his attack where he brutally strangled his cellmate 58-year-old Larry Mark and mutilated his face, gouged out his eyeballs and plopped them into a cup.

Prison guards at Columbia Correctional Institution in Lakeside had no idea that Mark had horrifically murdered his cellmate on Thursday.

But soon everyone learned of the bloodbath after the cellmate marched into breakfast on Thursday, proudly wearing his Mark’s ear as a necklace, according to the .

The killer allegedly became angry at Mark for pestering him and murdered him hours before a gang-related knife fight broke out in another wing of the prison.

The killer had also reportedly told other inmates that he planned to eat Mark’s eyeballs.

Mark was serving a life sentence for murder ordered in 1981. He was just 20 when he and an accomplice hailed a cab and crushed the driver’s skull to steal the $35 and a wedding ring. His next of kin have been notified of his death. 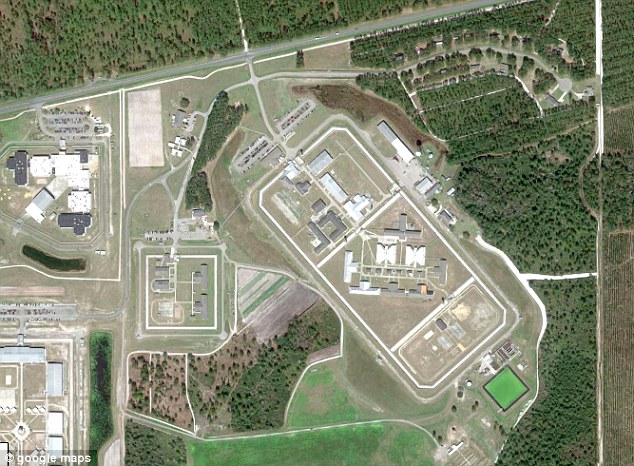 The killer, who has remained unnamed, strangled Mark to death, gouged out his eyes and put them in a cup, then cut off his ear and wore it as a necklace to breakfast, where prison guards realized what he had done. Columbia Correctional Institution in Lakeside pictured above

The killer had recently been transferred to Columbia from Florida State Prison, where he was on Death Row.

Prison officials say Columbia houses some of the state’s most violent inmates.

The cellmate murder has rattled the compound that has a shortage of corrections officers and limited resources leaving a single guard in charge of up to 250 inmates at a time.

A representative for the Florida Department of Corrections said to the Herald that the incident was ‘intolerable’.

‘Any loss of life at the hands of an inmate is intolerable, and we are working with our partners at FDLE to investigate this death and ensure anyone responsible is held accountable to the fullest extent of the law,’ representative Julie Jones said.

‘Florida corrections officers have an extremely difficult job, and we ask and expect a lot of them, despite the staffing challenges that exist at our institutions. The nature of this work is inherently dangerous, but I know that our more than 17,000 dedicated officers are committed to our public safety mission and do an outstanding job, day and night, to supervise the 96,000 inmates in our custody,’ she added.

Victory for the Mail on Sunday as the government pledges £13million in funding to help parks
Hundreds of Instagram stars are 'irritating' Notting Hill locals by posing for snaps on their steps
Woman in 60s is arrested after 67-year-old man dies of multiple stab wounds to his chest and head
Annunziata Rees-Mogg slams Britain's broken political system
Coroner warns social media is 'normalising self-harm' after a schoolboy, 13, hanged himself
Jilted mistress Simin Doyich who stalked him and his wife doesn't get prison sentence
John Suchet reveals how he and his wife came together through shared grief
Hong Kong in flames: Students set fire to entrance of university as police storm campus