Our secret scout is a top football expert who attends matches each week searching for the next star. He’ll bring you his verdict exclusively for Sportsmail. 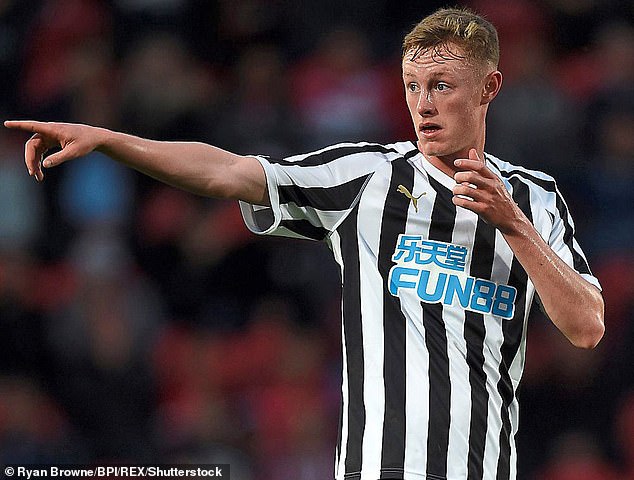 WHAT HAS HE GOT?

This tall passing midfielder has many admirers in the Newcastle ranks but may have to be patient for an opportunity as the club need experienced players if they are to rise up the table.

Quite upright, he shows a confidence in his play as he uses his colleagues intelligently with simple, straightforward passes. He never tried anything too difficult — maybe he did not wish to make risky passes for fear of failing — but played well within his characteristics. He rarely got caught in possession in midfield and played slightly deeper than his partner with less emphasis on getting forward.

When confronted, he never panicked and was more than aware of where his next intended pass was going to end up, often spraying the ball 30 to 40 yards to his wide man on the touchline. Defensively, he moved into good positions and stayed close to his opponent when he crossed the halfway line in possession.

His stamina seemed OK and his bravery could not be disputed. He has body strength and looks as though he won’t be overawed when given the opportunity on a bigger stage. He more than coped in a recent League Cup tie at Nottingham Forest. I am sure that when the opportunity arises the Newcastle fans would welcome ‘one of their own’. 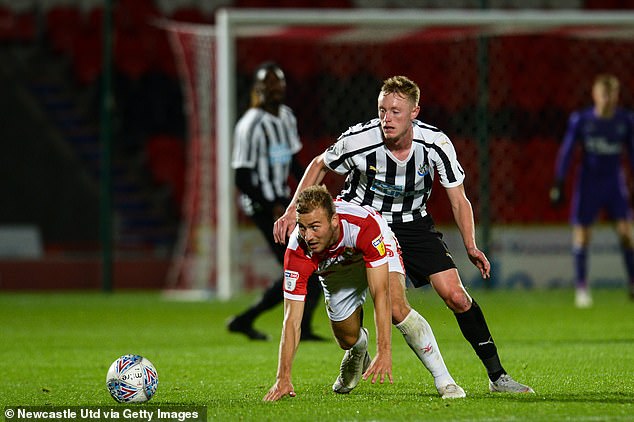 WHAT DOES HE NEED?

Once, when dwelling on the ball and getting robbed, he reacted and was shown a yellow card. However, he redeemed himself brilliantly minutes later when he took an opportunity to go past an opponent and knowingly induced a foul and a yellow card for an obvious obstruction. He scored plenty of goals on loan at Blackpool last season but, watching him, I see a player who could sit in front of the back four and keep play flowing with his very accurate passing.

I was unsure from this viewing whether he had a change of pace. However, I saw shades of another Geordie, Michael Carrick, who was probably very similar in his early days.