Princess Eugenie has shared a sweet throwback snap showing her eating candy floss, amid rumours her wedding will have a funfair theme.

The royal, 28, posted the childhood picture on , which she captioned: ‘to really cool moments in life!!’

The cute image shows a four-year-old Eugenie, dressed in a checked blazer and jodhpurs, tucking into her candyfloss while at the Royal Windsor Horse Show in 1994.

The post comes just a month before Eugenie weds her wine merchant fiancé Jack Brooksbank, 32, at St George’s Chapel, Windsor Castle – the same venue where and Meghan tied the knot in May. 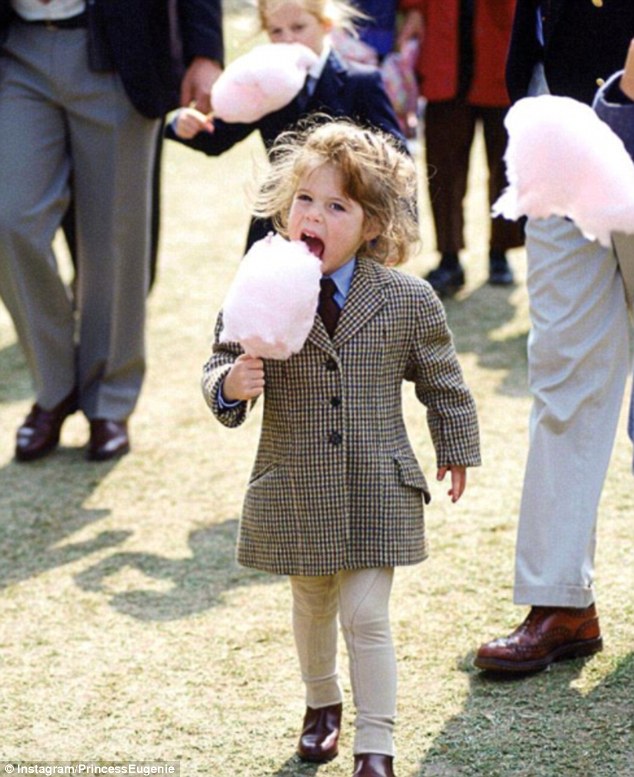 Princess Eugenie has shared a sweet throwback snap showing her eating candy floss at the Royal Windsor Horse Show in 1994, at the age of four (above)

More details about the wedding have emerged over the past week, with Peregrine Armstrong-Jones – the party planner behind the Beckhams’ lavish nuptials –  hired to organise the coupe’s reception.

Sources have suggested that the reception at the Royal Lodge, the Yorks’ residence in Windsor, will be a relaxed affair with a ‘festival and funfair’ theme.

‘After the more formal celebration at Windsor Castle on Friday, the Saturday bash will be a relaxed party,’ the insider told the .

‘There will be dodgems and funfair rides, coconut shies, lots of food stalls, loads of cocktails, bloody Marys for the hangovers and a festival vibe.’ 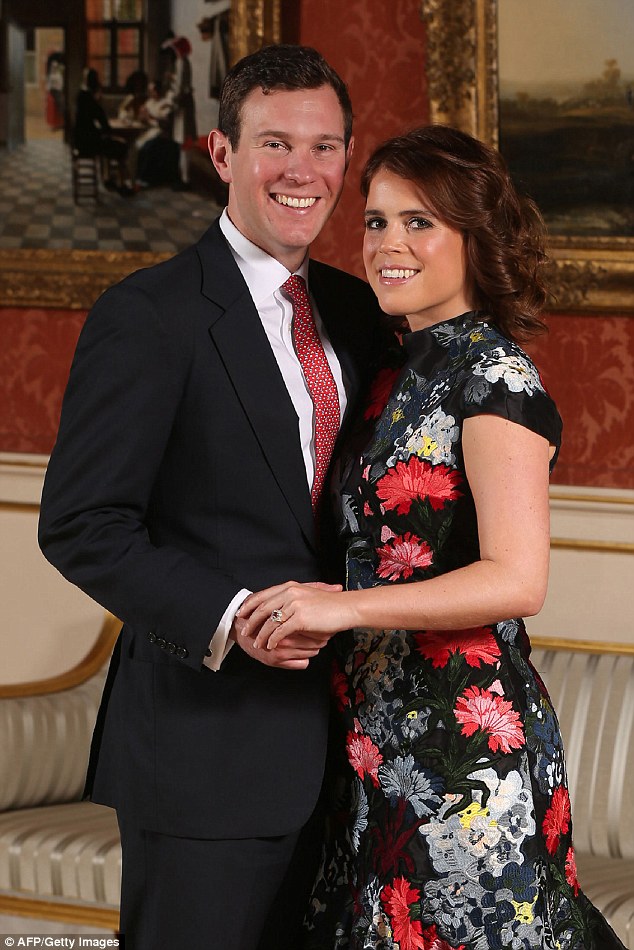 It comes amid rumours that Eugenie, 28, and her wine merchant fiancé Jack Brooksbank, 32, (pictured following their engagement announcement in January) are set to have a ‘festival and funfair’ themed reception

Meanwhile, it was revealed that Eugenie and Jack’s wedding will be officially be bigger than Harry and Meghan when it comes to the guest lists.

The couple are understood to have invited more than 850 guests, meaning that extra chairs will have to be brought into the chapel, which seats just 800.

In comparison Harry and Meghan invited just 600 guests to their wedding at the same venue in May.

The couple are also thought to have chosen a more formal dress code than the Duke and Duchess of Sussex. 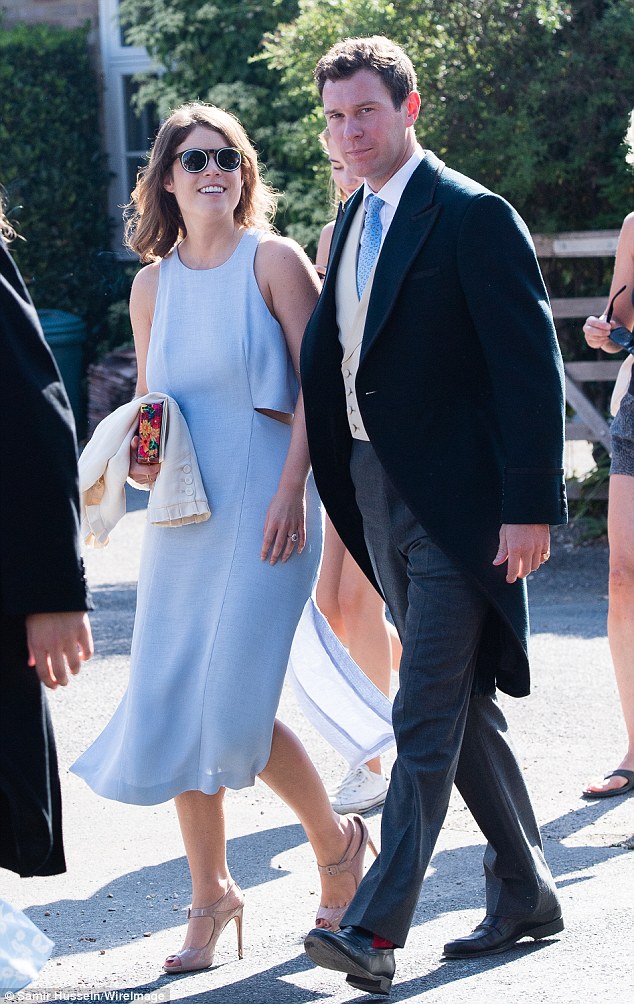 Eugenie and Jack (pictured at the wedding of Charlie Van Straubenzee in August) are believed to have gone for a more formal dress code than Prince Harry and Meghan, with men asked to wear morning coats 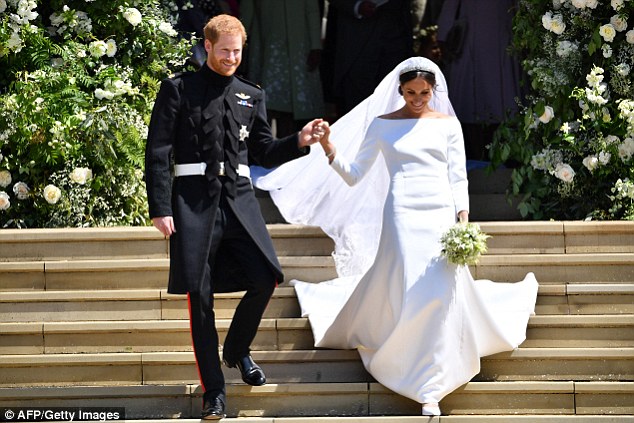 The couple are also believed to have invited 850 guests to the ceremony at St George’s Chapel, in contrast to the 600 guests invited by the Duke and Duchess of Sussex (above on their wedding day)

They are said to have requested men wear morning coats to the nuptials, according to a purported copy of Eugenie and Jack’s wedding invitation which has been published by .

In contrast Harry and Meghan gave men the option of wearing a morning coat, military uniform or a more casual lounge suit to their wedding.

Eugenie and Jack will tie the knot on October 12, at St George’s Chapel, which will be followed by a formal reception at Windsor Castle.

The wedding party is understood to be taking place the follow day in the garden of the Royal Lodge.