A grieving mother has shared the touching video message she had her young sons film for their ailing dad – despite knowing he had died the day before.

Kalli Jefford, 30, a full-time mother from Corby, Northamptonshire, decided not to tell her sons Harrison, eight, Ashton, seven, and Jakson-John, five, that their father John Halward, 51 had died on Christmas Eve, so that they could still enjoy the festivities.

John had been in hospital since developing vascular dementia linked to his type 1 diabetes, so they didn’t questions his absence at Christmas.

Kalli, who finally broke the news to their little boys on January 2 this year, said it was ‘torture’ not telling her children immediately, but that she hadn’t wanted them to associate Christmas with something so devastating.

The boys can be seen wishing their father a merry Christmas in the moving footage filmed after he had passed.

Kalli told how John, who was on the waiting list for a pancreas and kidney transplant, was an organ donor, and that learning his liver had saved another life after his death had helped to ease the family’s grief at his passing.

When they later discovered their father, John Halward, 51 – who ironically needed a pancreas and kidney transplant – had saved another life by donating his liver, their pride at his amazing Christmas-time gift eased their grief at his passing. 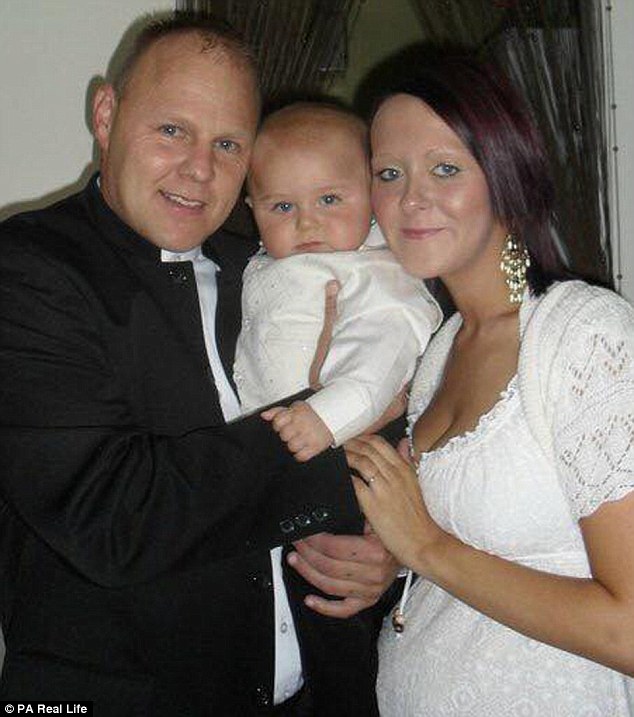 John Halward, their son Harrison and Kalli Jefford in August 2010 at Harrison’s christening. The father tragically died the day on Christmas Eve 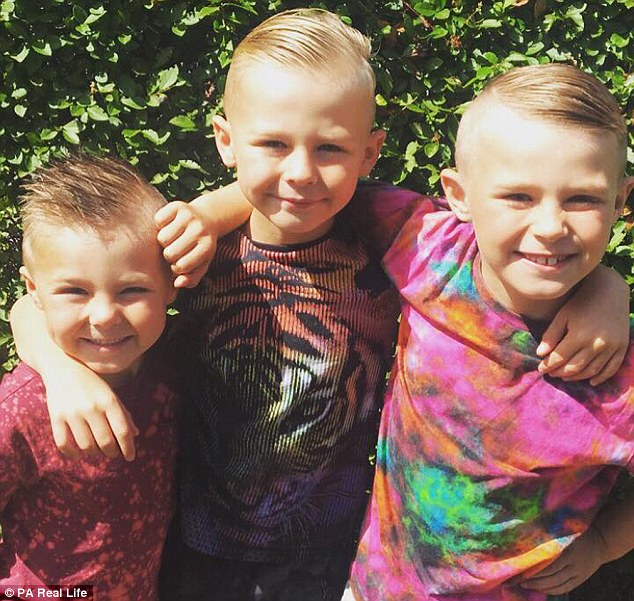 Kalli didn’t tell her three sons Harrison, eight, Ashton, seven, and Jakson-John, five, until January that their dad had died as she didn’t want to ruin their festive joy

Kalli said of the heartbreaking loss in Christmas 2017: ‘Not telling them [the children] immediately was torture.

‘I waited as I didn’t want them to remember Christmas just for something so devastating.

‘By then, a nurse at the hospital had called me, saying that John’s healthy liver had been successfully transplanted,’ she said.

‘Imagine, whoever was waiting for a liver, getting that call over the festive period, saying all their wishes had been granted by our John – what an amazing gift.

‘It meant that, when I told the kids their daddy had gone, I could also explain that one part of him was keeping someone else alive, and we should all be very proud of that.

‘A new organ was the best Christmas-time gift any family could ask for, so while we were in turmoil at losing John, something good had come out of something so bad.’

When Kalli finally told her sons, nine days after John’s death, she said they already sensed that he had gone. 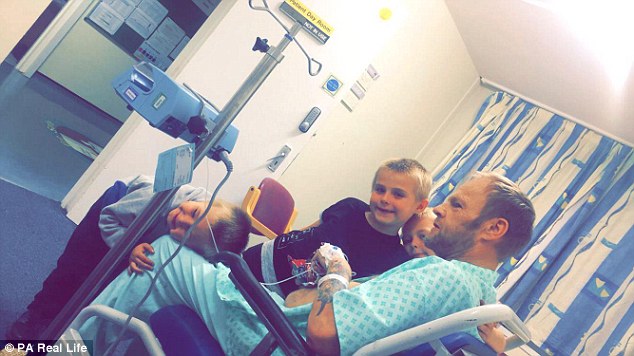 John in hospital in October 2017 with sons Jakson-John, Harrison and Ashton, who frequently visited him

She recalled: ‘I sat down with them on the living room floor and told them there was something I had to say about Daddy and they started crying, as if they already knew.

‘I told them he’d died on Christmas Eve, but that his liver had saved another life. It was the hardest thing I’ve ever had to do.’

Kalli started seeing John after going to a club where he worked in Essex with friends in October 2008, soon falling in love and starting a family together, despite her initially thinking he was a ‘ladies’ man.’ 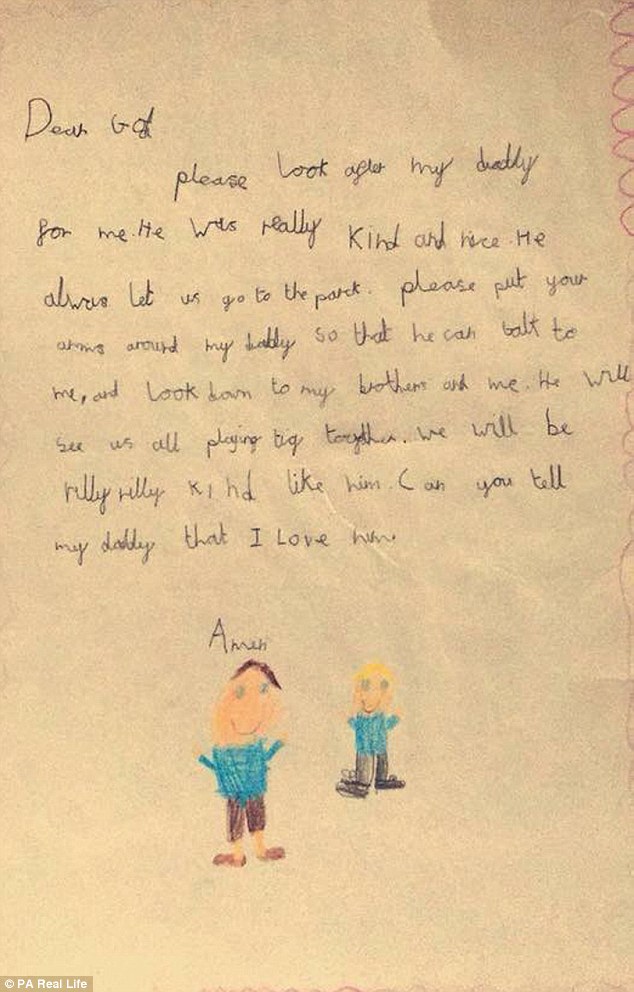 A type 1 diabetic, meaning his body was not producing enough insulin, he needed daily injections of the hormone, to keep his blood glucose levels under control.

But John still ate food with high sugar content – mismanaging his condition and eventually damaging his health. Things came to a head in November 2015 when, after a regular blood check, he was admitted to a local hospital, with his kidney function at a worrying 30 per cent.

Given tests and dialysis, to remove waste products and excess fluid from the blood as his kidneys had stopped working properly, medics said John needed a kidney and pancreas transplant. 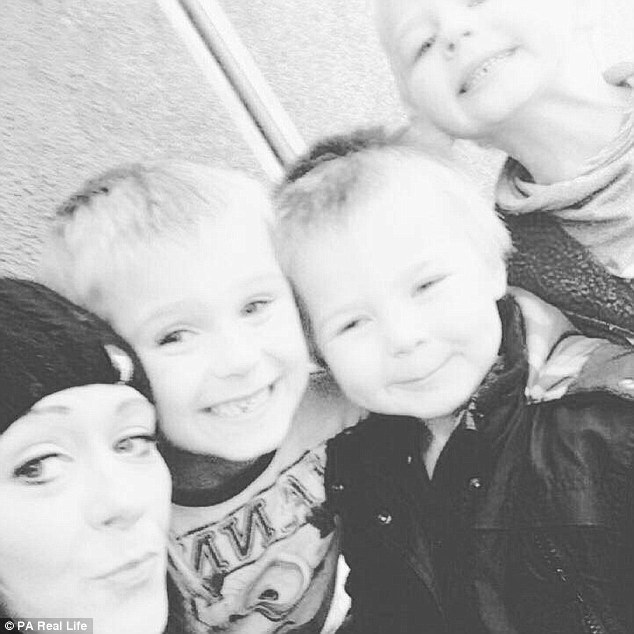 Kalli, who is now encouraging people to sign up to be a donor, with Harrison, Jakson-John and Ashton

‘He was put on the register and we had no idea how long we would need to wait,’ Kalli said.

‘We felt hopeful that they would find him a donor and he could become well again.’ 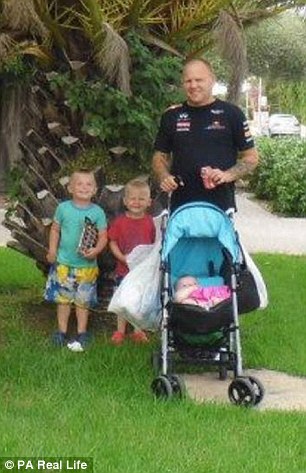 ‘He completely changed,’ said Kalli. ‘He would say, ‘What sort of life have I got now?’ when he had to give up work and barely had the strength to play with the kids.

‘The kidney failure made him so short of breath, tired a lot of the time and sometimes confused.

‘Then, in April 2017, he became so poorly that having carers in twice a day wasn’t enough and he needed to be taken care of full-time at a nearby hospital.

‘Not having John at home was devastating for us all, but he was so poorly and so desperate for the transplant, that hospital was the best place for him.’

Tragically in June 2017, aged 51, John was diagnosed with vascular dementia, a condition linked to his diabetes and thought to be caused by damage to the blood vessels that deliver nutrients to the brain.

After being a ‘brilliant dad,’ according to Kalli, there were days when he even forgot who his own children were. 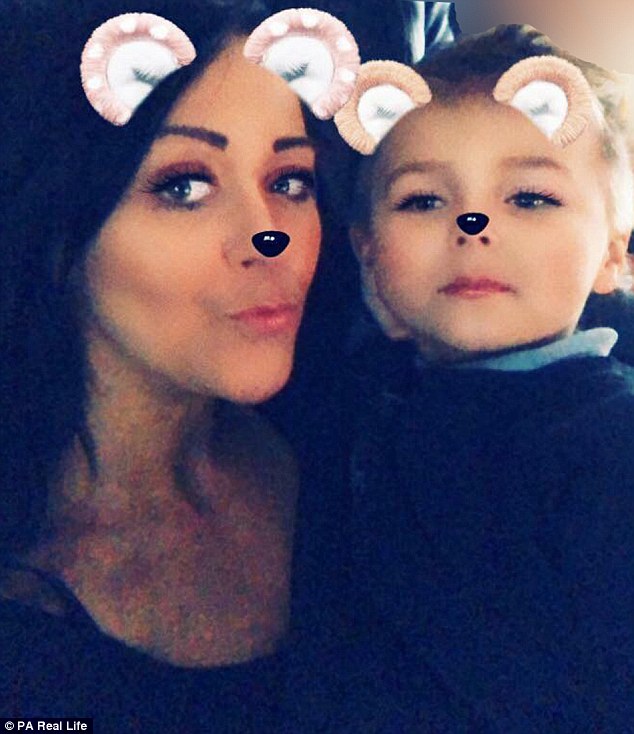 Regularly visiting him in hospital, the family still hoped a successful transplant would solve John’s problems.

As Christmas 2017 approached, they hoped to bring him home to celebrate the festivities with his family.

‘I was meant to be picking him up on Christmas Eve and had decked the house out to feel like a winter wonderland, as well as buying gifts for John to give to the kids,’ said Kalli.

‘I wanted it to feel like a proper family celebration, with all of us together and the kids were ecstatic at the thought of having him home.’

But when Kalli arrived at the hospital she was told John was in intensive care. 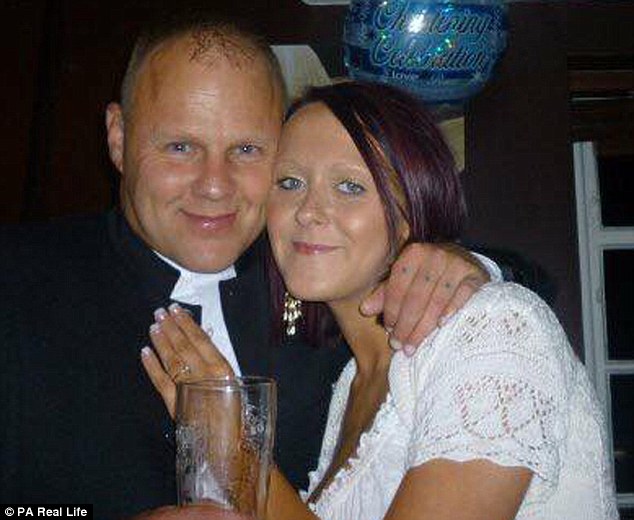 ‘I wanted it to feel like a proper family celebration, with all of us together and the kids were ecstatic at the thought of having him home.’ Said Kalli

‘When I got to the ward, the doctors said John had died,’ she recalled, tearfully.

‘They’d had to put him in a coma, after finding a bleed on his brain, but said he didn’t have any brain cell function and had died.

‘I was devastated. The kids were at home, eagerly awaiting their daddy for Christmas, and there he was, lying dead in his hospital bed.’

Planting three kisses on John’s cheeks – one for each of their children – Kalli told him she would always love him and asked doctors what would happen next.

They told her he was on the organ donor register – something she had not been aware of – and, after speaking with his children from two previous relationships, his body would be operated on as soon as possible.

Kalli, who decided not to tell their boys of his passing until the festivities were over, said: ‘I had no idea he was on the register, but knew it was what he would have wanted, as he had always said how important it was, because he, himself, was waiting for a new organ.’ 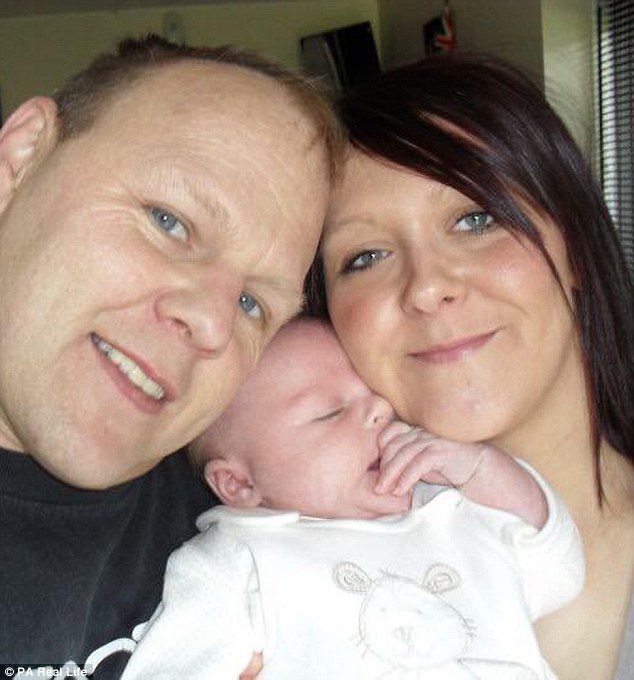 Now Kalli is determined to make sure more people join the organ donor register and backs plans for a new opt-out system, waiting for parliamentary approval, which could be in place in England by 2020.

It will mean adults will be presumed to be organ donors, unless they record their decision not to be.

‘Even by me just sharing John’s story on Facebook, at least five people have told me they have registered to be organ donors,’ said Kalli.

‘It is such an important issue for us to talk about.

‘We still think about John every day and will never forget him and knowing that his organs were used to save another life means he didn’t die in vain.’

Anthony Clarkson, Interim Director of Organ Donation and Transplantation at NHS Blood and Transplant, said: ‘I want to offer my sincere condolences to Kalli and her family on their tragic loss. 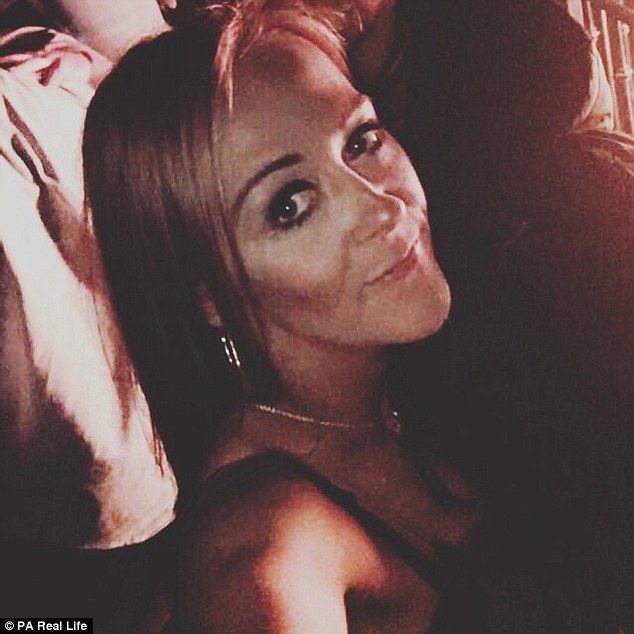 Now Kalli is determined to make sure more people join the organ donor register and backs plans for a new opt-out system, waiting for parliamentary approval, which could be in place in England by 2020

‘It is even more tragic that John died because the lifesaving kidney and pancreas transplant that he so desperately needed never happened. I hope they find comfort in John’s inspirational decision to donate his organs for transplant and through that gift, he gave others the new life that so sadly was never given to him.

‘Tragically, an urgent lack of organ donors means that three people are dying every day in need of a transplant.

‘Others may spend years on the waiting list, their lives on hold waiting for a selfless organ donor and their brave family to agree to donate their organs for transplant.

‘If more families talked about organ donation, more lives could be saved. Please, let your family know your decision and ask them if they want to be donors. Don’t leave your family guessing what you would have wanted to happen.’

Free Girls interviews an 11-year-old drag queen Leo Noakes
Britain's 'brainiest little one' is smarter than Einstein with an IQ of 171
Father who placed on FOUR STONE in simply six months transforms his 'dad bod'
That is what 56 appears like: Mom-of-four shares her secrets and techniques
The precise approach to Give up your job - together with retaining it temporary
Bella Thorne will play Michelle Carter in new Lifetime film
Australian personal trainer Melissa Whitelaw reveals what she eats
Queen Letizia meets members of the Prado Museum