Armed with a bag of popcorn, embarked on the final stage of a manic schedule – a 21-hour flight across 9,374 miles.

It took him from New York to , arriving late on Wednesday night, before a long sleep through into the afternoon. He then showed up at 6pm local time for his press briefing ahead of Sunday’s night race amid the skyscrapers of the city state.

There he faced questions about his itinerary – a total of 53 hours in the air since the previous race in Monza a week last Sunday. 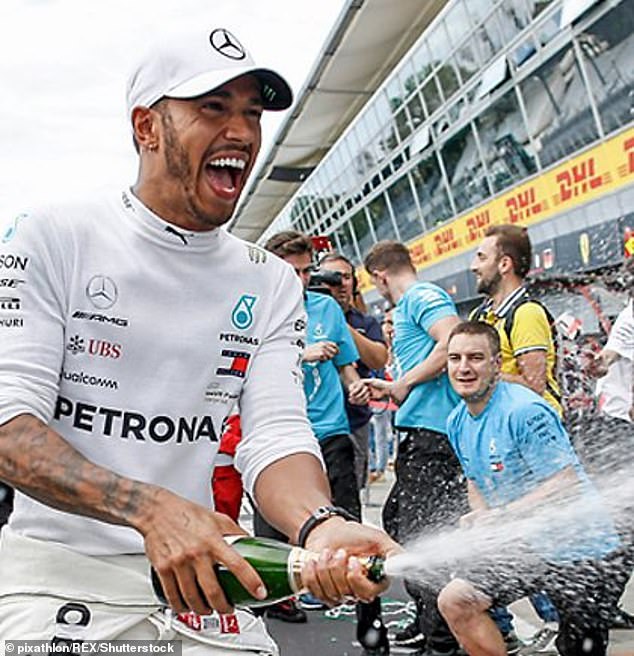 Monza, September 2: Lewis Hamilton gets ready to jet off after his win in Italy

Can this extravagant schedule possibly help him extend his 30-point lead in the drivers’ championship when his rival at Ferrari, Sebastian Vettel, has done nothing more strenuous than a spot of fishing on the family farm in Switzerland? Is Lewis not gambling with his senses? 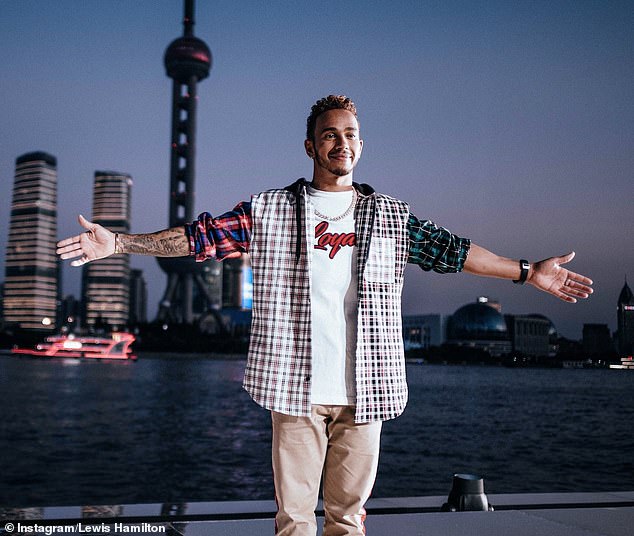 Shanghai, September 5: Hamilton shows off his new wardrobe as part of his Hilfiger deal 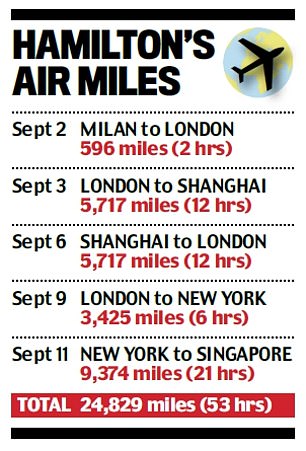 ‘Not at all,’ he said. ‘I get a lot of energy from doing different things. I find it stimulating. You will see that my results have shown this in the past several years.’

That is a fair point. Hamilton started his extensive travelling routine after slipping his father Anthony’s managerial leash some eight years ago, since when he has won three more world titles and captured the form of his life. A busy schedule would seem to beat staring at a wall in his Monaco flat, with only his thoughts for company.

‘I have got other things that I am doing while travelling — trying to fit in my training, for example,’ said Hamilton.

‘The last week has been very busy. But, however much I travel, I seem able to switch into race mode. There is not a single moment when I am not thinking about racing, the championship and how I want to arrive.’ 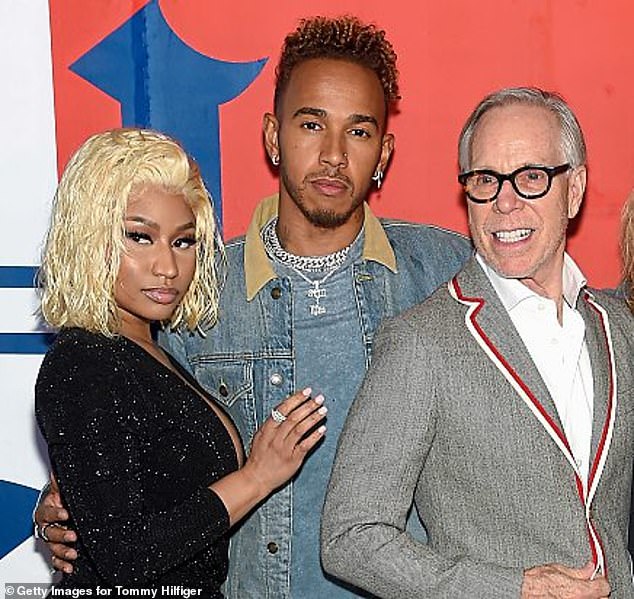 Hamilton showed no ill-effects from the flight last night, looking bright-eyed after taking off his sunglasses.

He complained about the strength of the lighting in the press conference room but that is a recurring fixation of his rather than a reflection of tiredness.

Hamilton brought the Hilfiger sponsorship deal to Mercedes through his friendship with Canadian model Winnie Harlow and was made a global ambassador for the company before collaborating on the new range. As well as his fashion duties, he shared what he called a ‘date night’ with his mother Carmen during his second trip on to British soil. 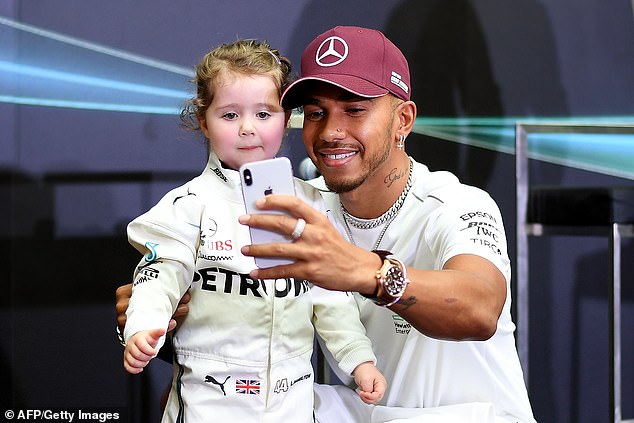 Thursday in Singapore: The Briton takes a selfie with a young girl at the end of his epic tour

Hamilton is helped (or hindered, depending on where his body clock is) by the scheduling of the Singaporean Grand Prix.

Each session is held late so team personnel can stay strictly on European time – at least if you do not mind knocking back your final nightcap at 6am.

Ahead of practice here on Friday — which goes on until 10pm local time — Vettel was still being asked about the Monza race, when his silly early error let Hamilton in to claim one of his finest career wins on Ferrari’s home asphalt.

‘My biggest enemy is me, not Lewis as a person, or Mercedes as a team,’ said Vettel. ‘We have a great car. We need to look after ourselves, and, if we do that, we have a good chance to win races.’

Judging by their demeanours on Thursday, it was Vettel, not Hamilton, who was the more careworn, if less travelled, of the championship contenders.