Department stores including Harvey Nichols and Fortnum & Mason have smashed their windows to mark 100 years since women in Britain got the vote.

The leading department stores are taking part in the campaign to recreate suffragette protests from 1912, when their shop windows were smashed by women fighting for the vote.

Dr Helen Pankhurst, the great-granddaughter of Emmeline Pankhurst, was among those who took a crowbar to the windows of Harvey Nichols’ flagship store in Knightsbridge, west London.

Meanwhile, the windows at Fortnum & Mason has dedicated two of its iconic windows to the cause, creating the effect of smashed glass.

Harrods has also joined in the campaign by unveiling three window displays dedicated to commemorating the suffrage movement. 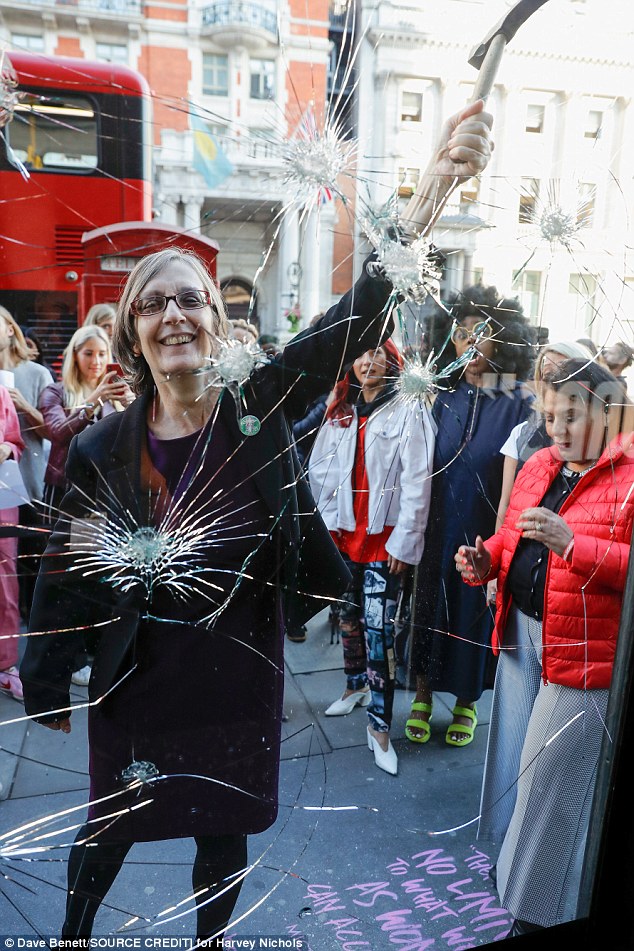 Department stores including Harvey Nichols have smashed their windows to commemorate the suffragette movement. Dr Helen Pankhurst was among those invited to do the honours The displays are part of the Mayor of London’s #BehindEveryGreatCity campaign to mark the centenary of the first women in the UK getting the vote.

During the 1912 protests, the windows of Harrods, Harvey Nichols, and Fortnum & Mason department stores were smashed by the suffragettes in a political statement to highlight that the government cared more about buildings than a woman’s life.

A number of women including TV presenter Anita Rani were invited to Harvey Nichols to smash the shop front windows on Thursday.

Speaking about the campaign, Helen Pankhurst said: ‘One hundred years ago, my great-grandmother Emmeline rallied women across London to use “deeds not words” to raise awareness of the inequalities women faced.

Fortnum & Mason has dedicated two of their iconic windows to the cause, creating the effect of smashed glass. The campaign recreates the suffragette protest from 1912 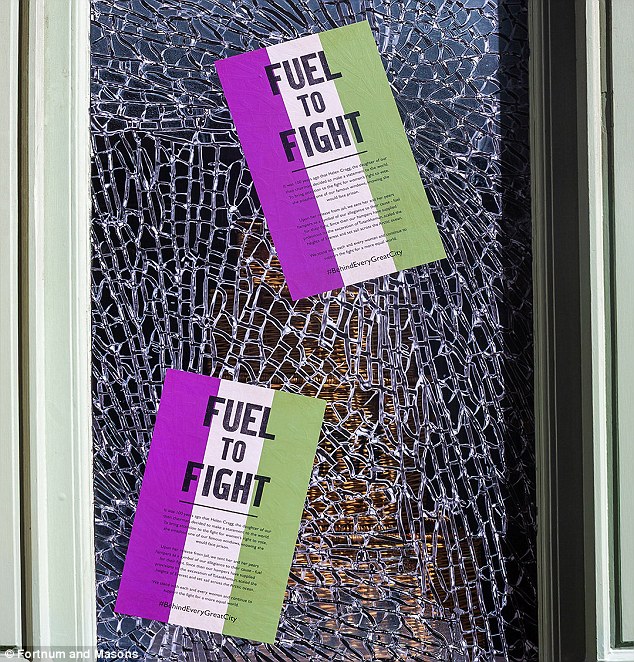 ‘This sparked a wave of action, and led protesters to smash windows across the capital – and some of those windows were at the front of Harvey Nichols.

‘Not everyone took kindly to this act, as many newspapers and institutions were outraged.

‘Women were jailed and sent to hard labour for these actions, but thanks to their dedication and sacrifice, they secured the right to vote.’

She added: ‘While we’ve come a long way, there’s still plenty of work to be done.

‘Today, I’ve been invited back by Harvey Nichols to recreate this landmark moment in women’s rights, and inspired a new generation.’

Meanwhile, Harrods’ window display includes a red brick background in a nod to the store’s windows smashed by the suffragettes, covered with historic posters from the women’s movement.

The display also features footage of leading feminists, both past and present. 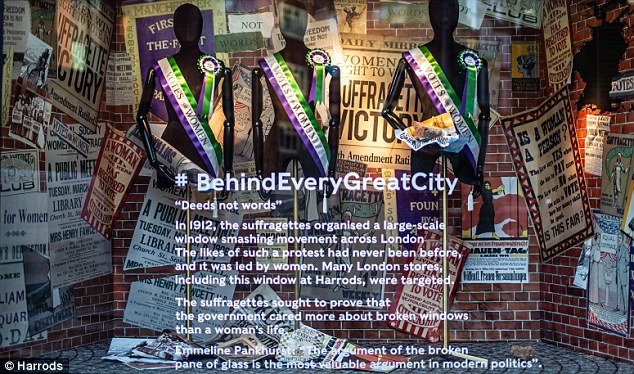 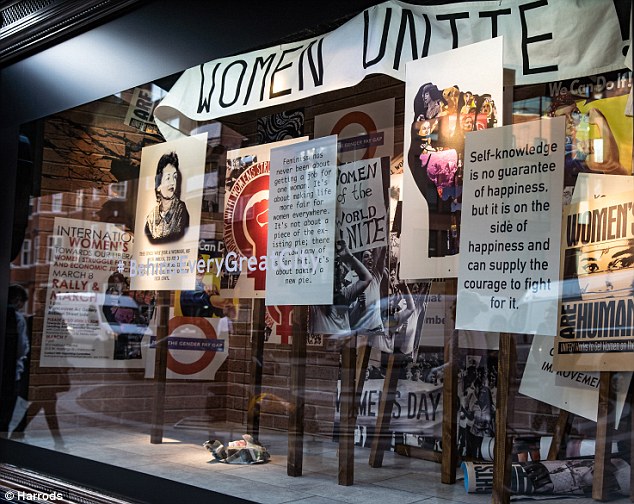