Newmarket trainer Luca Cumani enjoyed his first winner televised on ITV since his daughter Francesca became part of the broadcaster’s team at the start of 2017 when God Given held on by a neck to win the Park Hill Stakes at Doncaster.

It was Cumani’s sixth win in the group three contest and God Given, who was ridden by Jamie Spencer, will now be aimed at the Fillies’ & Mares Stakes on Champions day at Ascot on October 20.

God Given is a statuesque filly – ‘If she had two legs you’d want to marry her,’ said her trainer – but some issues with the stalls and failing to settle in her races has gone against her. 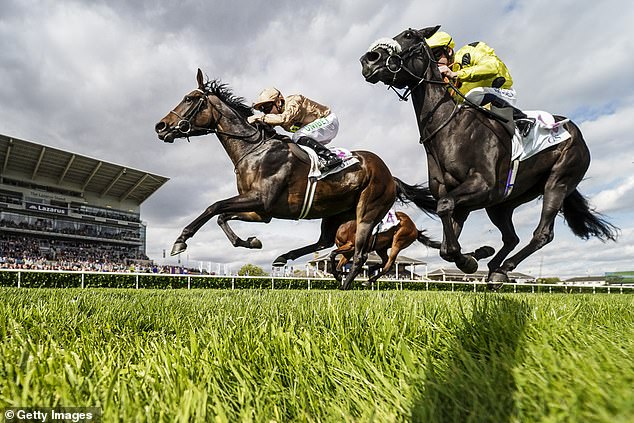 After 5-1 shot God Given had beaten Horseplay a neck with favourite Pilaster a further neck back in third, Cumani said: ‘It was an exciting race and even more so because we won.

‘We have had a few issues with her. She trained very well for the stalls at home but she still has an ussue when she comes to the races. I think it is just anticipation, she is getting herself all excited.

‘I wish she would relax on the track a bit more this year. It is a trait she has developed this year.

‘She go to Ascot now. The plan was if she didn’t win today we’d go for a group 2 in France on Arc weekend but her last race now will be the group one at Ascot.’

Andrew Balding said of runner-up Horseplay: ‘She’s run a great race. Obviously the 3lb penalty has paid, but she battled all the way and I’m delighted with her.

‘Hopefully we’ll have a Group One opportunity with her in the autumn, possibly in Canada, the Canadian International.’

Roger Varian added of third-placed Pilaster: ‘The lack of pace hindered us. She was closest at the finish and just got out-sprinted a little bit.

‘We’d like to go to Ascot for the Group One on Champions Day. It’s likely it will be on easier ground, which will suit her. Though it’s down in trip, it will probably be more of a test than today was.’