have unveiled their stunning new line of kits and clothing in collaboration with Jordan.

The strip to be worn in the Champions League features the iconic logo of basketball legend Michael Jordan leaping for a dunk with the club crest on the other side.

, and posed for pictures in the new gear for a photoshoot. 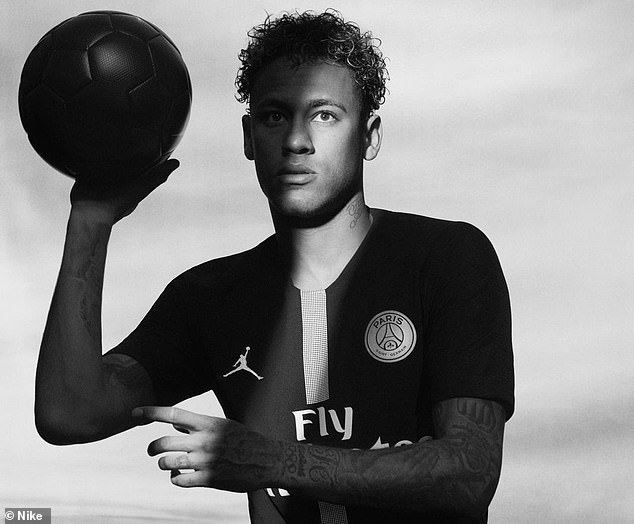 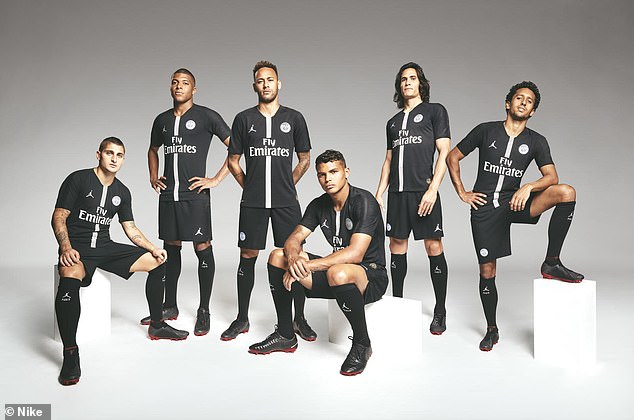 (Left to right) Marco Verratti, Kylian Mbappe, Neymar, Thiago Silva, Edinson Cavani and Marquinhos will run out in the special edition kit for the first time against Liverpool 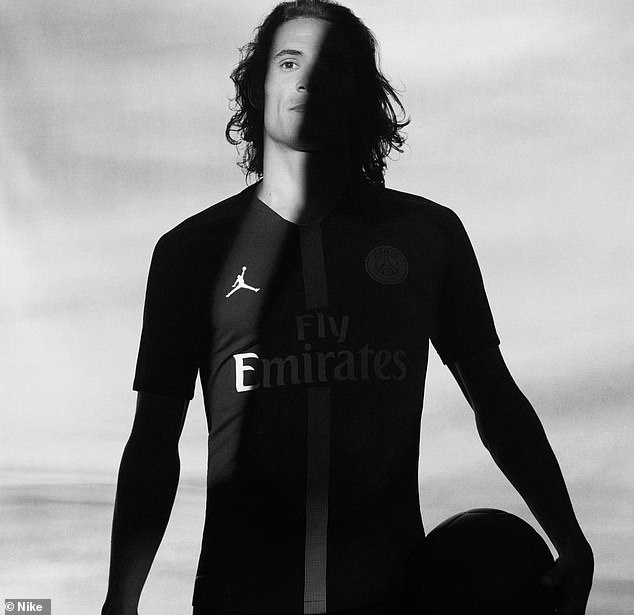 Thomas Tuchel’s side will be decked out and looking sharp for their Champions League clash with Liverpool at Anfield next Tuesday – a big stage to show off their new collaboration for the first time.

The Jordan brand has been growing in Paris and is not thought of as purely basketball, hence its inclusion on the football shirt.

Two years ago the Jordan Bastille store opened in the French capital and has proved immensely popular. 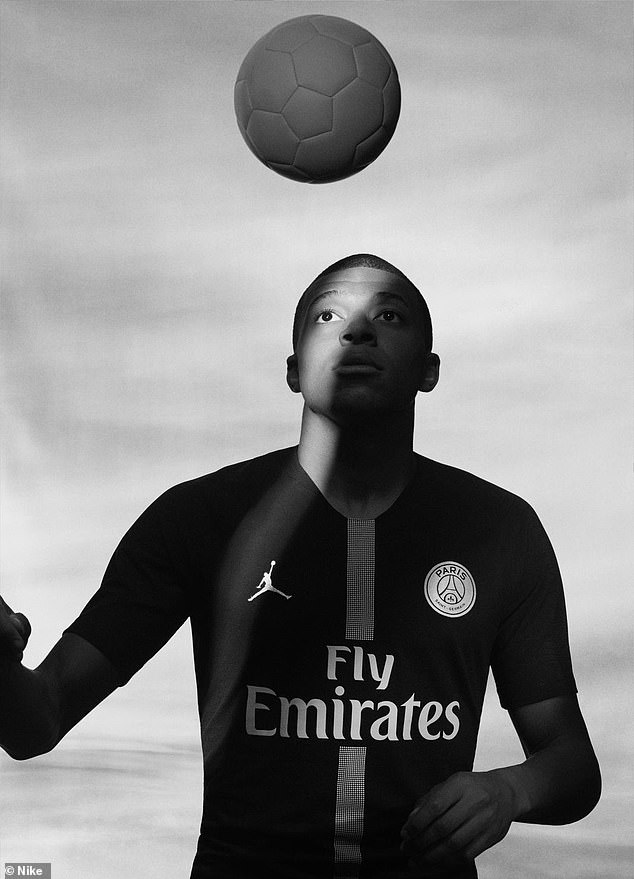 There are two special edition kits featured in the collaboration, coloured black and white with the goalkeeper wearing red.

In a similar vein, the clothing line is also predominantly black and white with the logo designed as a classic mix between PSG’s crest and the Jumpman.

The club shared a video of behind the scenes at the photoshoot with players performing tricks with the ball both in their hands and feet, emphasising the crossover between the sports in this project. 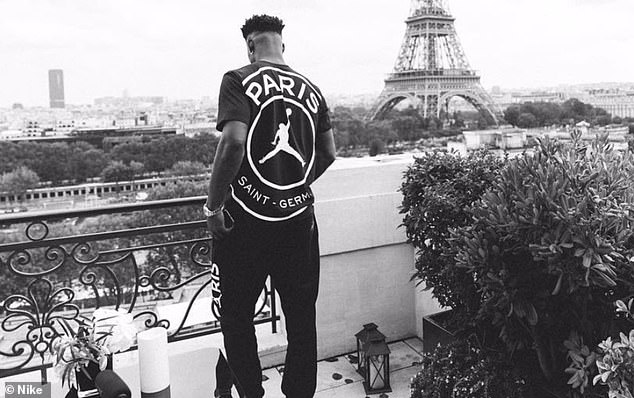 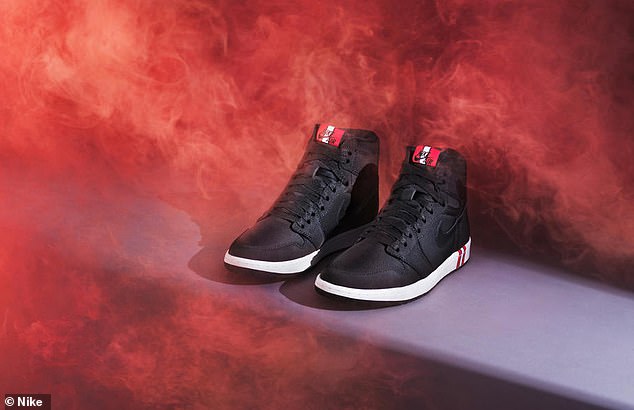 PSG president Nasser Al-Khelaifi said: ‘The partnership between Paris Saint-Germain and Jordan Brand reflects the ambition of both brands to combine style, performance and innovation.

‘We share many values with Jordan Brand, which is known worldwide for its sporting heritage and exciting contemporary designs.

‘We believe it is a partnership which will excite our fans, help us to reach new audiences and enhance our global reach.’

Michael Jordan added: ‘Jordan Brand and Paris Saint-Germain share a distinct position in sport and style, so to partner with the club is a natural fit.’

Supporters eager to get their hands on the new range will be able to from Friday but have to wait until next week to see Neymar, Mbappe and Co in the special kit. 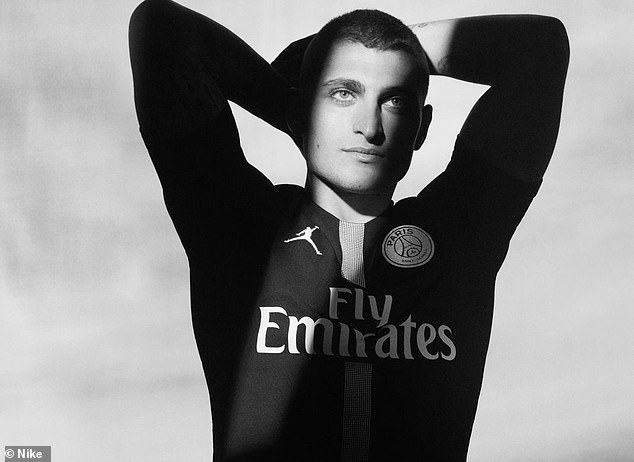