Arsenal’s U21 side got their Checkatrade Trophy campaign off to a winning start after a convincing 3-0 win away to Coventry on Wednesday night.

It was rising star Emile Smith-Rowe who handed the lead after just four minutes after he slid the ball past the Coventry’s Liam O’Brien and into the net.

Coventry had chances to get back into the match but it late goals from Eddie Nketiah and Joe Willock sealed the victory. 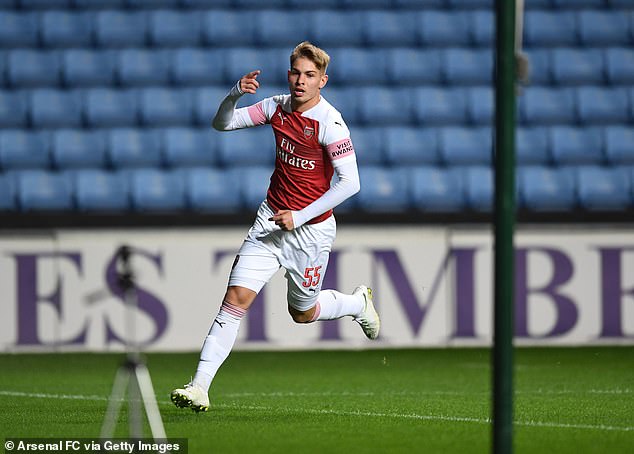 It was Arsenal’s new U21 head coach, Freddie Ljungberg, who took charge of the side and guided them to their first win of the tournament.

But first-team assistant coach, Steve Bould, was present in the stands as he watched on with the academy manager, Per Mertesacker, and both would have been impressed with the performance of Smith Rowe.

The 18-year-old burst onto the scene during Arsenal’s pre-season tour of Singapore and scored a stunning solo effort against Atletico Madrid.

And with his well-taken goal on Wednesday and good all-round performance against League One outfit Coventry, he is certainly staking his claim for a place in the EFL Cup and Europa League squads. 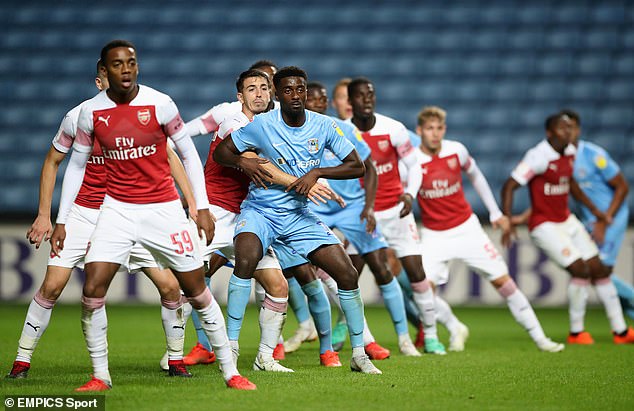 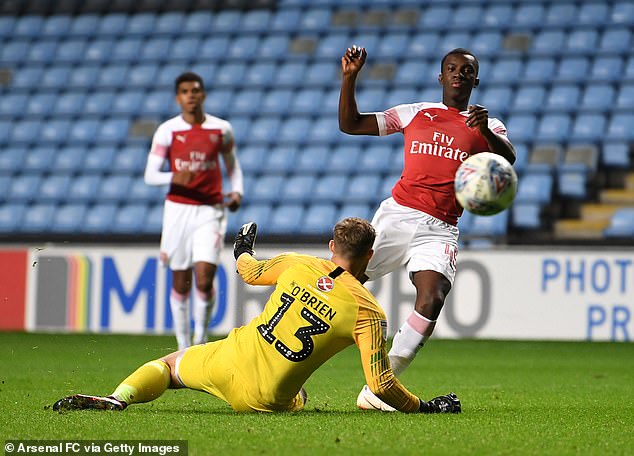 Several thousand fans watched on as Coventry went 1-0 down to Arsenal U21s early on, and it could have been two had O’Brien not made a save from Smith Rowe just before half-time.

In the second-half, Coventry failed to make the most of their chances but could have pulled it level when goalkeeper Deyan Iliev was beaten to a cross by Tony Andreu, who could only head over.

A change of formation sured up the Arsenal defence and with the introduction of Nketiah, Arsenal became more threatening upfront.

Nketiah pounced on a wayward back pass, before stroking the ball into the bottom right corner to make it 2-0 after 77 minutes.

Joe Willock sealed the victory in added time as he fired home from close range to round off a 3-0 win.