A Royal Navy sailor who was arrested after £3.1bn aircraft carrier HMS Queen Elizabeth docked in the US was allegedly tasered in his right thigh to stop him fighting, according to official documents.

Thomas Reffold was one of six Naval personnel arrested by police after the Navy’s new 918ft-long warship arrived in on its maiden voyage to the US.

Arrest reports reveal an officer stunned Reffold, 28, on the thigh after he was seen yelling and attempting to fight in a street in Jacksonville. 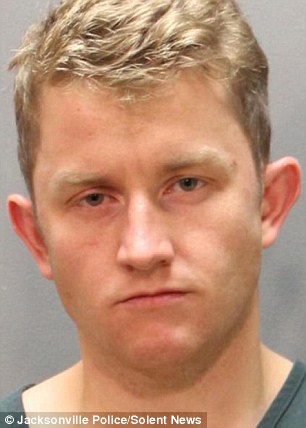 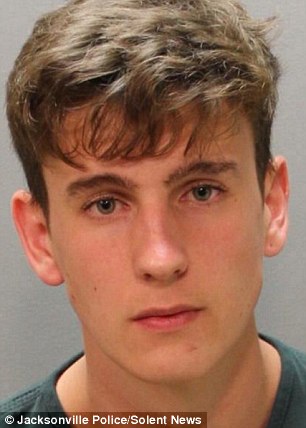 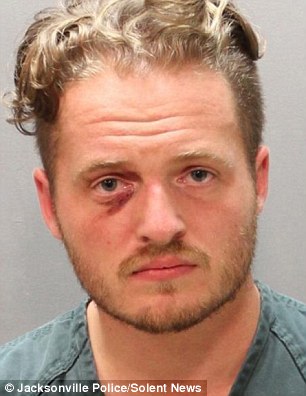 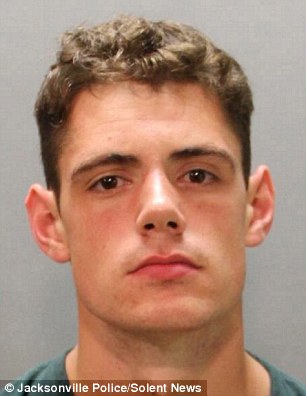 A second sailor, Ieuen Edwards, 21, also had a Taser gun used on him by officers after he allegedly punched a person and then resisted arrest.

After two and a half weeks at sea, the crew of 1,500 sailors, aircrew and marines descended on a coastal resort at Jacksonville Beach, Florida, on Wednesday night.

Locals saw British navy personnel kicked out of bars and fighting each other after HMS Queen Elizabeth arrived at Naval Station Mayport.

Jacksonville Police arrest records claim officers were forced to arrest a third sailor, Dominic Gregory, after he got into an argument with friends about returning to the ship.

Instead of boarding a bus to return the sailors to the aircraft carrier, the 19-year-old, who was arrested for disorderly intoxication, became ‘verbally abusive’ before lying down in the road and refusing to move.

Three further sailors were arrested after the night out; Steven Gorley, Matthew Cotham and Jamie Lutas. 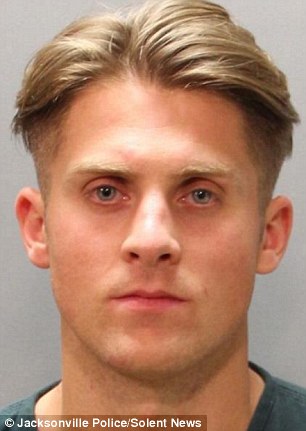 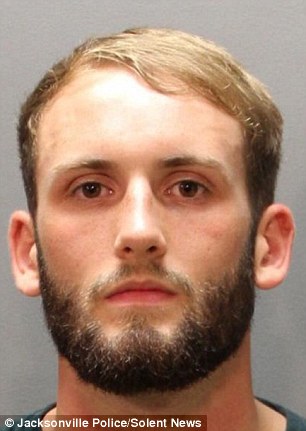 Arrest reports reveal what US police had to deal with. Left: Jamie Lutas. Right: Dominic Gregory 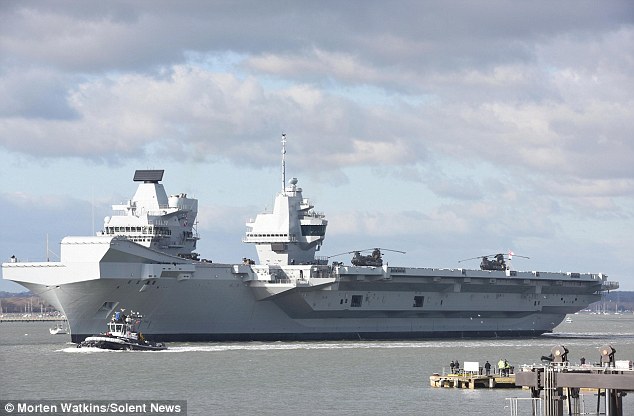 All of the sailors were taken to Duval County Jail in Jacksonville, Florida, after police officers failed to make contact with HMS Queen Elizabeth.

He said: ‘The sailors seem to beat the mess out of each other and knock their teeth out, but once they pick up their teeth off the ground they hug and then are best friends again.’

The report on Reffold’s arrest says: ‘Reffold appeared extremely agitated and was yelling and pushing an individual who was attempting to calm him down.

‘As [the police officer] approached them, Reffold continued yelling and appeared as though he was about to fight the individual.

‘Reffold was still yelling and had taken up an aggressive stance. I grabbed his left arm to place him into custody, he pulled away from me and attempted to push me. 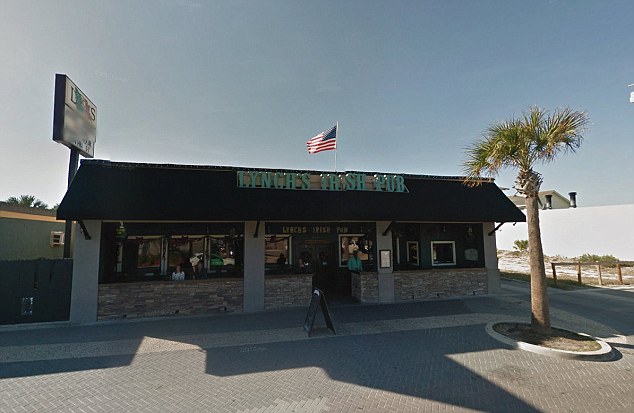 A Royal Navy spokesman said at the weekend: ‘We can confirm that a number of naval personnel are assisting US police with their enquiries – it would be inappropriate to comment further at this time.

‘The Naval Service places great importance on maintaining the highest possible standards of behaviour from its personnel at all times.’

The ship’s company is on an 11-week deployment, having left Portsmouth on August 18.