The U.S. government will expand its tent shelter for immigrant minors crossing the southwest border to 3,800 beds and keep it open through the end of this year.

The facility at Tornillo, Texas, which originally opened with just a 360-bed capacity for 30 days, is being expanded based on how many children are in the care of the U.S. Department of Health and Human Services, agency spokesman Kenneth Wolfe said in a statement.

This is the third time the temporary facility’s closure has been delayed. It was originally due to close July 13. It opened June 14.

‘The need for the continuation of the operation at Tornillo is based on the number of unaccompanied alien children in the care of the Office of Refugee Resettlement at HHS’ Administration for Children and Families, who crossed the border alone without their parent or legal guardian,’ HHS spokesperson Kenneth Wolfe said according to .

‘Family separations resulting from the zero tolerance policy ended on June 20 and are not driving this need,’ he added.

Three months after enforcement of the policy officially ended, more than 400 children remain in government care, away from their parents, many of whom were deported. 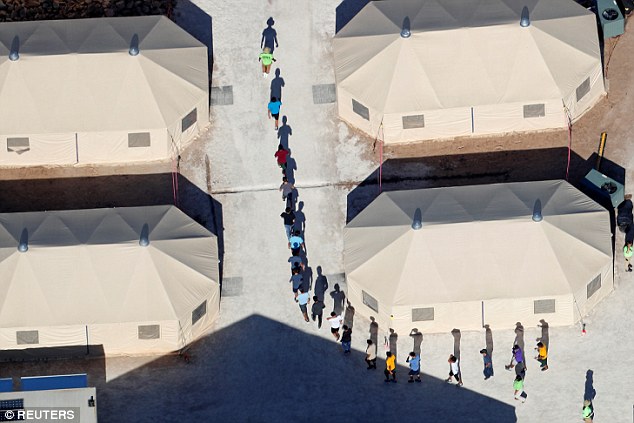 The government announced its plan to expand the migrant tent city in Tornillo, Texas to eventually house up to 3,800 boys by the end of the year 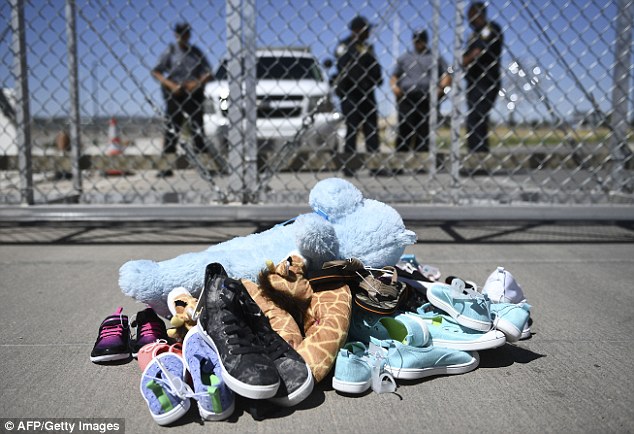 Shoes and toys left for children by protesters at the facility in June. The government has originally scheduled to shut down the facility- but now its staying open and expanding 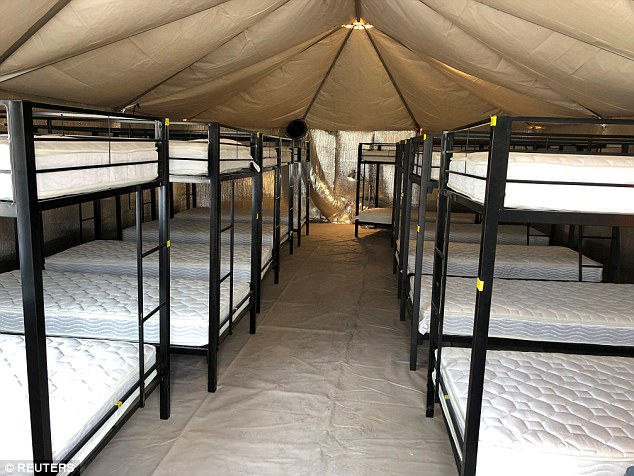 The original tent capacity was just 360 beds, however the government says the need for more beds is not a result of family separations but due to minors crossing either unaccompanied or without proper legal guardians

Department officials have visited military bases and other properties in Texas, Arkansas, and Arizona that could host more beds for immigrant children, but ‘no decision to use any of these properties has been made,’ Wolfe said.

While the government has stopped large-scale separations, thousands of immigrants continue to arrive at the southwest border each month, mostly from Central American countries roiled by gang violence and poverty.

The U.S. Border Patrol said it apprehended nearly 4,000 children unaccompanied by an adult at the southwest border in July, the most recent month for which figures are available.

That represented a decrease from May and June, but border crossings historically tend to rise as the summer heat gives way to cooler temperatures in fall.

In Texas, the state with the longest segment of the U.S.-Mexico border, 5,168 children were being held in government facilities in early August, about 500 children short of capacity, according to figures released by the Texas Health and Human Services Commission. 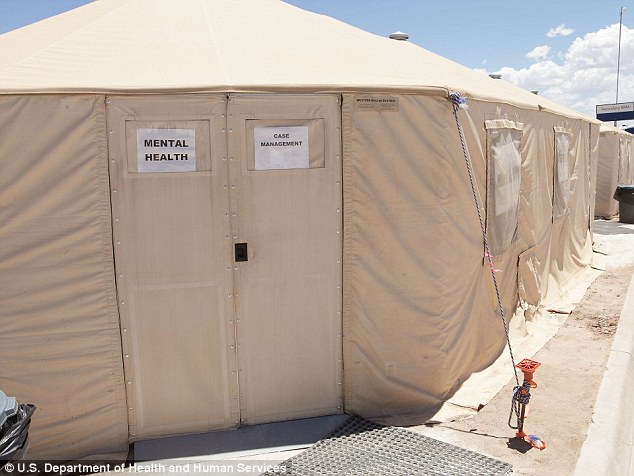 A mental health and case management tent is shown at the Tornillo facility which was initially used to house migrants separated from their parents and unaccompanied minors. The government says the additional beds are for the the latter 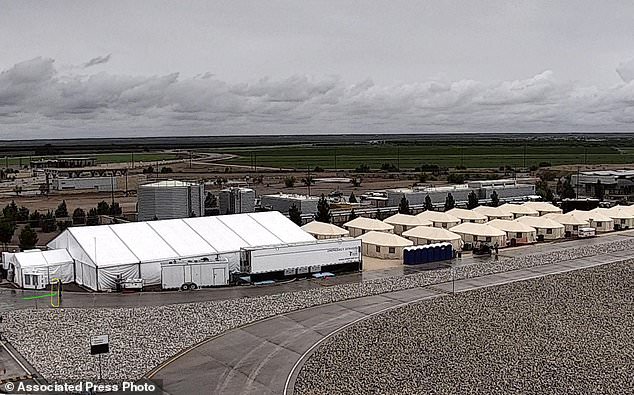 U.S. Department of Health and Human Services said Tuesday that the facility will be expanded to 3,800 beds from its initial capacity of 360 beds

Reporters were allowed to tour the facility in June, shortly after it was re-opened in the wake of family separations.

At the time, more than 320 children ages 13 to 17 were being held in air-conditioned tents. A facility administrator told reporters that the main complaint he hears from children on site is that the tents sometimes get too cold.

Reporters were not allowed to enter any tents holding children. Two girls who stopped briefly in front of reporters said that they were doing well.