The heartbroken widow of a Marine sergeant who was shot and killed in his car earlier this week has shared a tearful goodbye message to her husband.

Christopher Truax Jr, 21, was on active duty when he was killed in Lemon Grove, San Diego on Friday at 12.30am.

His widow Alexia hailed Truax as an excellent husband and father to their 11-month-son.

In a moving audio message she tearfully bids him farewell saying: ‘You didn’t deserve this’. 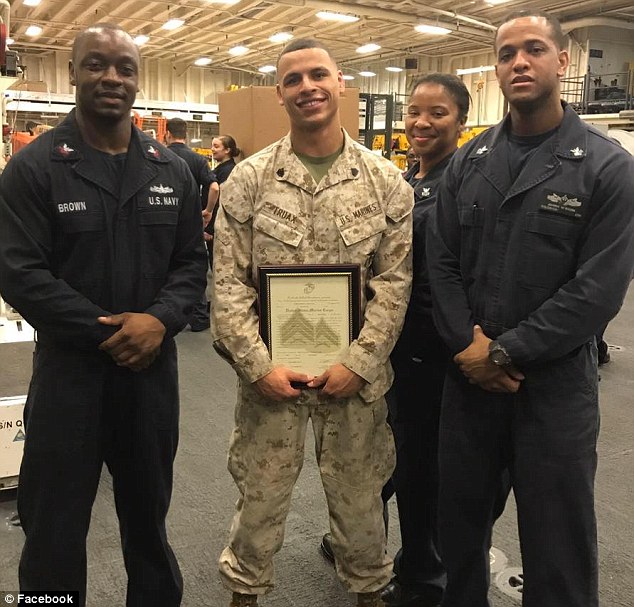 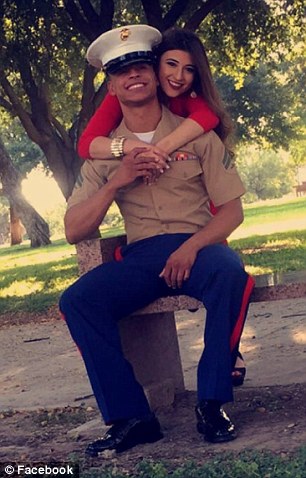 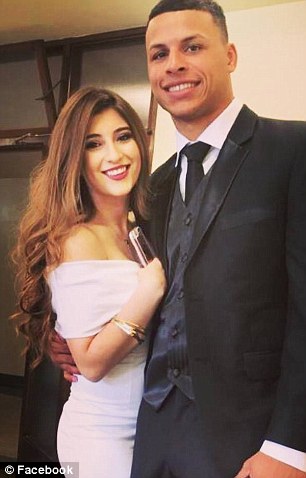 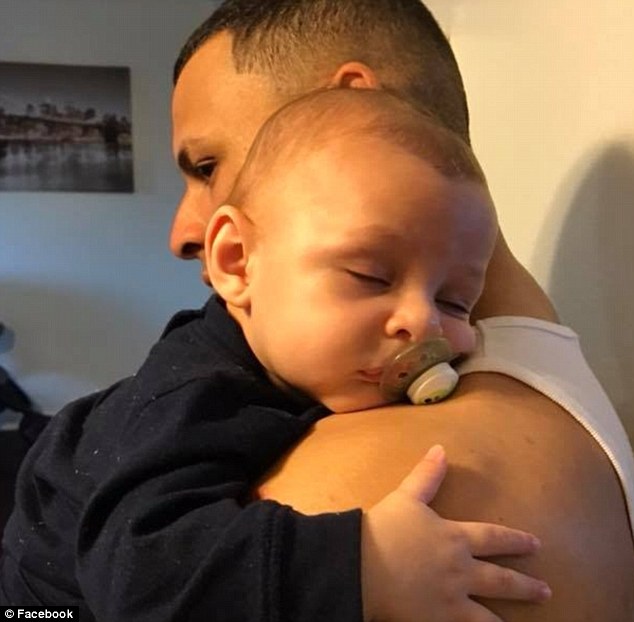 The couple share an 11-month-old son named Christopher, who will turn one later this week

‘You are a remarkable husband, man, lover, father, son, marine, and friend,’ she said in the audio message shared by .

‘To the person who molded me into the woman that I am today: Thank you for choosing me to be the mother of your son. My love for you is endless and just knowing me and baby Chris won’t be able to hear you again is making me go insane.

‘It all feels like a bad dream and I’m speechless. You didn’t deserve this Christopher and you will always be in my heart,’ she said.

On Sunday, Alexia took to Facebook to share photos of a makeshift memorial set up for Truax, surrounded by photos of family and friends, candles, and American flags. 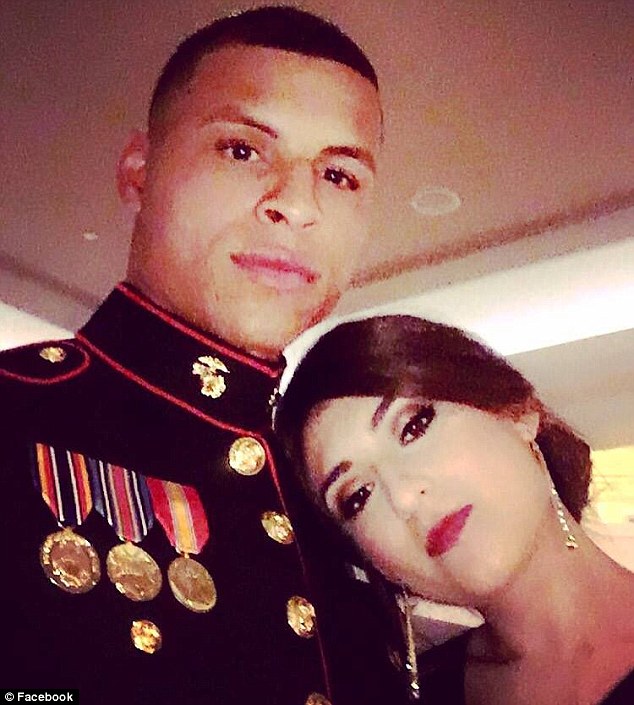 Police are hunting for the gunman who fatally shot Truax. Police found him bleeding from a gunshot wound on Friday at 12.30am. Truax pictured with wife Alexia 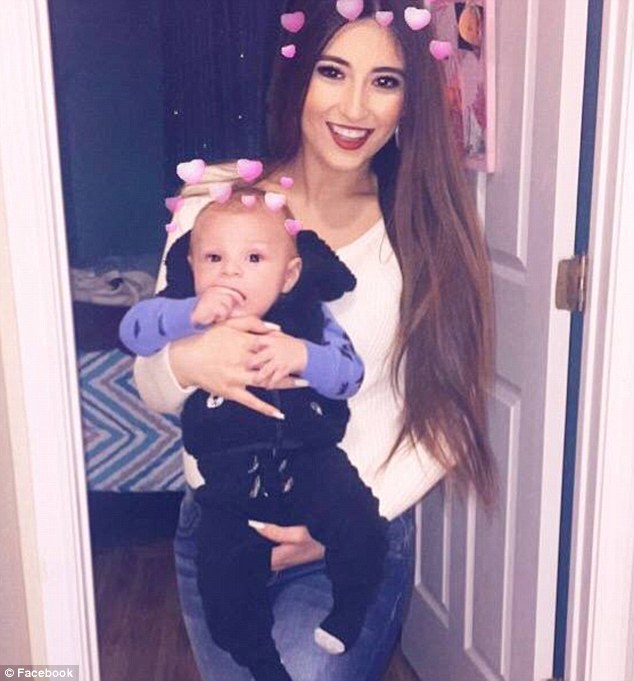 Their son will turn a year old on September 13.

Truax, a New York native, was an active Marine sergeant stationed at the Marine Corps Air station Miramar. He was a food service specialist with the Marine Wing Support Squadron-373.

Sheriff’s deputies saw a car parked in the middle of the street near the Lemon Grove Square Shopping Center on Friday around midnight and found Truax inside bleeding from a gunshot wound. He died at 12.39am.

Police are still on the hunt for the gunman and have posted a $1,000 award for information on his murder. 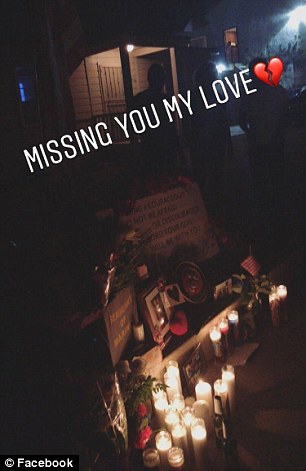 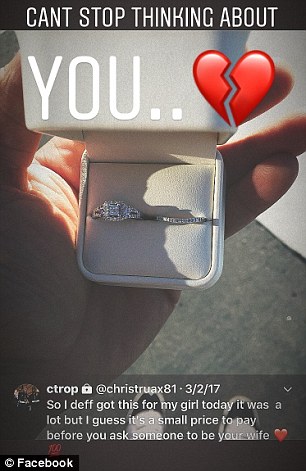 Never forgotten: On Sunday Alexia shared these images of a makeshift memorial, left, set up for Truax, and the ring he proposed to her with, right 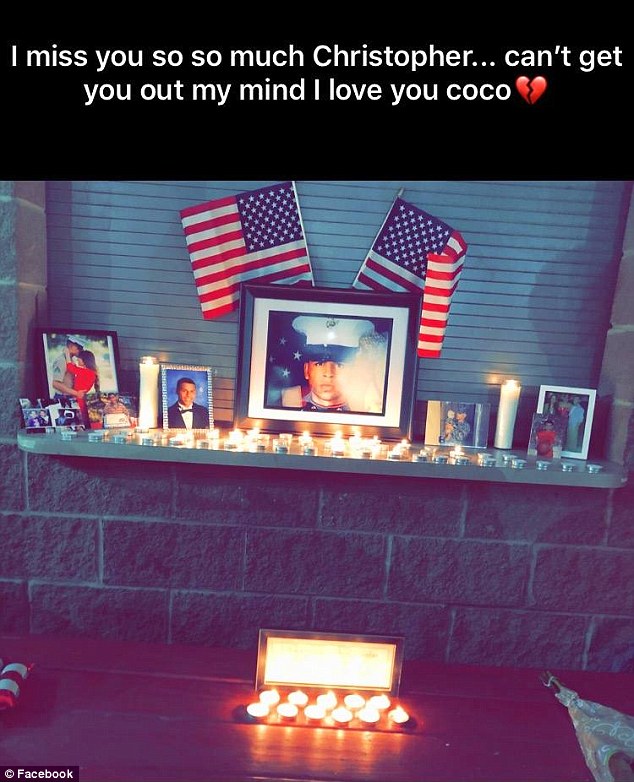 She shared a pictured of a makeshift memorial set up for Truax writing: ‘I miss you so so much Christopher… can’t get you out my mind I love you coco’

A woman was also found in the car with him and is currently only considered a witness to the crime, cops say.

‘We join Sergeant Christopher Truax’s family in mourning the loss of a loved one.  He was a valued Brother-in-Arms to all who served with him and will be missed. We wish them comfort as they navigate the difficult days ahead,’ Lt. Col. James Bauch, commanding officer MWSS 373 said to .

Truax joined the Marine Corp in July 2014. He has previously been awarded the Navy and Marine Corps Achievement Medal.