Her idea to install a swimming pool on her terrace with husband Norm Hogan was sensationally shut down on Monday after the body corporate voted against it.

And during Tuesday’s episode of The Block, Jess Eva confronted Courtney Brown and husband Hans after they started the backlash surrounding the proposed fixture.

However, Jess found herself breaking down in tears as Courtney and Hans revealed they wanted to block the pool simply to stop her beating them in the competition. 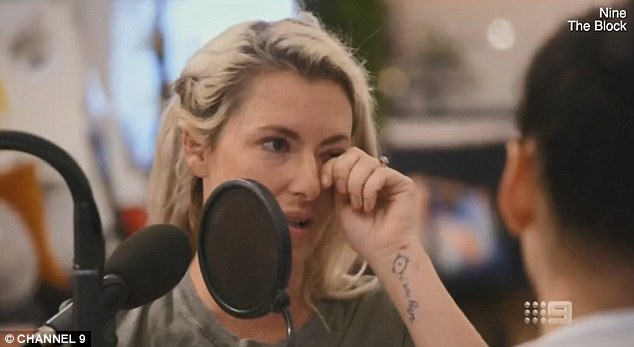 ‘Did you choose $100K over friendship?’: The Block’s Jess broke down in tears as Courtney and Hans defended their decision to stop swimming pool plans during emotional confrontation

Introducing the segment, Hans said to camera: ‘We didn’t want to hurt Jess and Norm, but at the same time, yeah, we didn’t want the pool in.’

Hans then opened up to Jess, saying: ‘And then there were a whole heap of, like, you know, discussions that happened.’

‘The agents said, “You’re mad to let this happen,” and, “What are you here for? “This is a competition. This is a game. “How much is friendship worth over winning? “What’s 100K gonna do?”‘

Clearly upset that the couple would put the competition first, Jess said: ‘So, did you choose 100K over friendship? That was… Oh, my god. I’m gonna cry!’ 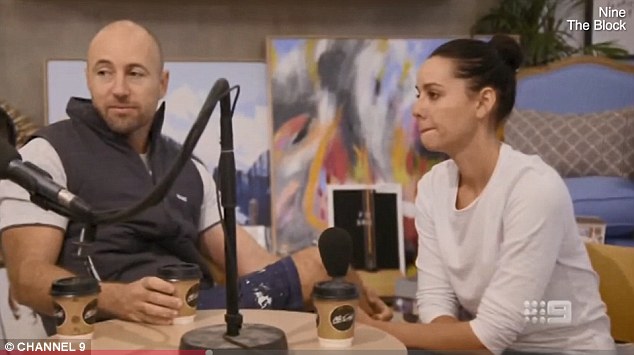 ‘We didn’t want to hurt Jess and Norm, but at the same time, yeah, we didn’t want the pool in,’ Hans said as he introduced the segment, before claiming they were putting the competition first as the pool would have put Jess in the lead

As Jess then broke down, she cried: ‘What I was upset about was we said, “Please don’t tell anyone about the pool,” and then everyone found out, and then it kind of, like, double-snookered us.’

‘So, I was like, “What have we done to them that’s…” Everything would have been, like, cool between us if you had’ve just said, “No, it’s a competition. Let’s have a beer.”‘

Courtney then revealed that their builder Dave’s brief walk-out on Monday also contributed to their decision to block the pool. 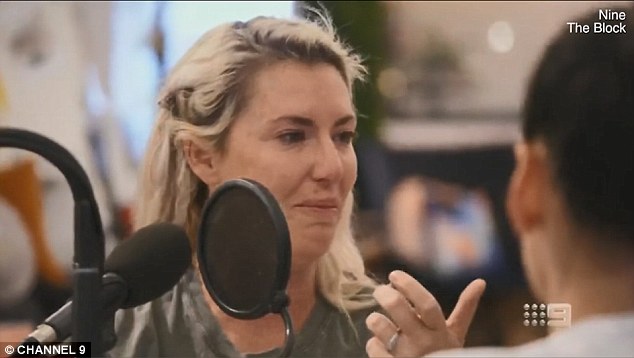 Shocked: Jess couldn’t believe what she was hearing as the harsh realities of the competition hit home during their conversation

Jess and Norm first revealed their plans to install a pool earlier this season after asking Courtney and Hans for their permission – as the construction would require additional reinforcements erected in their apartment below.

However, they told Sara who then started a body corporate meeting on the matter. 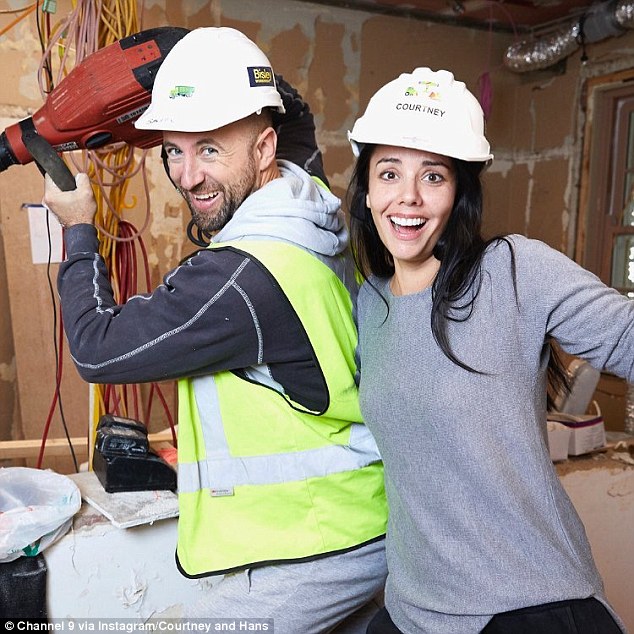 Drama: Courtney and Hans led the drama surrounding the swimming pool by going against their word to Jess and informing other contestants what they were contemplating

Half dozen automobiles SWALLOWED by a sinkhole in a Pennsylvania car parking zone
Olivia Buckland insists 'hurtful' former friend Cara De La Hoyde was the reason for their fall-out
May's Brexit Plan B: PM says she won't rule out a no-deal
Money saving expert Martin Lewis explains the tricks young drivers can use to slash car insurance
Starting in the Middleton's shed it was reportedly worth £30million. Party Pieces is far from over
Ken Starr: Trump's articles of impeachment 'are being drawn up'
NTAs 2020: Red carpet arrivals
Doctor: coronavirus pandemic could kill off NHS bed blockers