Members of the NSW State Government have started playing the blame game after losing the Wagga Wagga by-election over the weekend.

The extent of the infighting has been revealed on Tuesday morning, with explosive text messages sent to Upper House Liberal MP Matthew Mason-Cox by colleague Wes Fang.

In the messages, Mr Fang threatens to ‘f**king come after’ his Liberal colleague for spreading what he says are false rumours.

Mr Fang confirmed the texts to , saying ‘That’s because a) he’s a c**t, and b) everything I said was true.’ 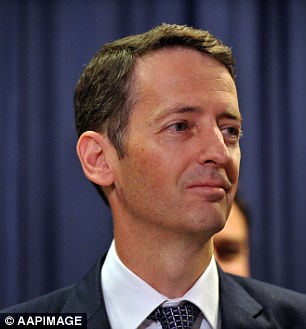 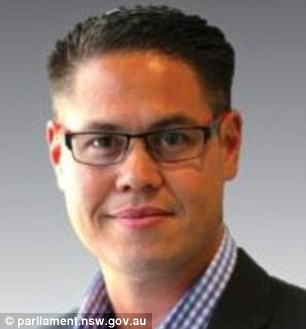 The text messages were sent a week prior to the Wagga Wagga by-elections, which saw a swing of 29 per cent against the government and independent Joe McGirr the favourite to claim the crucial seat.

The result of the by-election puts the opposition party within reach of a victory in the upcoming state election, due to be held in March.

The Liberal Party is in danger of losing the seat for the first time in 60 years.

In the texts to Mr Mason-Cox, Mr Fang says: ‘If I hear you are spreading false rumours about me again, I will f**king well come after you.

‘You’ve done more damage to this government than anyone I know and you’ll likely lose this by-election because you have a s**t candidate and you guys don’t know how to campaign. You are on notice!’ 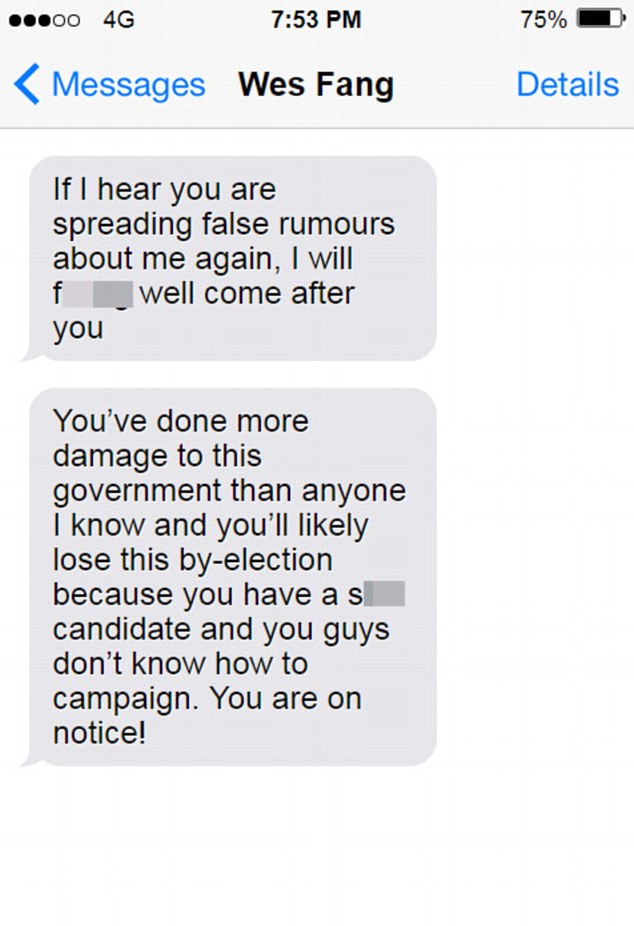 A mock-up of the texts sent to Mr Mason-Cox, in which he tells him he’s done ‘more damage to this government’ than anyone he knows, prior to the loss of the Wagga Wagga by-election

The rumours Mr Fang are referring to is what Mr Mason-Cox calls an ‘appalling treachery’ he accuses the National Party of committing during the campaign.

A spokesman for Mr Barilaro told The Australian the claims were completely false.

‘At no stage did the Deputy Premier give the green light for branch members to hand out for the independent during the recent campaign in Wagga Wagga.

‘The exact opposite is true. The Deputy Premier expressed full support for the Liberal candidate during the campaign.’

The result leaves the NSW Premier’s job in doubt, as her majority government is cut to only six seats ahead of the impending state election. 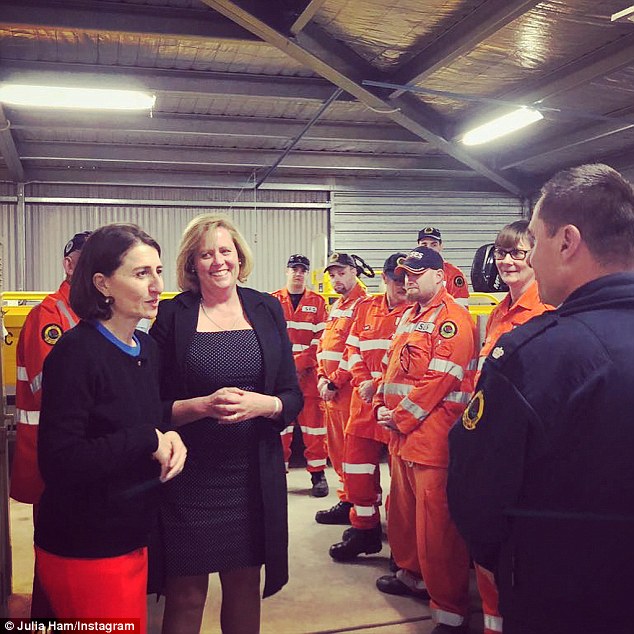 Premier Gladys Berejiklian (pictured with candidate Julia Ham), visited Wagga Wagga six times in the lead-up, and told ‘The infighting in Canberra was a huge concern’