Following their ‘Match for Cancer’ over the weekend, Liverpool have released some behind the scenes footage of talking to his charity match team ahead of the game.

In the video, Klopp hilariously suggests that the players can decide when to come off if they aren’t feeling fit enough, but insists pundit Jamie Redknapp plays a full 120 minutes.

The video gives an insight into Klopp’s personality in the dressing room as he guided his Liverpool side for the day to a 3-3 draw with Celtic during the international break. 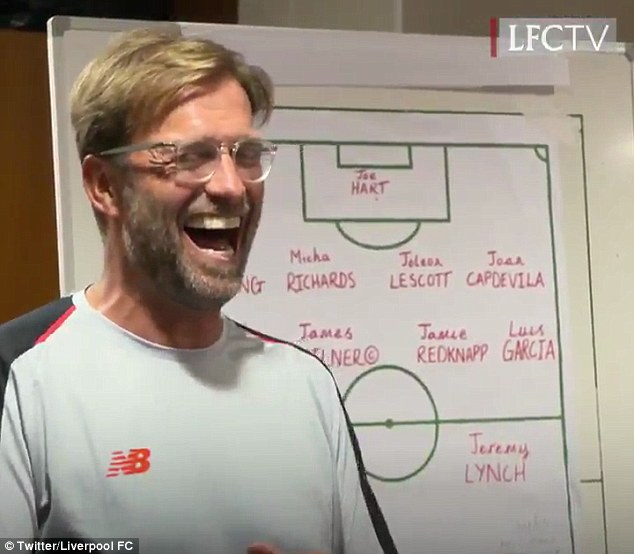 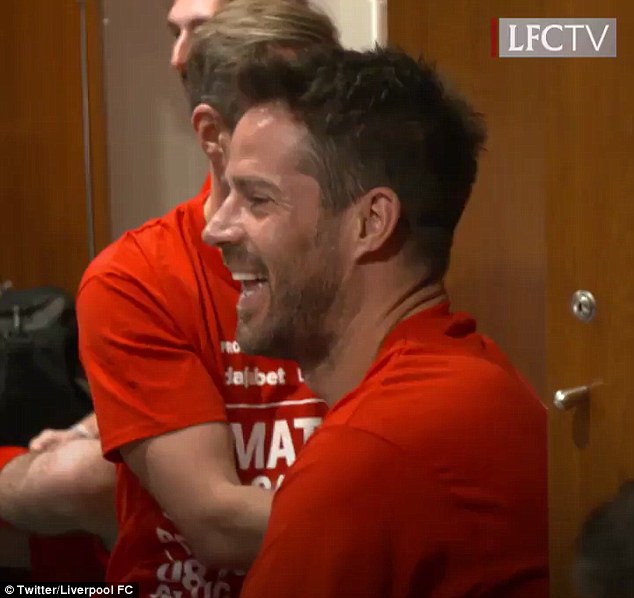 ‘I know a few of you, as a pundit especially. So you, [Jamie Redknapp] will have to play 120 minutes.

‘Someone, I don’t know exactly who, wrote that on the teamsheet.

‘In this moment Mr Heskey is not here and we don’t know why, so before blaming him we should make sure he’s okay.’

Klopp went on to joke that he didn’t care who played for how long, as the light-hearted charity event was about to take place.

The likes of Joe Hart, Dirk Kuyt and James Milner watched on as Klopp gave them a rallying speech. 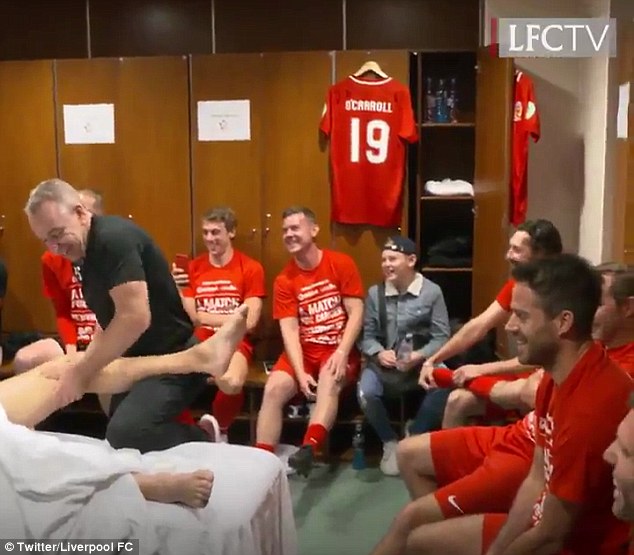 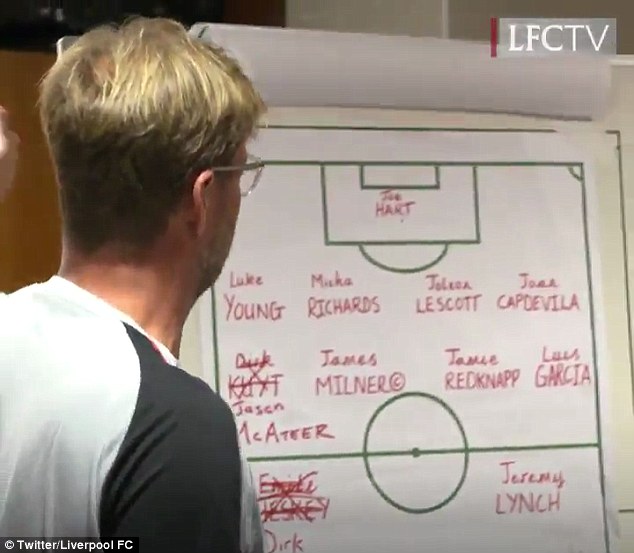 ‘You can decide how long you play, I don’t care!’

‘After 10, 15 or 20 minutes, if you feel you’re not in the best shape anymore, believe me, we already know it five minutes earlier.

Klopp went on to joke that they should be able to beat a Celtic side, which involved Hristo Stoichkov, who Klopp claimed was older than him.

‘You should not have to worry, I saw their team. Stoichkov, how old is he? My age? Older?’

After the hilarious team-talk, he received a round of applause from his temporary team, something he had never seen before.