Gisela Getty has broken her silence on her late husband John Paul Getty III for the first time – claiming that her own kidnapping played a key role in him being taken hostage by the Roman mafia in 1973.

The 69-year-old German-born filmmaker said she was held captive along with her twin sister Jutta Winkelmann by mafia boss Ciambellone, after a 16-year-old John Paul tried unsuccessfully to stage his own capture.

In an interview with the , ahead of the release of the drama Trust based on the scandal, Gisela, said that she was held captive for two days by mafia members who threatened her with rape and death.

Just a few weeks after she and her sister escaped the terrifying ordeal, the teenager who she would later marry was taken himself and disappeared for five months.

He returned minus an ear after his family had initially refused to pay the $17 million (£13 million) ransom demanded by his mafia captors. 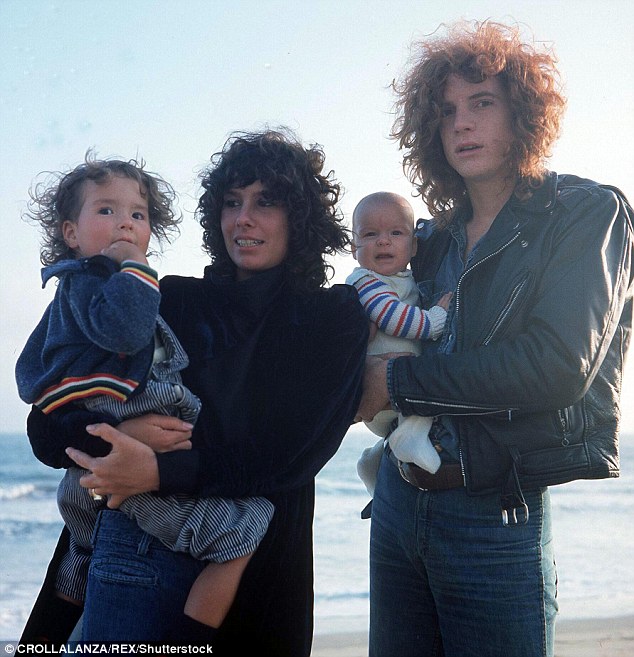 John Paul Getty III’s wife Gisela Getty, pictured with him and her children in 1975, has spoken for the first time about her life with the infamous kidnapping victim and what really happened in the scandal 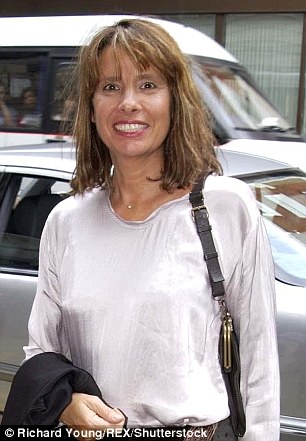 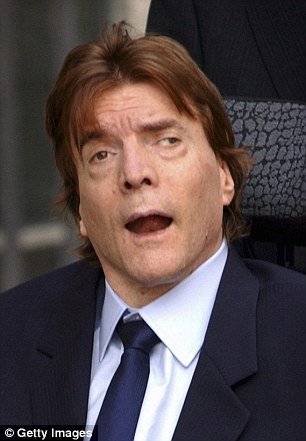 Gisela, pictured left in 2003, has broken her silence about the Getty family and how Paul Getty’s kidnapping affected the rest of his life. John Paul Getty III was kidnapped in 1973 and held captive for five months, tortured by having his ear removed (right, in 2003)

Gisela believes that Paul had become embroiled drug hustling with the mafia, along with his close friend Marcello Crisi, which meant he was unable to get out of the kidnapping plan.

‘I think Paul abandoned the idea, but he was already so involved that he could not get out,’ she said.

‘They probably said to Paul, “You cannot leave the mafia, you have to keep your word”. I think he was taken against his will, against his wishes.

Gisela and twin Jutta ran in the same circles as Paul after she moved to Rome to pursue a film making career alongside her sister.

Their lives became entangled when they moved into Paul’s home in Italy, where he stayed after being kicked out of school, and began discussing ways in which they could make a ‘better world’. 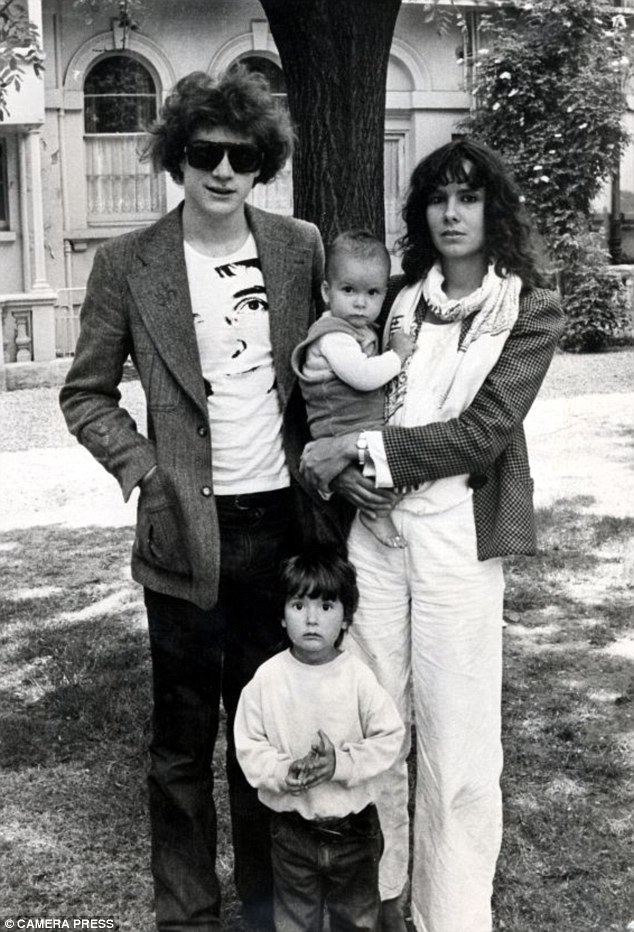 Jean Paul Getty III with his wife Gisela (nee Gisela Zacher) and their two children, Balthazar Getty as a baby and Anna Getty, her daughter from a previous marriage

They wanted to use the Getty family billions to set up a think-tank paradise using his father John Paul Getty II’s pleasure palace in Morocco as their base, ‘put LSD in the water supply’ and ‘push change forward’.

To build their new world, Gisela, who is mother to actor Balthazar Getty and daughter Anna from a previous marriage, explained to the Sunday supplement that Paul’s idea was to fake his kidnap.

She admitted they were very naive, telling The Times: ‘We wanted to do something better with the money than they did – to make a better world, but it got us into very deep waters.

When the mafia became involved, however, it was Gisela and her sister whose lives came under threat.

They had been told by mafia boss Ciambellone he wanted to invest in a film they were making but he lured them into a trap.

After two days Paul tried to rescue them and they ultimately managed to break free from themselves, leaving the teenager paranoid that they were being followed. 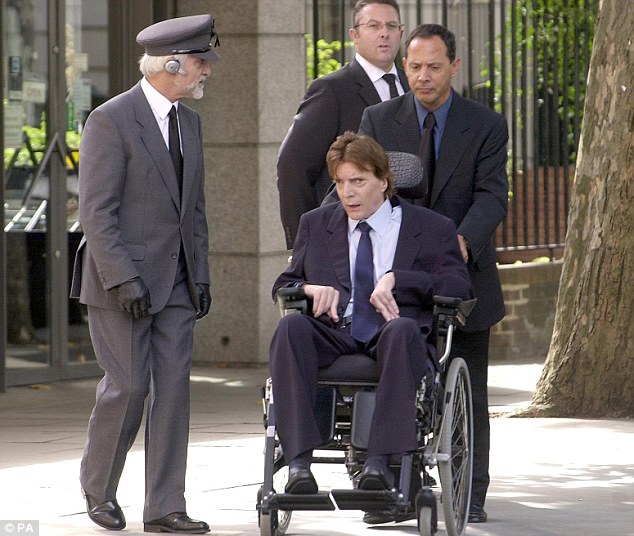 Gisela believes that Paul was never able to get over the trauma of the kidnapping and turned to drugs and alcohol, a dangerous cocktail which he consumed in 1981 leading to a massive stroke which left him quadriplegic and in a wheelchair. He later died in 2011 in Buckinghamshire 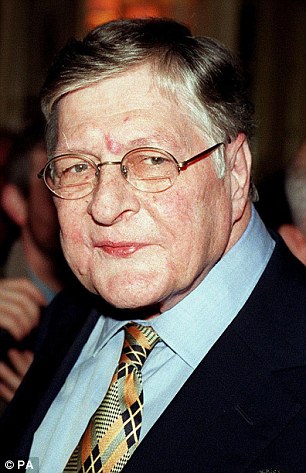 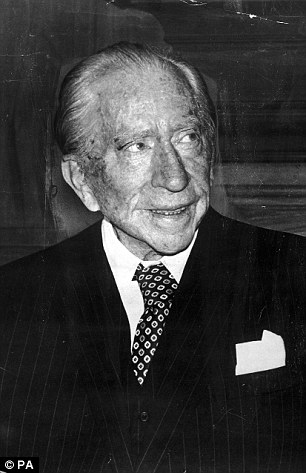 Sir John Paul Getty Jr (right) – who had been cut off from his family fortune – asked his father for the money. The boy’s grandfather J Paul Getty (right) was worth close to $2 billion thanks to his oil fortune at the time, but refused to pay any ransom

Weeks later Paul disappeared when members of the Italian mafia grabbed him off the street on July 10, 1973 as he returned home from a night out with friends.

He was thrown in the back of the van and taken 300 miles south to the mountains of Calabria, with his captors soon informing the teenager’s family that the boy would be safely returned after they paid a $17 million (£13 million) ransom.

The boy’s mother, Gail Harris, and father, J. Paul Getty Jr, had been cut off from the family fortune, and so they asked J. P Getty if he would be willing to cover the amount of money demanded by the kidnappers.

At the time, J. Paul Getty was worth a little less than $2 billion (£1.5 million), making him not only the richest man in the world but also the wealthiest man in history.

That is when the shocking incident took the most bizarre twist of all, with J Paul Getty refusing the pay the ransom money. 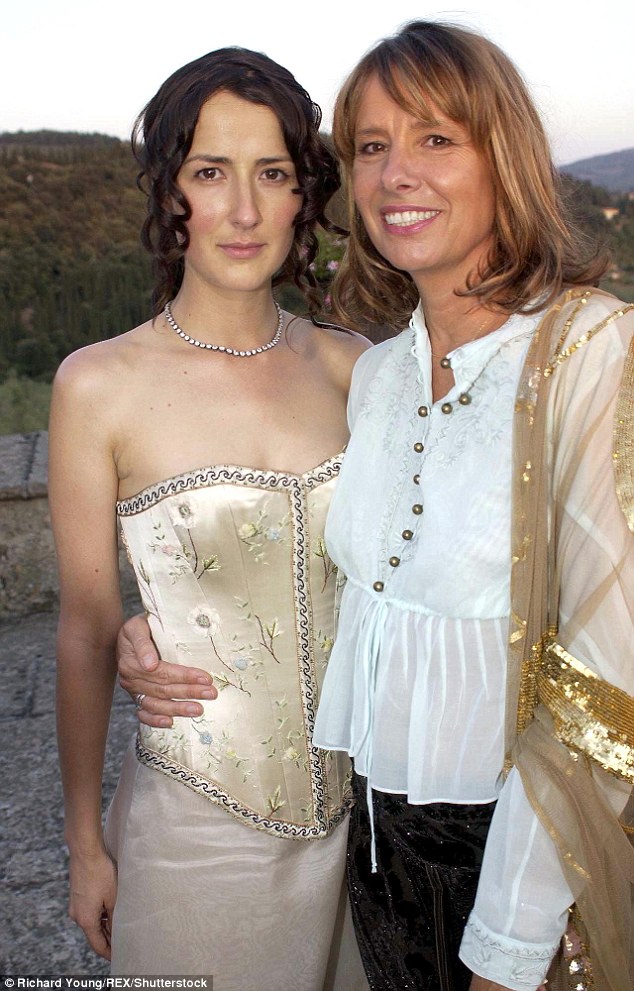 Paul and Gisela’s marriage eventually broke down, she believes he never was able to get over the trauma of the kidnapping and the fallout with his family. Gisela pictured in 2003 at the wedding of her daughter Anna Getty

His parents separated when he was eight and his father moved to England, but John Paul remained in Rome with his mother.

Before going missing, John Paul had apparently joked about faking his own kidnapping when he needed money, so members of his family initially took the ransom note to be a scam sent by him.

He is said to have spent five months in captivity, mainly in a cave, and when his ear was severed the wound became infected and he caught pneumonia as winter set in.

He was found at a petrol station after the ransom – or $2.2 million (around £8.5 million in today’s money) – was finally paid, and two members of a Calabrian Mafia organisation were later jailed for the crime.

Paul and Gisela’s marriage eventually broke down, and she believes he never was able to move on from the trauma of the kidnapping and the fallout with his family.

It was some years later that a cocktail of drugs and alcohol led to a stroke in 1981 that left him quadriplegic, partially blind and unable to speak. He died in 2011, in Buckinghamshire.