Gemma Atkinson had her gym-toned physique on full display in a skintight black belted midi on Monday as she attended the star-studded TV Choice Awards in ‘s Dorchester Hotel.

The 33-year-old ex-Emmerdale star put on a sensational display in the fitted frock with matching heels as she joined her Hits Radio co-hosts Gethin Jones and Dave Vitty.

Gemma joined a slew of soap stars in attendance for the lavish awards event following her departure from the Dales last year, with the ITV soap set to go head-to-head opposite , and Hollyoaks. 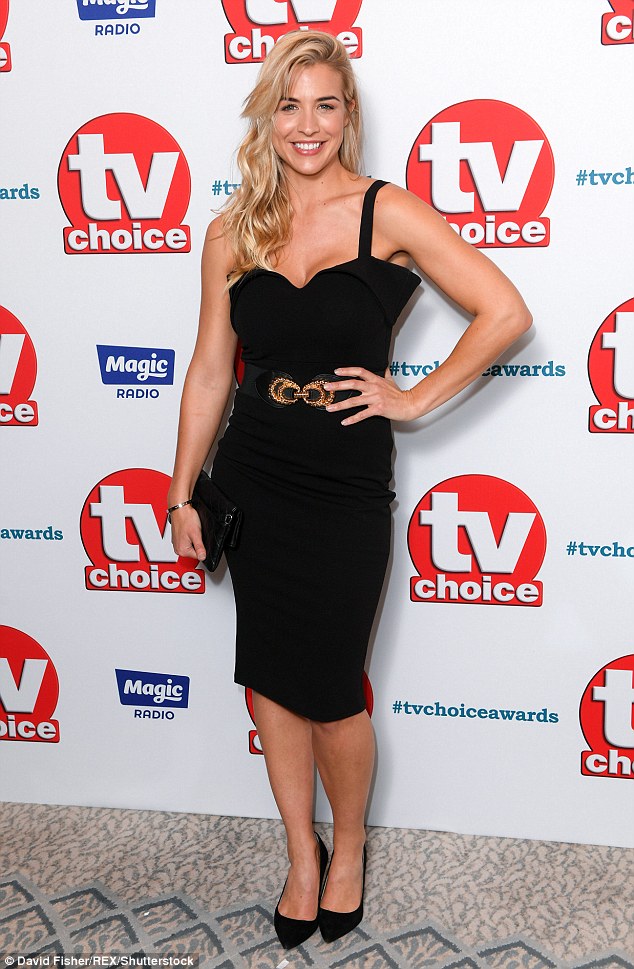 On point: Gemma Atkinson had her gym-toned physique on full display in a skintight black belted midi on Monday as she attended the TV Choice Awards in London’s Dorchester Hotel

Gemma had her sensational figure on full display as she took to the awards event, teaming her bustier-style midi dress with a gold embellished belt to highlight her slim waist.

Gemma kept her blonde tresses lightly curled and swept over on shoulder, and highlighted her flawless tanned complexion with gently lined eyes and a nude lip.

Stylish: The 33-year-old ex-Emmerdale star put on a sensational display in the fitted frock with matching heels, accentuating her waist with a gold embellished belt 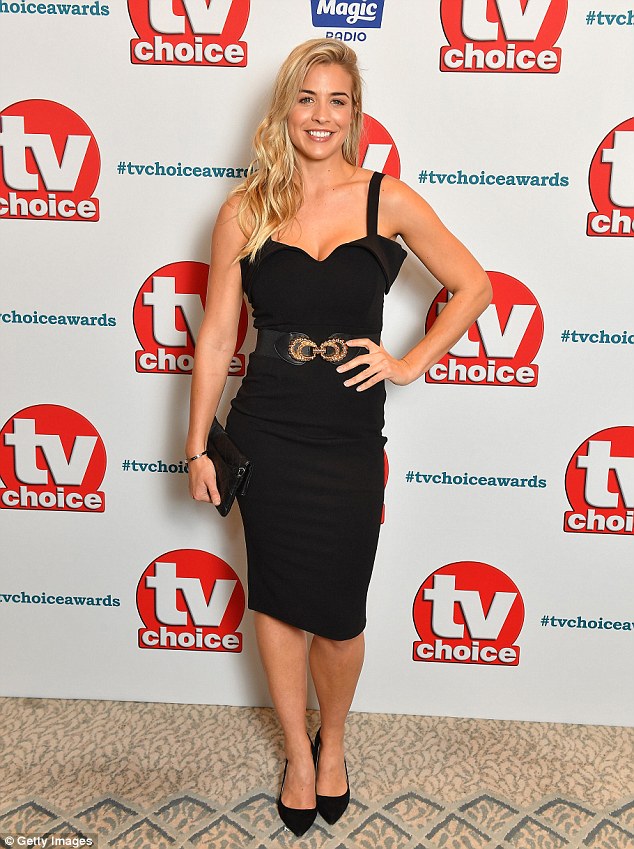 Fashion forward: Gemma accessorised her look with matching pointed-toe heels and an envelope clutch bag, with her blonde tresses lightly curled in a side-swept look

Looking ever jovial despite an early start to present the Hits Radio breakfast show that day, Gemma made it a night to remember as she joined her co-DJs Gethin and Dave.

Absent from the night out was Gemma’s boyfriend Gorka Marquez, who she met during a stint on Strictly last year.

A whole galaxy of television stars descended on the red carpet in hope they’ll nab a coveted honour.

In their 22nd year, Pointless’ Richard Osman once again take to the stage to present the glittering ceremony for the second year in a row. 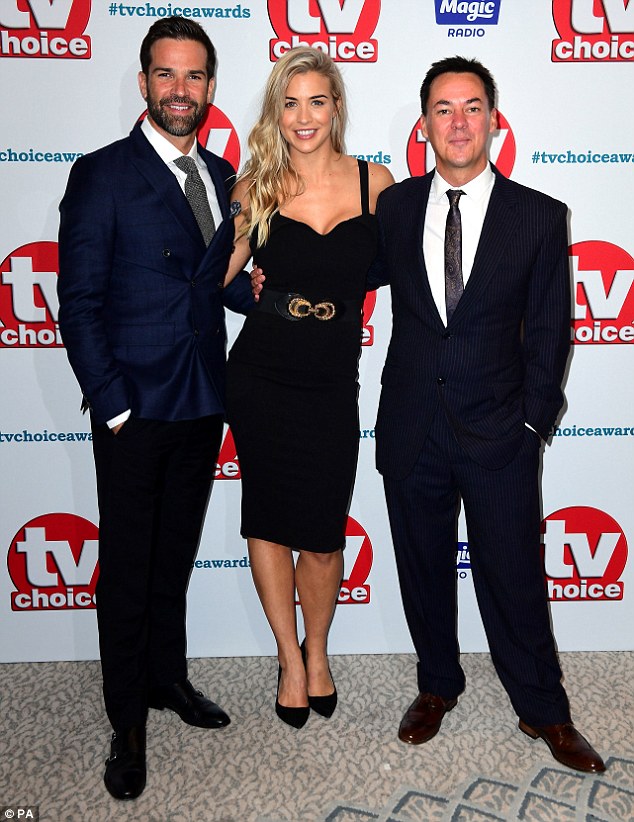 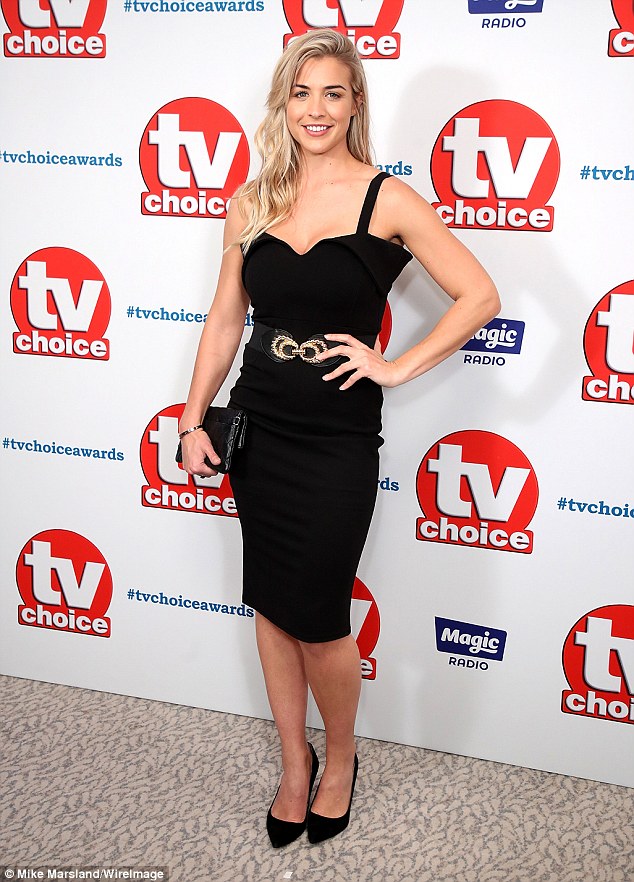 Beautiful: Gemma was in attendance for the awards event following her exit last year from Emmerdale, which will compete against fellow soap rivals Coronation Street and EastEnders 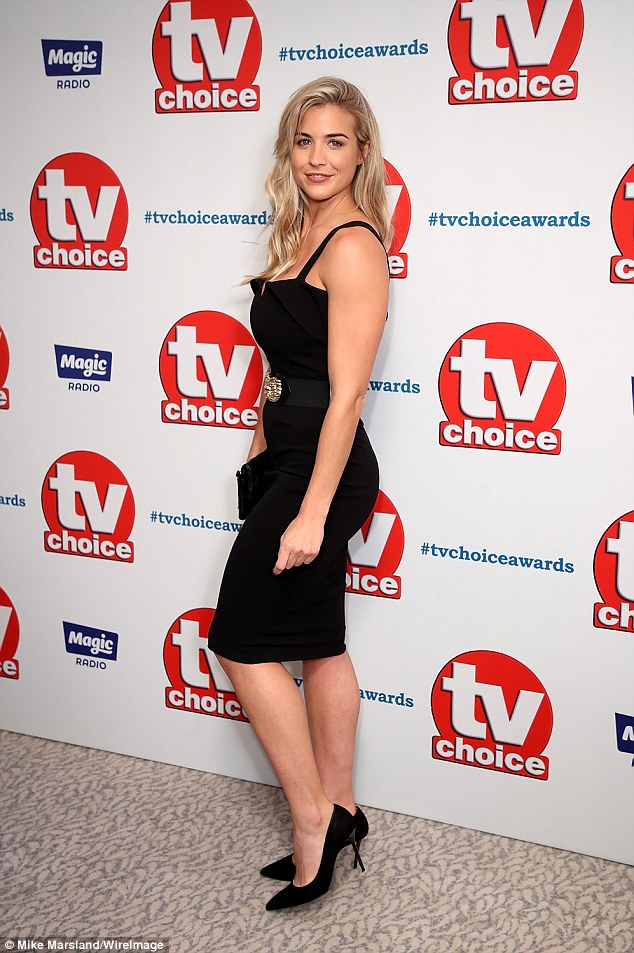 Iconic: Gemma played Carly Hope for two years from 2015 to 2017, and made her exit after choosing to run away with ex-boyfriend Matt