Tottenham’s new stadium may have been hit by delays but the club are doing their best to ensure that it will feel like home for supporters when it eventually does open.

A replica of the iconic golden cockerel that was in place at their old White Hart Lane stadium will also be present at their new 62,062-capacity ground, as reported by the .

The cockerel, constructed by Mould Makers, is a scaled-up version of the original that first appeared at White Hart Lane in 1909 and stands at 4.5 metres tall. 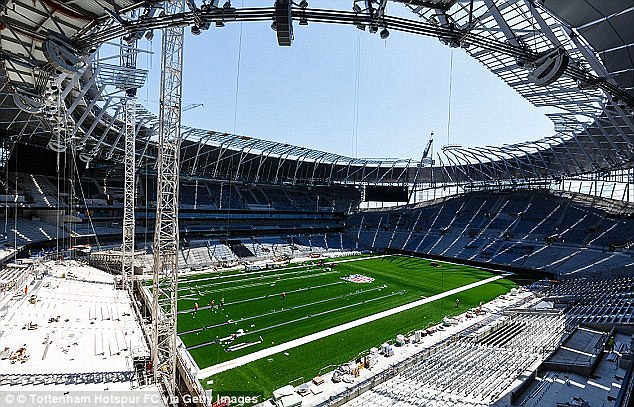 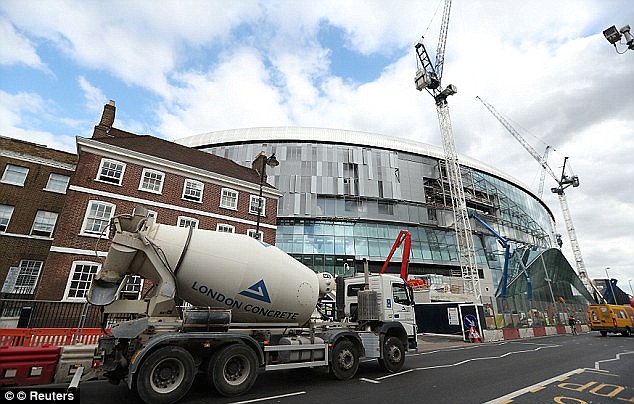 The 62,062 capacity stadium looks spectacular from the outside and should be worth the wait

Tottenham took a scan of the original structure, which they still own, to ensure that the new cockerel is as similar as possible.

The sculpture, which has been painted with a two-part golden finish, is now ready to be lifted onto the South Stand roof.

Arthur Steward of London Mould Makers, said: “The Cockerel has such a rich history, it tells its own story. It is an honour to preserve that history and pay homage to the original artists who created it.

“Many of our employees working on this project are Tottenham residents, so we are all well aware of the huge benefits this stadium regeneration scheme will bring to the local area.”

In another move to make the new ground – officially known as Tottenham Hotspur Stadium – feel more homely, the club have ensured that bricks from the old East Stand have been re-purposed within The Shelf, one of three feature bars at the ground. 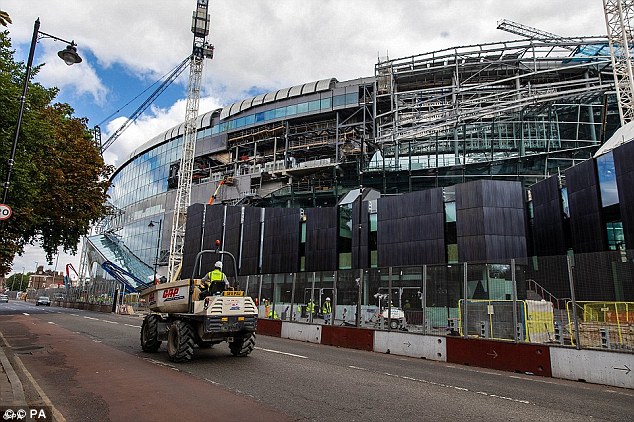 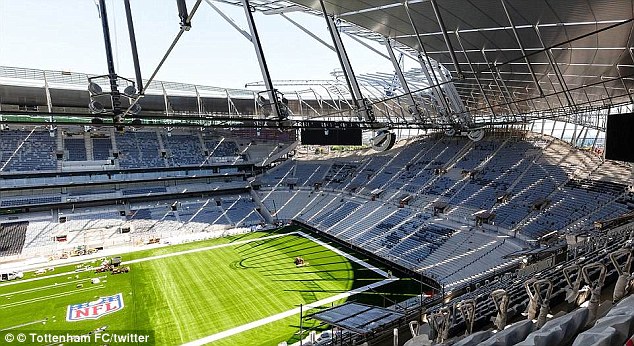 Furthermore, the concrete floors on the concourses include crushed aggregate taken from White Hart Lane.

The stadium was initially scheduled to open at the start of this season but delays have meant that Tottenham have had to continue using Wembley for the majority of their home matches, while their Carabao Cup third round tie at home to Watford will be played at Milton Keynes Dons’ Stadium MK.