It seems is still able to keep high-profile football company even if he is in the United States.

Rooney, who is based in Washington with DC United, was visited by two of ‘s senior team on Sunday.

Brazil beat USA in an international friendly at the MetLife Stadium in New York on Saturday. 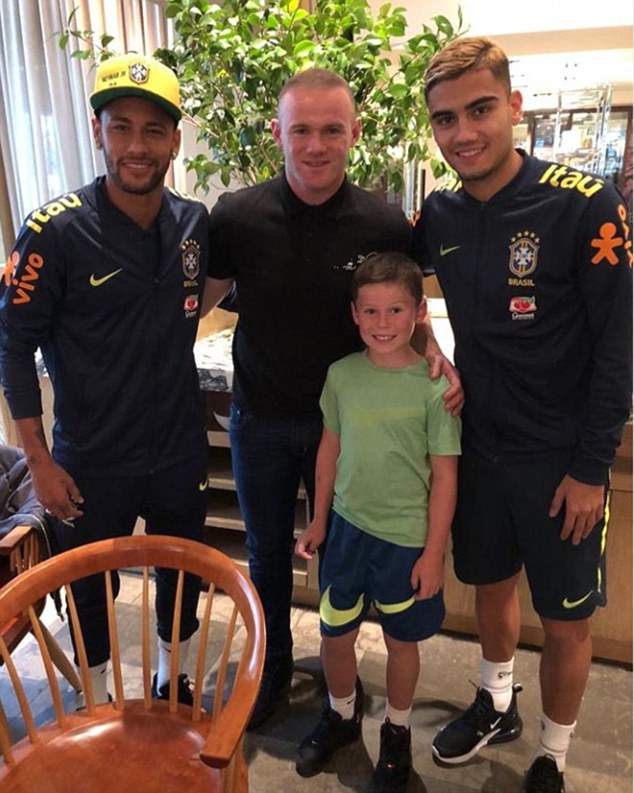 Wayne Rooney uploaded a picture of him, his son Kai with Neymar and Andreas Pereira

Neymar and Andreas Pereira both joined Rooney a day on from Brazil’s 2-0 victory.

All four posed for the camera with Neymar and Pereira both in Brazil training kit. 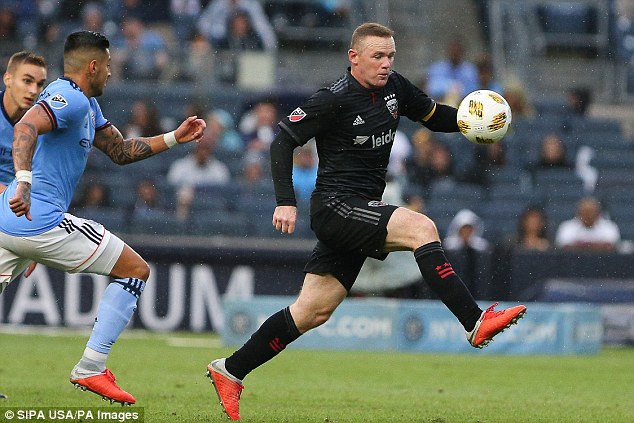 The Brazilian pair weren’t the only visitors Rooney had over the weekend.

David Moyes was in the crowd to watch New York City draw 1-1 against DC United on Saturday evening as speculation persists over the USA head coach role.

Moyes, who is currently unattached after leaving West Ham at the end of last season, was in attendance at the Yankee Stadium to see former Everton protege Rooney feature for DC United.

Defender Steve Birnbaum gave the visitors the lead in the 58th minute from Rooney’s cross, but former international David Villa levelled late on from a direct free-kick. 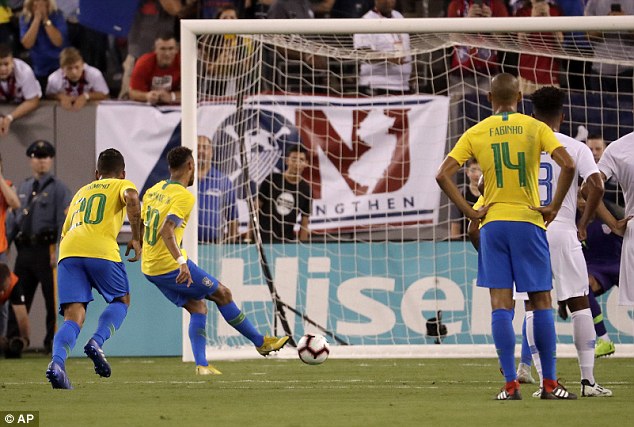