threw a homecoming party in Paris to celebrate this summer’s World Cup triumph after beating Holland 2-1 in the UEFA on Sunday night.

N’Golo Kante may be one of France’s more reserved characters but he was thrust into the spotlight by his team-mates who sang a song dedicated to the Chelsea midfielder, before getting thousands of fans at the Stade de France to join in.

The song, sung to the tune of Joe Dassin’s 1969 hit ‘Les Champs Elysées’, translates into English to: ‘Ohh N’Golo Kante, ohh N’Golo Kante… He is short, he is nice, he’s the one who stopped , but we all know he’s a cheater (at cards), N’Golo Kante!’ 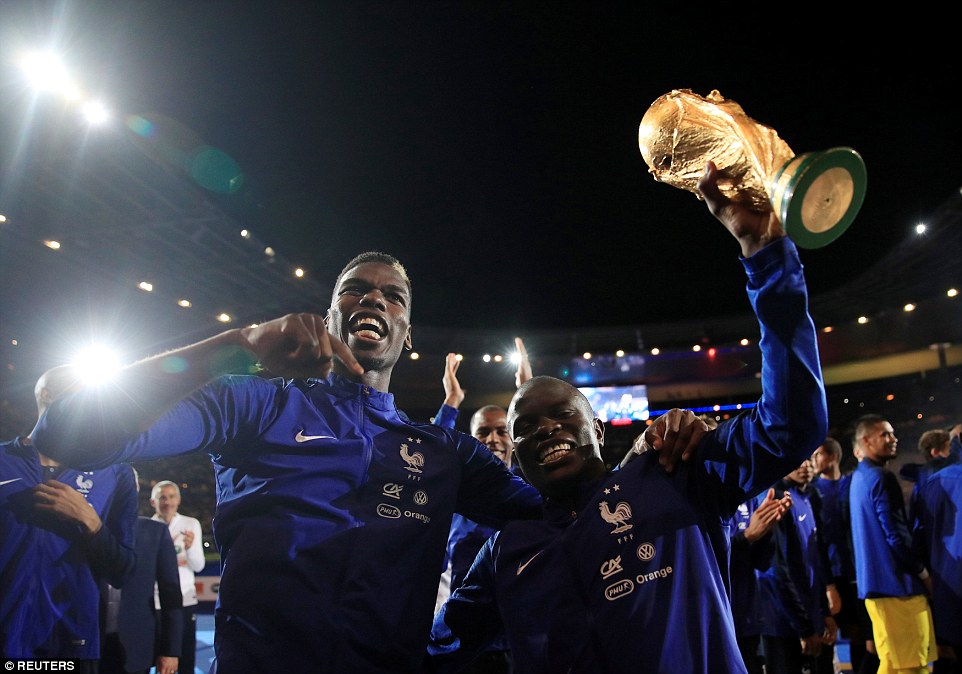 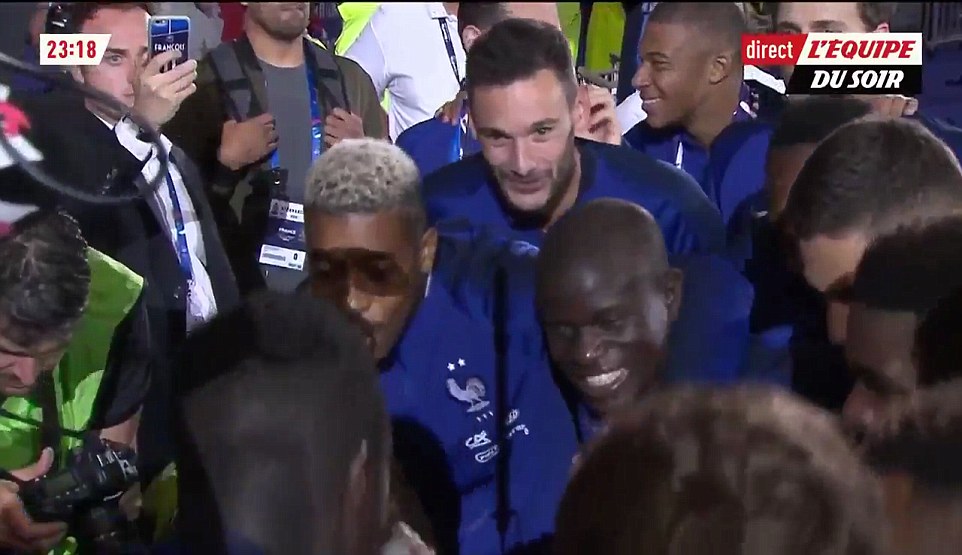 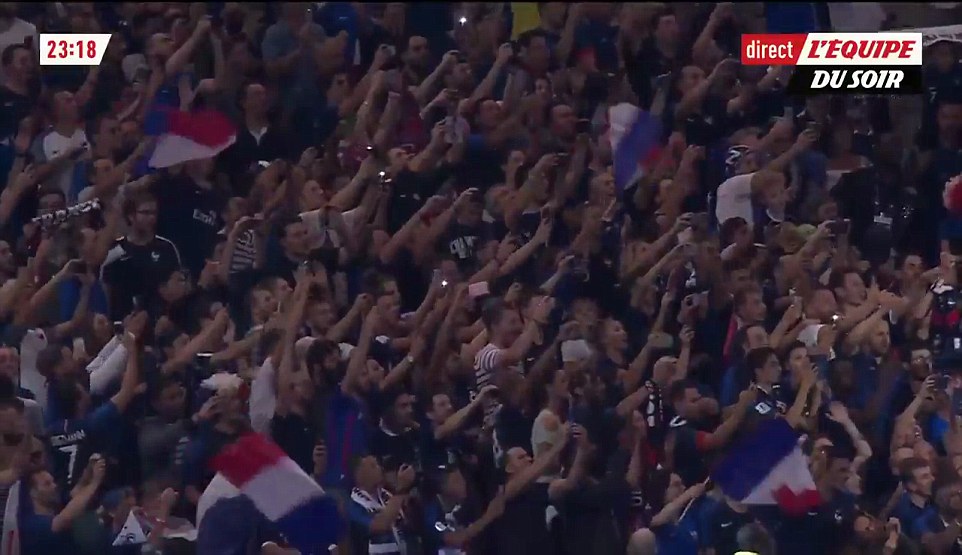 Hoards of fans joined in and sang: ‘He is short, he is nice, he’s the one who stopped Leo Messi, but we all know he’s a cheater’ 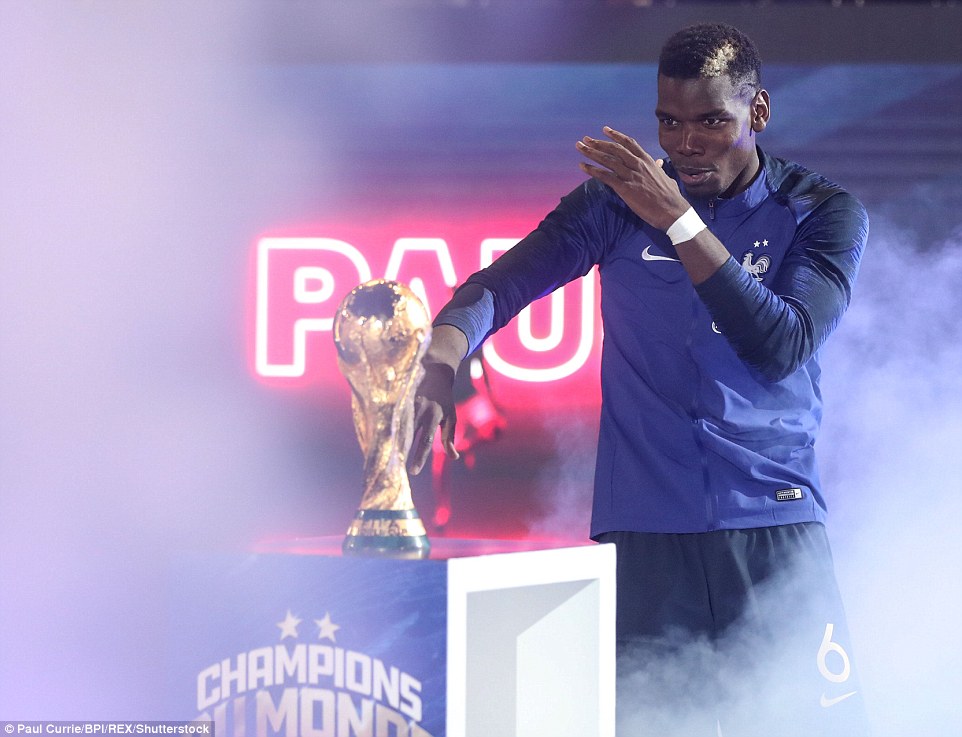 Paul Pogba was one of the players orchestrating the crowd while they serenaded Kante, but the Manchester United ace put on a performance of his own as he brought out the ‘Milly Rock’ dance and the dab.

The celebration party started well before kickoff with video footage depicting fans celebrating across the country on July 15 when France defeated Croatia 4-2 in the World Cup final.

The highlights of France’s campaign were then played on big screens, with every French goal igniting big roars in the stands.

The party continued after the match ended with a sound and light show consisting of the France players introduced one-by-one before a lap of honour with the World Cup trophy.

It would have been less of a party had Olivier Giroud not scored a 75th-minute winner to give France their first victory in the newly-formed UEFA Nations League. 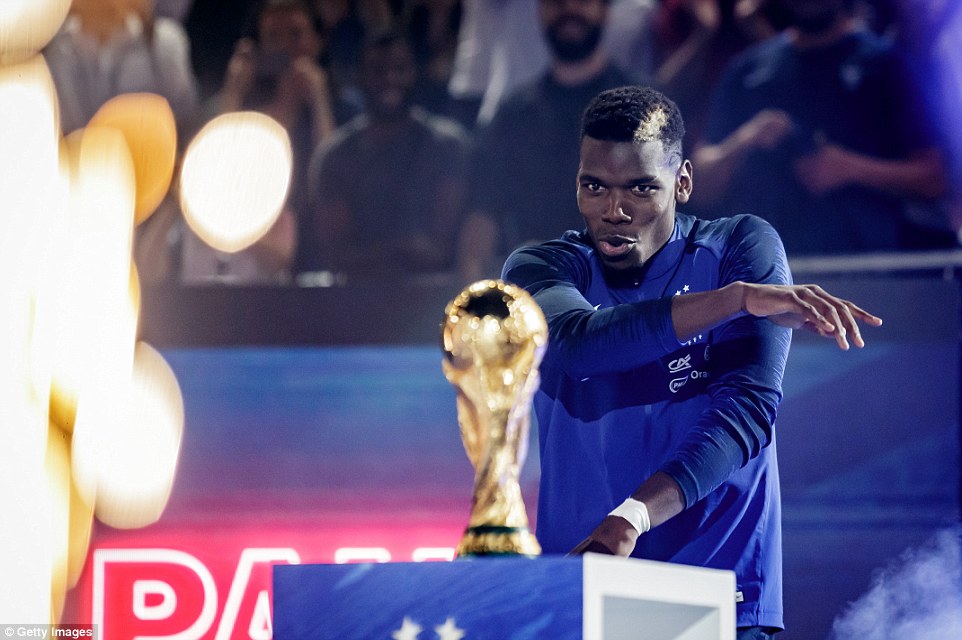 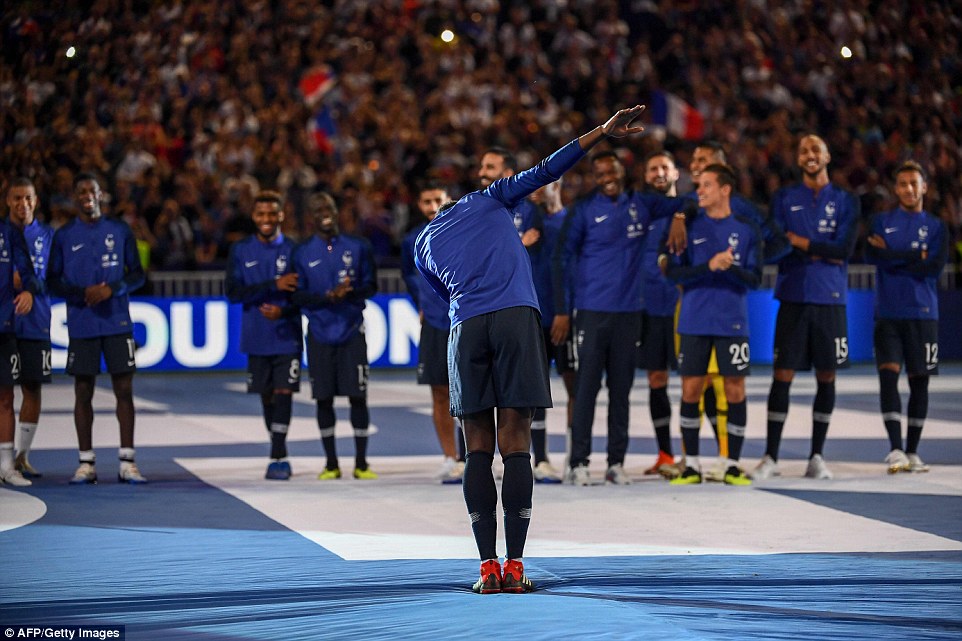 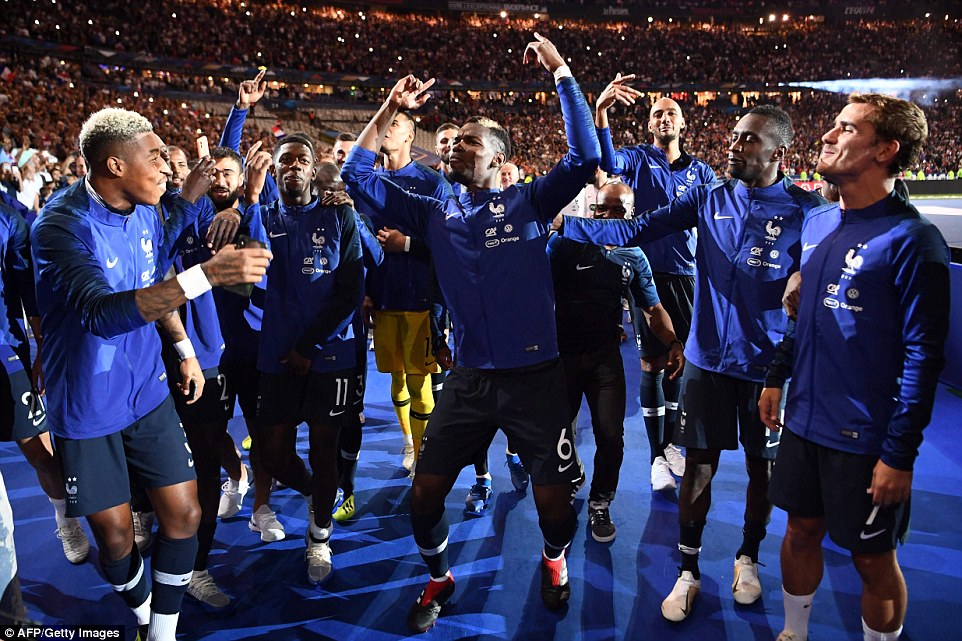 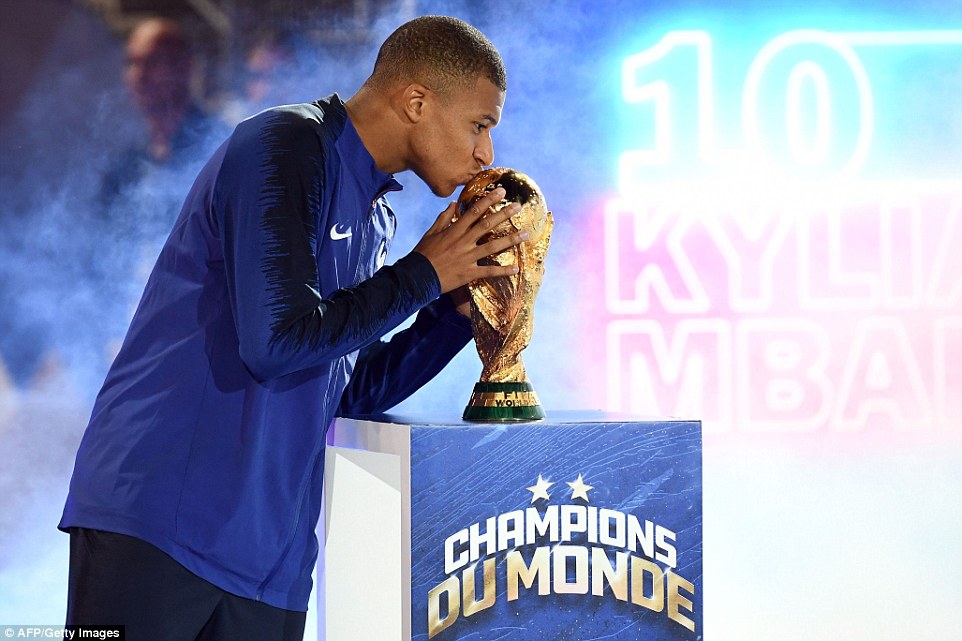 Kylian Mbappe, who scored the opening goal in Sunday’s 2-1 win over Holland in Saint-Denis, kissed the World Cup trophy

France coach Didier Deschamps said in his press conference: ‘The win was the most important thing in order to make this a beautiful party.

‘I’m very happy for Olivier Giroud. Strikers go through periods when they don’t score as many goals.

‘He’s useful to our play and he scored a lovely goal that gave us the win this evening.

‘We’re going to savour it. There was a formidable atmosphere this evening and it’s going to carry on for a bit.’ 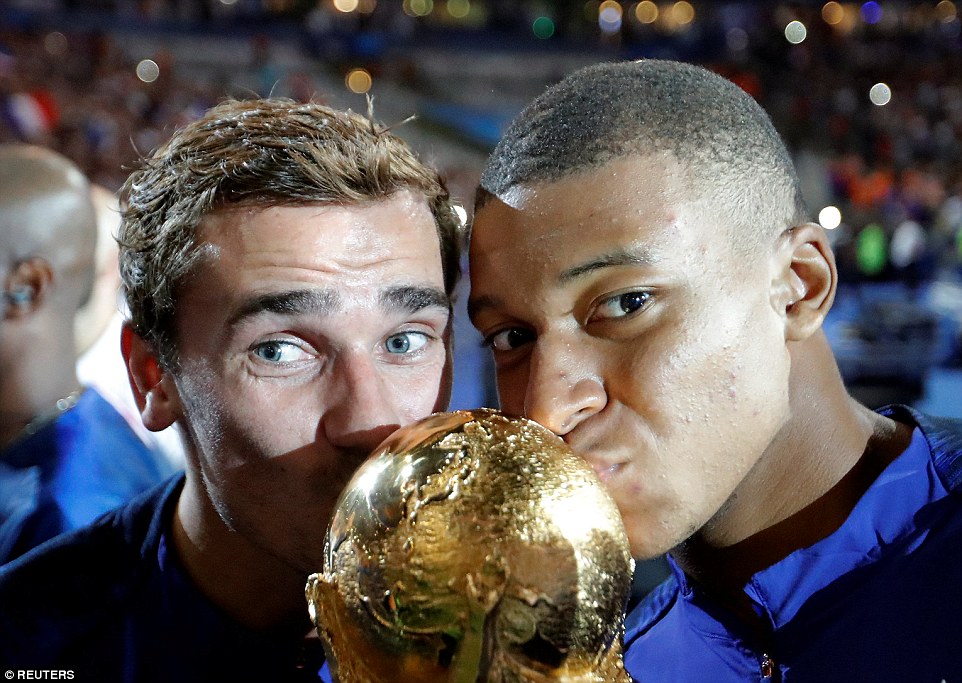 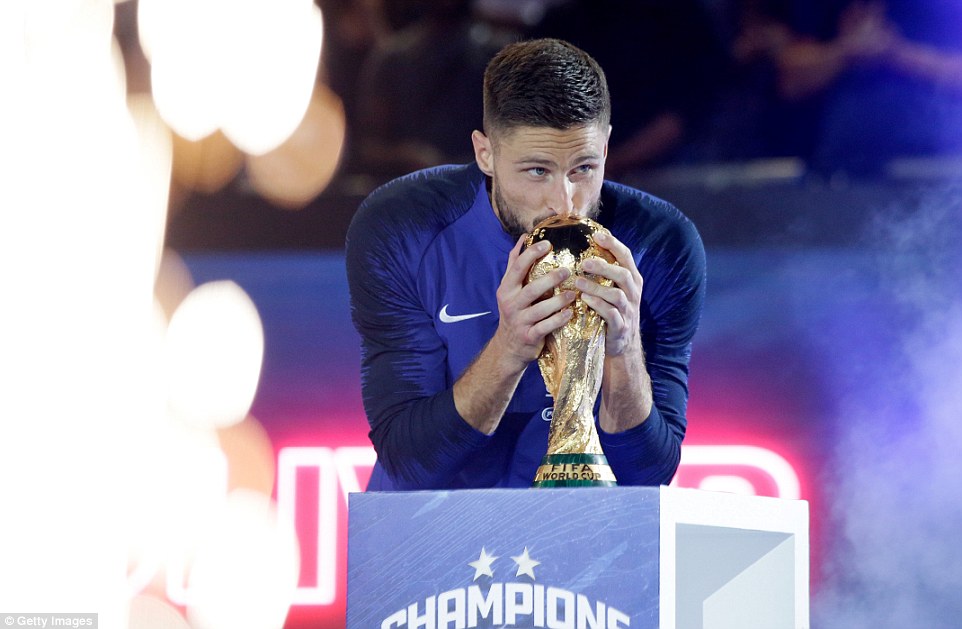 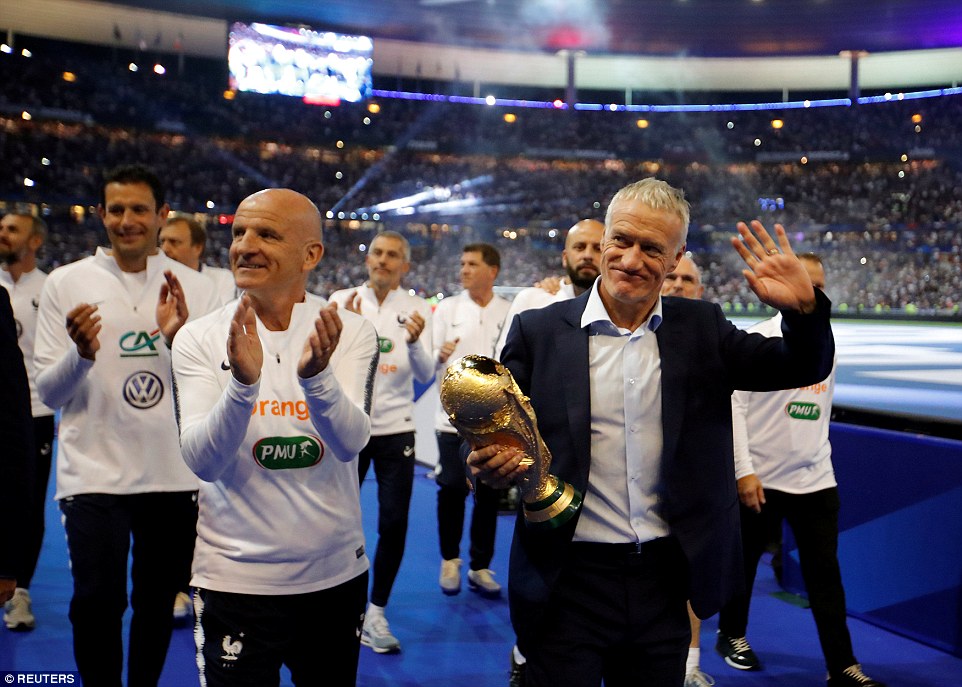 France boss Didier Deschamps waved to the crowd and later told a press conference: ‘There was a formidable atmosphere’