manager Michael O’Neill admits goalkeeper Bailey Peacock-Farrell’s international future will be ‘a factor’ when he picks his team to face Bosnia, but will not allow it to sway his judgement.

England have been in contact with the 21-year-old Leeds keeper who was born in Darlington but qualifies to play for Northern Ireland through his grandfather.

O’Neill is aware that Peacock-Farrell’s allegiance will be decided once and for all if he faces Bosnia on Saturday because the game is classed as a competitive fixture. 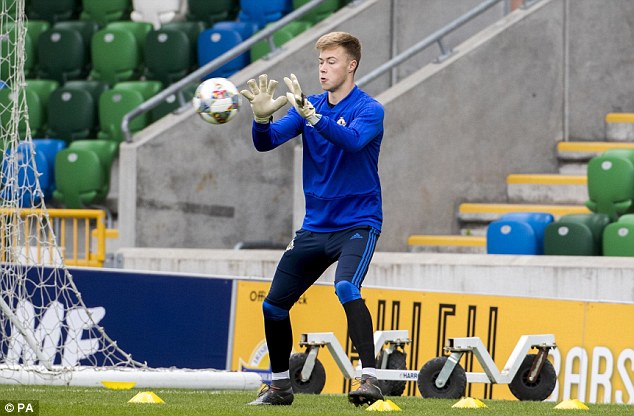 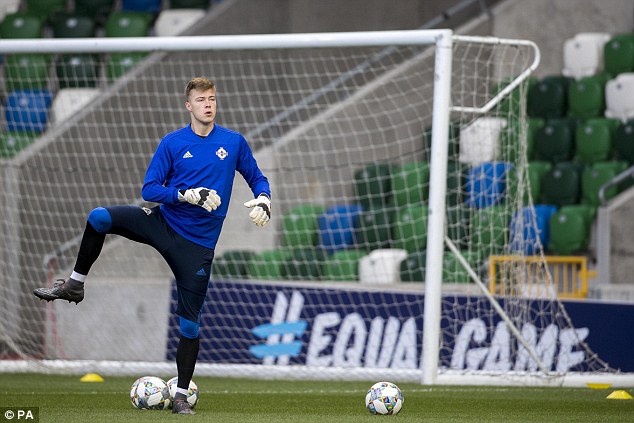 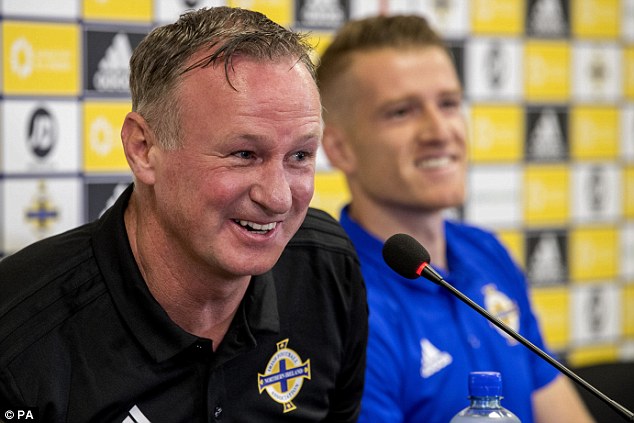 It means that he is likely to make his debut at Windsor Park, even though O’Neill insists that he will pick the best man for the job from Peacock-Farrell, Michael McGovern and Trevor Carson.

‘It’s great that he’s chosen to play for Northern Ireland. He’s a young goalkeeper with huge potential, and it’s good competition for places with Trevor and Michael as well.

‘When you find a young player with potential, you have to give them time and we have people on our staff that have done that – Maik Taylor has played a big role in that and so has (scout) Andy Cousins. 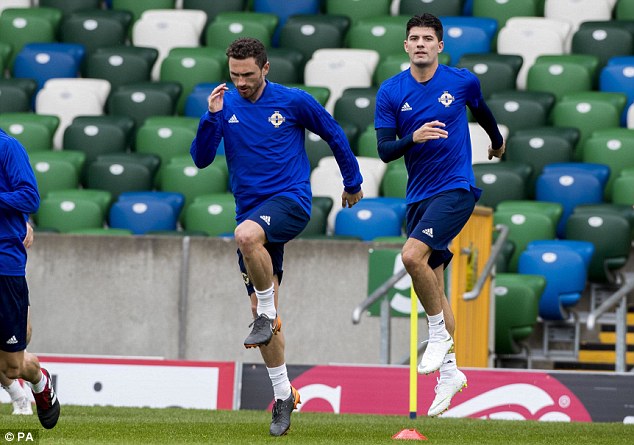 ‘We found Bailey really when he was potential, nothing more than that. He’s done an awful lot off his own back to get where he is and be first choice at Leeds.’

O’Neill has embraced the expectations placed on his side as they prepare to start their UEFA Nations League campaign against Bosnia and Herzegovina on Saturday.

Following their success in reaching Euro 2016 and their narrow miss in World Cup qualifying, O’Neill’s side go into the new competition targeting top spot in their group and eyeing Euro 2020 rather than fearing relegation to the third tier.

‘It’s great to see players turn up not only with a smile on their face but also a real purpose and a belief they can achieve something,’ he said.

‘At the end of the day expectation is a good thing. The worst thing you can have in football is no expectations.’ 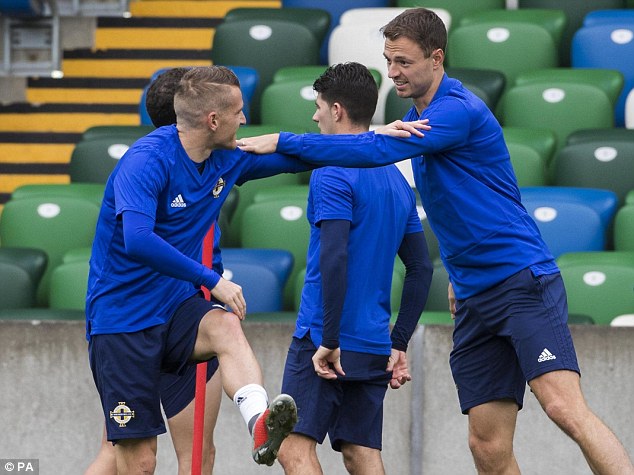 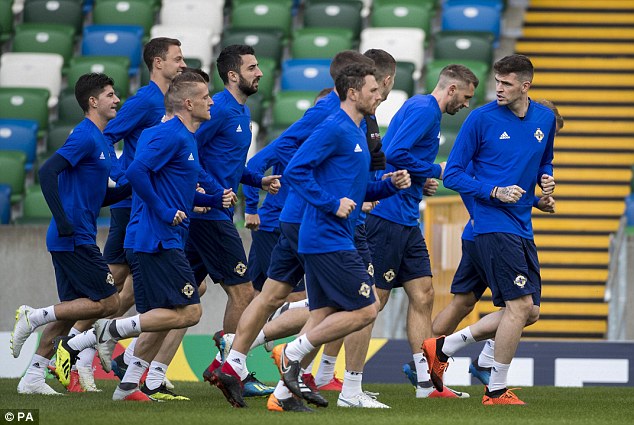 O’Neill declined to reveal who will start in goal, with many expecting Leeds goalkeeper Bailey Peacock-Farrell to make his first competitive start.

The 21-year-old this week revealed he had turned down overtures to switch allegiance to England, and a competitive appearance would close the door on that permanently.

‘That’s always a factor,’ O’Neill said of his selection. ‘But I will pick the goalkeeper I think deserves to play. I don’t think we will lose Bailey, he’s committed.

O’Neill also revealed that veteran defender Aaron Hughes has returned to Hearts with a calf injury. 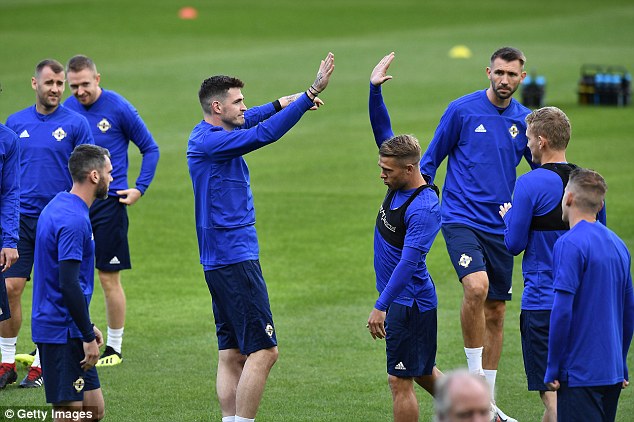