must now split his millions with his wife Marina as they rush through their divorce – but he will not be punished for his alleged philandering.

The Foreign Secretary, 54, who is believed to have at least £6.5million in cash and assets, will share half of everything he has because they have been married for 25 years.

But Mr Johnson’s alleged cheating will not have any impact on the settlement, even though he is reported to have had at least three affairs since he married Marina in 1993, legal experts have told MailOnline.

The couple own a grand Islington townhouse worth at least £4million plus a country home in Oxfordshire with an estimated value of £1million.

Mr Johnson, who is paid £275,000-a-year for a weekly Daily Telegraph column and has written bestselling history books, is said to have a personal wealth of at least £1.5million.

Divorce expert David Leadercramer, a partner at law firm DMH Stallard, told MailOnline: ‘If the assets total £6.5 million then Marina would look at getting half.

‘If £3.25million gave her enough for a home and to meet her day to day needs then she would not usually look for maintenance in addition. They would simply divide assets equally on what is known as a clean break’. Marina, a successful QC in her own right, can expect to get half of everything when the divorce goes through 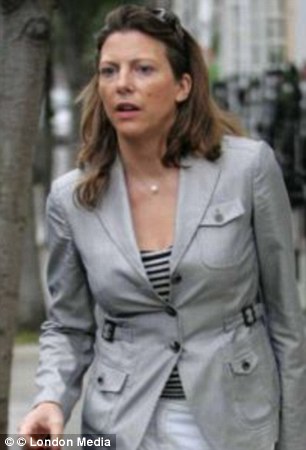 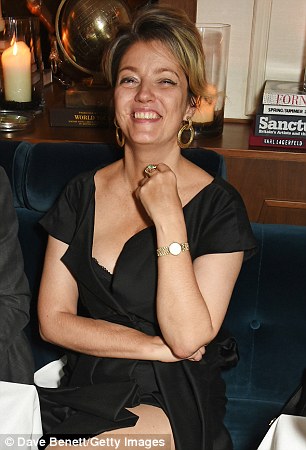 Mr Johnson has previously had affairs with Helen Macintyre (left) and Petronella Wyatt (right) but this will have no impact on the settlement, experts have said

Marina reportedly kicked her husband out amid claims he had another affair.

The Tory MP has also cheated in the past but this will not be taken into account in any settlement.

Mr Leadercramer said: ‘In order to bring in conduct it has to be exceptional, such as trying to kill the other spouse, but serial adulterers are not made to pay in that sense for their “misdeeds”. I have little or no doubt that in this case his conduct won’t affect the financial issues at all’.

Last year it was claimed that Boris Johnson told friends his then minister’s salary of £141,405 a year is not enough to live on.

The Foreign Secretary told friends his annual earnings were insufficient because of his ‘extensive family responsibilities’, according to The Sunday Times.

The Tory MP has four children with Marina Wheeler and a daughter from his affair with Helen MacIntyre.

In law children all require his financial support if they are in full time education or under 25 and not working.

Boris and his wife today announced that they separated ‘several months ago’ and are divorcing.

The rift emerged when his daughter Lara, 25, was apparently overheard calling her father a ‘selfish b*****’ and insisting her mother would now ‘never take him back’.

Their split was announced as it was claimed the Brexit cheerleader is poised to make a bid to replace Theresa May as PM with sources calling it a ‘damage limitation exercise’ rather than a ‘stitch up’.

One Tory MP claimed today the news was all a case of ‘shovelling the s*** out of the way for the leadership bid’. 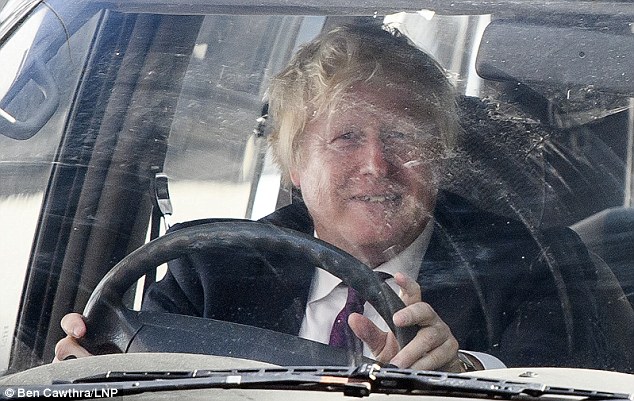 Today Boris looked serious and refused to comment as he left his country home in Oxfordshire minutes before the couple announced their marriage was over.

In a joint personal statement Mr Johnson and Ms Wheeler said: ‘Several months ago, after 25 years of marriage, we decided it was in our best interests to separate.

‘We have subsequently agreed to divorce and that process is under way. As friends we will continue to support our four children in the years ahead. We will not be commenting further’.

Mr Johnson and his lawyer wife Marina Wheeler, both 54, now live apart and no longer socialise as a couple, it was claimed.

He has already been thrown out twice before, first in 2004 over his affair with writer Petronella Wyatt, and again in 2010 when he fathered a love child with art consultant Helen Macintyre.

In the past Mrs Wheeler, mother to their four children, has taken him back, despite his philandering. Sources close to Mr Johnson refused last night to comment.

The MP’s daughter Lara, 25, was overheard at a party ranting about her father’s infidelity, saying her mother would ‘never take him back’, The Sun said.

One affair after another, Boris Johnson’s catalogue of infidelity 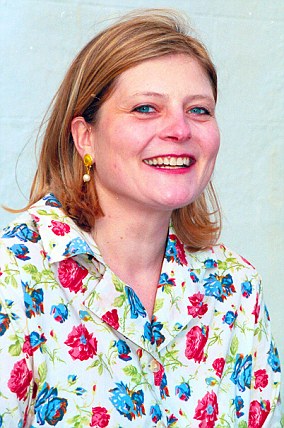 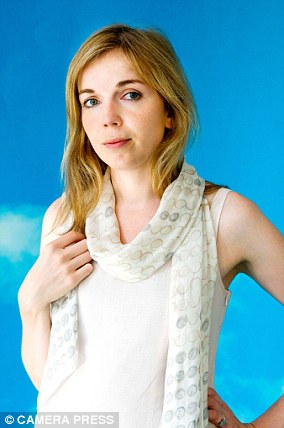 Boris Johnson’s first wife was Allegra Mostyn-Owen, who he met at university but then cheated on her with Marina. He also reportedly had an affair with journalist Anna Fazackerley, which emerged after he was seen leaving her London flat

He married his Oxford University sweetheart Allegra Mostyn-Owen in 1987, but they divorced in 1993 after he cheated on her with his current wife, Marina Wheeler.

In 2004 his four-year affair with journalist and society author Petronella Wyatt, daughter of Labour grandee Lord Wyatt, became public. Nicknamed ‘Petsy’, the pair met while he was editor of the Spectator and she was a columnist.

She later told how she had an abortion and suffered a miscarriage. Mr Johnson was sacked from his role as shadow arts minister by then Tory leader Michael Howard for lying about the relationship. He had previously described reports of an affair as an ‘inverted pyramid of piffle’.

Mr Howard’s spokesman said at the time that the issue was one of ‘personal morality’. Two years later, the News of the World reported an affair with journalist Anna Fazackerley, saying Mr Johnson had been seen leaving her London flat.

Miss Wheeler threw her husband out of their home in Highgate, North London, but the couple later patched things up.

He was able to rebuild his political career, running for London mayor in 2008, but the following year he fathered a child with art consultant Helen Macintyre.

It is understood Mrs Wheeler had, again, kicked him out of the family home. The love child was first revealed by the Mail in July 2010 and in 2013 a court ruled that it was in the public interest for the Press to report Mr Johnson was the father.

In a 2016 article, Miss Wyatt said: ‘He is inordinately proud of his Turkish ancestry and is views on matters such as monogamy are decidedly Eastern.

‘I find it genuinely unreasonable that men should be confined to one woman,’ he has grumbled to me, and cannot understand the media’s reaction to his personal affairs.’

Mr Johnson’s wife has tolerated his philandering, a friend has said, seeing it as a ‘childish side of his personality which one day he’ll grow out of’.

The top 10 most dangerous places to own a car in the UK for vehicle crime and accidents
TripAdvisor accused by ‘countless’ women of failing to adequately warn against sexual assaults
Princess Eugenie pays tribute to Queen Victoria
Boy dies of heat exhaustion in Spain as the country battles wildfires and the rest of Europe sizzles
Inside the exclusive retreat the billionaire paedophile Jeffrey Epstein's pals couldn't resist
Tiger Woods makes history by winning the most PGA Tour events, ties Sam Snead's record
Wuhan doctor dies nine days after contracting deadly coronavirus as he battled to save patients
Greta Thunberg launches video of family walking around burning house