Tom Brady is making one thing clear as he prepares for his 19th NFL season: He doesn’t plan to stop playing football anytime soon.

In the epilogue of his seven-part Watch documentary series Tom Vs. Time released on Wednesday, the 41-year-old Patriots quarterback reiterated his desire to play at least five more years.

‘I think it’s going to be very hard to do. But I think I can do it. And once you stop, you’re done.

After 18 years in the NFL, Tom Brady has done it all. Now, after an off-season spent in search of his conviction, Tom looks ahead to his 19th season season at age 41. Win or lose, Tom’s mind is always on the next game.

Posted by on Wednesday, 5 September 2018 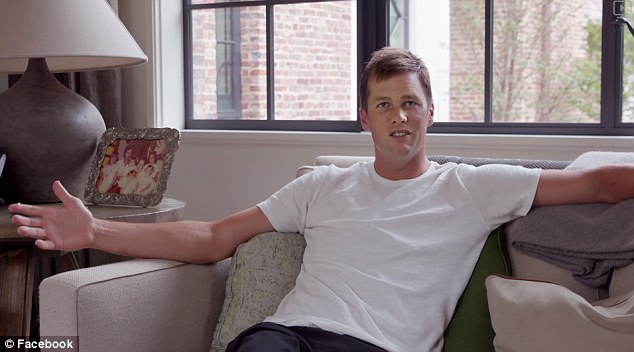 Tom Brady says he would like to continue playing in the NFL for another five years. He is seen above during an episode of his Facebook Watch documentary series Tom vs Time

‘And I think I’m not ready to say that I’m done, because I don’t feel like I am. I still feel like there’s things to accomplish. … It was really hard to get to this point.

‘Why not finish it off?’

New England opens its 2018 season Sunday against the Houston Texans.

Despite winning five Super Bowls and becoming the oldest player ever to win MVP honors last season at age 40, Brady said he thinks there’s another level he can reach. 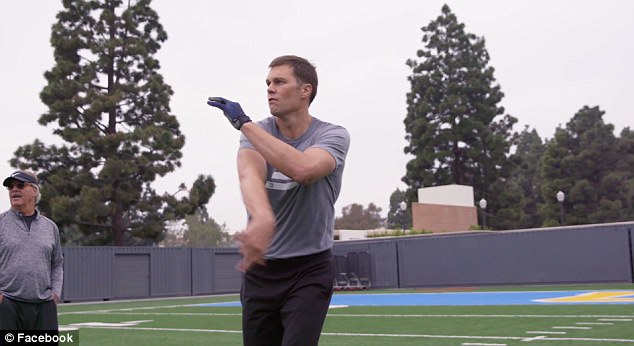 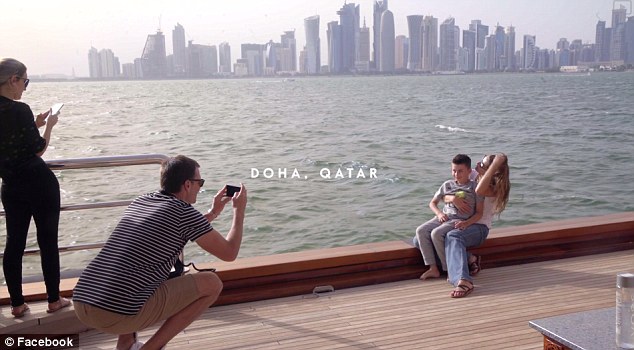 Brady is seen above taking a picture of his wife, Gisele Bundchen, and one of their children while traveling in Doha

‘I think the last eight years of my career have been better than my first 10, so I should just prolong it, and that’s what I’m trying to do,’ he said.

Since its debut in January, Tom Vs. Time has provided viewers a glimpse into several behind-the-scenes moments with Brady on the field since he turned 40, as well as rare looks at his private life off the field.

This final episode also explored what Brady said is a new approach to certain aspects of NFL life, which includes ignoring the opinions people have of him.

At one point he seemed to address the criticism he’s received in recent seasons about his relationship with his personal health coach and business partner Alex Guerrero.

During training camp, Brady called it ‘ridiculous’ to suggest the suspension of Patriots receiver Julian Edelman is tied to his work with Guerrero. 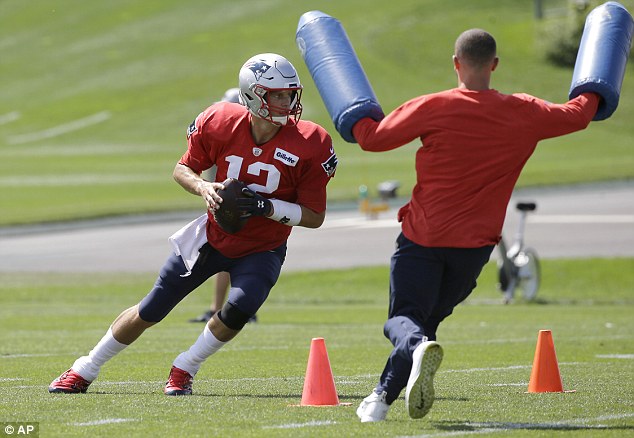 Despite winning five Super Bowls and becoming the oldest player ever to win MVP honors last season at age 40, Brady said he thinks there’s another level he can reach. Brady is seen above during a practice drill in Foxborough, Massachusetts on Wednesday

Those same questions about Guerrero prompted Brady to abruptly end his first media availability of camp.

‘[The media wants] to talk about a lot of drama,’ Brady said during the epilogue.

‘I’m sure a lot of teams have things like that. But ours is just to the tenth degree. I’m learning to do deal with it better.’

Brady also hinted at the rumored discord between him and coach Bill Belichick, which both have previously downplayed.

‘I think anytime you’re together with people for a long period of time, relationships ebb and flow,’ Brady said.

‘I think people are just looking for something to write and talk about. I just don’t give a [expletive] anymore that much about anything. … Nothing’s that big a deal to me anymore.

‘But to worry about a lot of [expletive] of what people may say or think or feel – I really don’t care anymore.’