Marijuana use has become increasingly common among older Americans over the past decade, with rates doubling among adults age 50-64 and rising nearly seven-fold among those age 65 and older, according to a new study.

More than half (54.5 percent) of adults age 50-64 have used marijuana at some point, and 22.4 percent of adults age 65 and older have used the drug during the course of their lives. 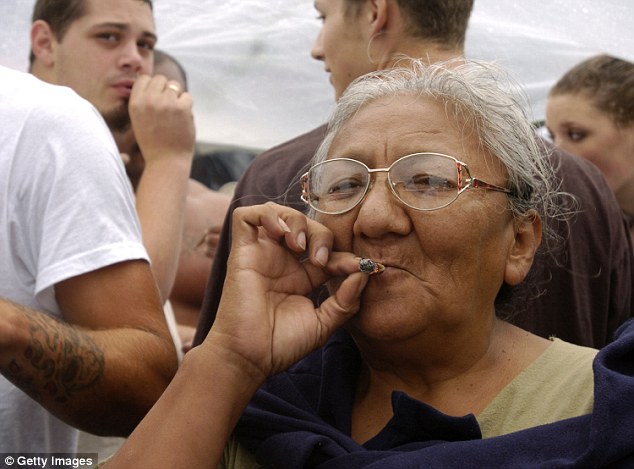 The findings were reported in a new study by the NYU School of Medicine and the Center for Drug Use and HIV/HCV Research at NY Rory Meyers College of Nursing.

Researchers analyzed responses from 17,608 adults age 50 and older from the 2015-2016 National Survey on Drug Use and Health to write the study, published Thursday in the journal Drug and Alcohol Dependence.

‘The Baby Boomer generation grew up during a period of significant cultural change, including a surge in popularity of marijuana in the 1960s and 1970s,’ said Dr. Benjamin Han, lead author of the study. ‘We’re now in a new era of changing attitudes around marijuana, and as stigma declines and access improves, it appears that Baby Boomers–many of whom have prior experience smoking marijuana–are increasingly using it.’

Researchers attributed the shift to several factors, including the growing acceptance of marijuana use in the U.S. for medicinal and recreation uses.

Another factor in the increased use among older Americans is that many users had likely been consuming it already and just aged into the bracket being measured by researchers. In addition, many Baby Boomers had first used marijuana as teenagers during the 1960s and 1970s and so were not ‘new’ users.

‘People don’t really need to be that alarmed, “Are my parents or grandparents going to start smoking weed?” Because most people have been smoking already,’ co-author Joseph Palamar told DailyMail.com ‘We don’t have a lot of new initiates in the U.S.’

Palamar said older marijuana smokers should use caution, as modern strains of the drug are significantly stronger than those available in the 1960s and 1970s.

The timing for when people first started using marijuana varied: Nearly all (92.9 percent of) adults aged 50-64 report first using cannabis at age 21 or younger. By comparison 54.7 percent of adults age 65 and older say their initiation with marijuana was at that age. 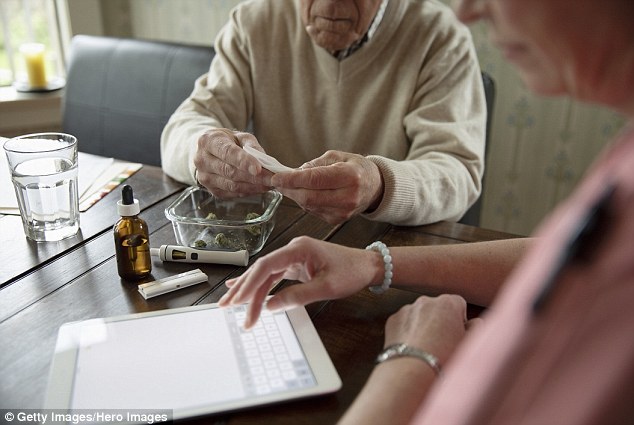 More than half (54.5 percent) of adults age 50-64 have used marijuana at some point, and 22.4 percent of adults age 65 and older have used the drug during the course of their lives

About 15 percent of marijuana users age 50-64 and 22.9 percent of those age 65 and older say that a doctor recommended cannabis to them for medical purposes.

Researchers did warn about the practice of mixing marijuana consumption with other drugs, including prescription medications like opioids and sedatives.

‘Marijuana has been shown to have benefits in treating certain conditions that affect older adults, including neuropathic pain and nausea,’ Han said. ‘However, certain older adults may be at heightened risk for adverse effects associated with marijuana use, particularly if they have certain underlying chronic diseases or are also engaged in unhealthy substance use.’

Palamar warned older users to be aware of what medications they take – for instance blood pressure medication – that could have an impact on how intensely they experience the drug.

Palamar also cautioned against ‘edibles in particular,’ noting that it is more difficult to control the dosage when consuming cannabis through food.

Pilot who died in California crash was friends with brothel owner Dennis Hof
Lucille Ball of I Love Lucy had recreational drug 'poppers' in her system at the time of her death
DR ELLIE CANNON: Why does my man have twitchy feet?
Massive Attack star Tricky feels like he's 'losing his mind' since sudden death of his daughter, 24
Spanish bouncer knocks out an annoying drunk customer with a single SLAP
US coronavirus: Dr Fauci throws cold water on Trump's proposal to reopen the economy by Easter
Tornado rips through northeastern Arkansas leveling homes and businesses as mayor imposes curfew
Boy, 15, is fatally shot in head by a 12-year-old friend just after they ate pizza and played games