avoided suffering the same fate as as he overcame the never-say-die John Millman to reach the semi-finals.

Two nights after Millman’s tenacity and quality ball-striking caused Federer to wilt in the New York humidity, Djokovic battled to a 6-3 6-4 6-4 victory.

Although the scoreline looks straightforward, the match lasted two hours and 49 minutes, with the first set taking an hour and the second 59 minutes. 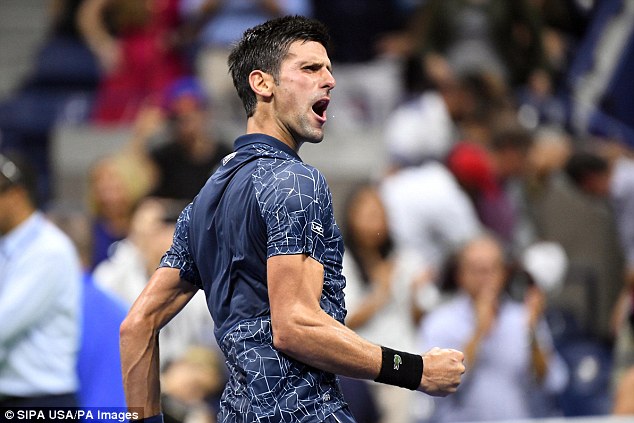 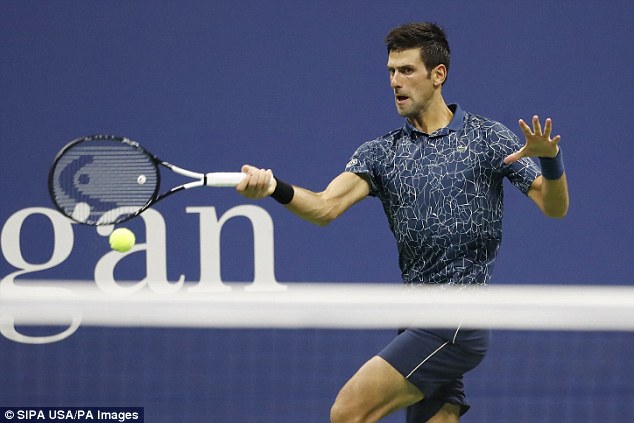 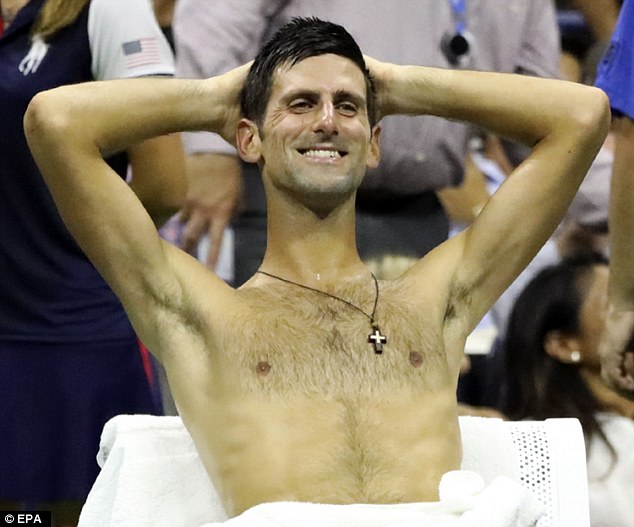 Although the scoreline looks straightforward, the match lasted two hours and 49 minutes

Djokovic, who next faces Kei Nishikori in a rematch of the 2014 semi-final, which he lost, said: ‘I was very tested. Almost three hours, it’s midnight now. Credit to John for putting up a great battle, he’s truly a great fighter. He’s had an amazing tournament.

‘First quarter-finals, he won against Roger. To come out after that kind of win and fight for three hours, he deserves a round of applause definitely.

‘I was struggling, he was struggling, we were all sweating, changing clothes. Just trying to hang in there, find a way to win a match. It happened a couple of times that you survive on the court then thrive with a win.’

Conditions were not as hot or humid as they had been on Monday or Tuesday but still uncomfortable and Djokovic again looked in distress and asked the doctor for a nasal spray. 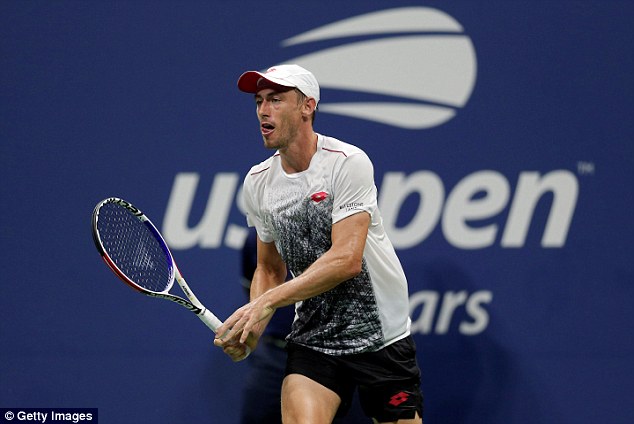 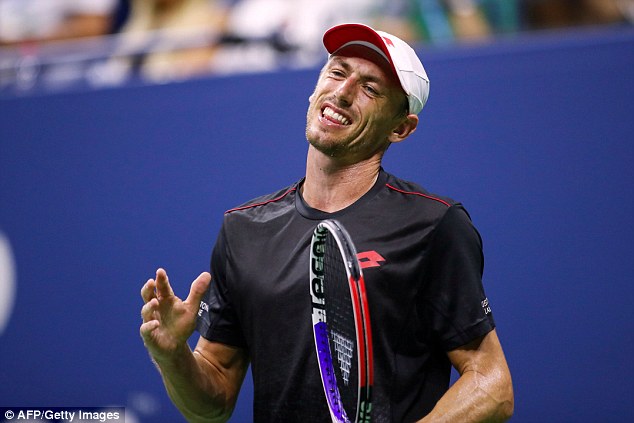 Millman caused an unusual stoppage in the second game, requesting to change his entire kit 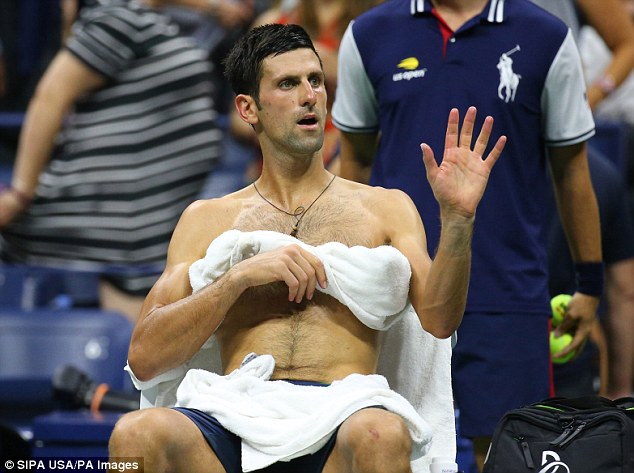 Djokovic, grateful for a bit of a breather, sat grinning in his chair with his shirt off

That came during an unusual stoppage after four games of the second set when Millman requested to go off court to change his whole kit – organisers clarified later that the break was permitted because the Australian was sweating so much it was making the court dangerous.

Djokovic, grateful for a bit of a breather, sat grinning in his chair with his shirt off, much to the crowd’s amusement.

The Wimbledon champion was not doing much grinning on court, though, as he struggled to extricate himself from the dogfight.

It all began well enough as Millman made a similarly nervous start to the one he had against Federer, when he described himself as a deer in headlights.

Djokovic had points for 5-1 but Millman dug in during a long game, and that seemed to settle the Australian, watched from the front row by Rupert Murdoch.

He could not find a way back into that set but he made Djokovic work very hard for it, and the Serbian’s frustration levels increased during the second set as chances came and went. 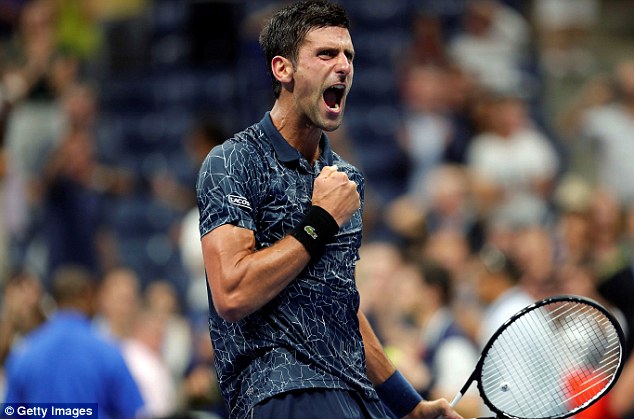 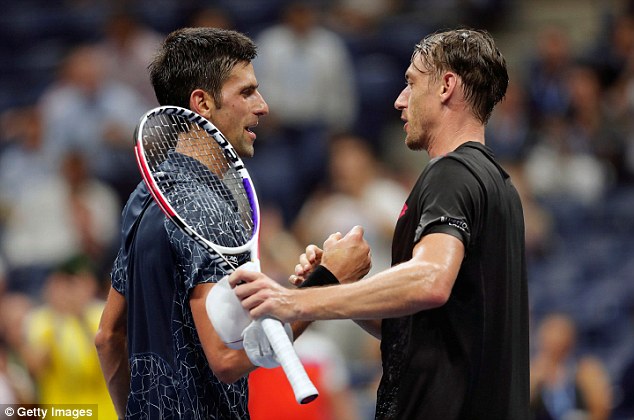 Djokovic was 1/13 on break points when Millman double-faulted on a 14th opportunity at 4-4, volleying the ball away with his foot in annoyance at giving his opponent what he had been unable to take for himself.

When Djokovic broke early in the third set, it looked like the end was nigh, but again he could not put Millman away and, knocked out of rhythm by successive time violations, the second of which resulted in him losing a first serve, he was broken back.

But Djokovic composed himself to break again for 5-4 and this time made no mistake, moving through to the semi-finals for the 11th straight time he has competed here.