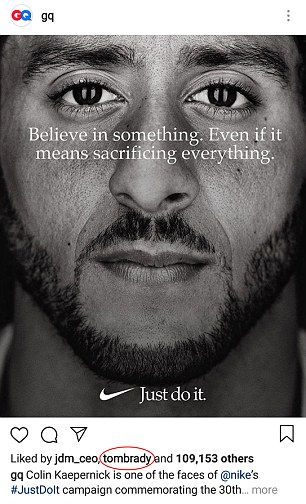 Tom Brady has weighed in on the row over Colin Kaepernick becoming the face of Nike’s Just Do It 30th anniversary campaign to put his support behind the divisive former quarterback.

As outraged Nike customers burned products in protest over the campaign, Brady ‘liked’ several pictures of it that were posted on by , Kevin Durant, GQ and Chris Paul.

He did not post his own screenshot of the campaign which features a black and white portrait of Kaepernick and the words: ‘Believe in something. Even if it means sacrificing everything.’

Kaepernick has not played a game of football for 11 months. He opted out of his San Francisco 49ers contract last August after causing controversy by taking a kneel during the national anthem in a sign of protest against police brutality against African Americans.

On Monday, Nike unveiled the campaign to mixed reviews.

Star athletes including Serena Williams praised the company for putting Kaepernick’s message at the forefront of its advertising.

But Nike customers who opposed Kaepernick’s on-the-field protests were outraged by the move. 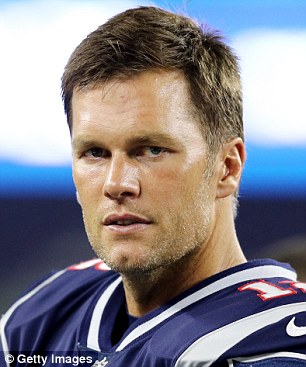 Patriots star Brady never commented directly on the NFL controversy Kaepernick started in 2016 when he took a knee during the national anthem in a sign of protest against racism and police brutality against African Americans. The closest Brady came to weighing in was by saying Kaepernick should still be in the NFL last September

They said it alienated them from the brand and made them choose between their ‘favorite shoes’ and their country.

They are still angry over the NFL’s refusal to suspend players who abstained from standing for the national anthem last season. Their ire spawned the hashtag #NikeBoycott.

The league has introduced a new real for the coming season – players must stand or they can choose not to be on the field for the anthem.

Among those who have criticized Kaepernick repeatedly is the president who says his protests are disrespectful of American troops and veterans. 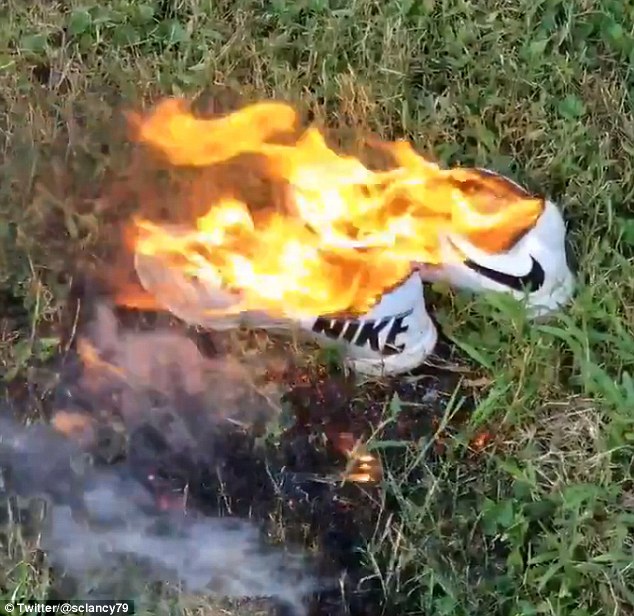 Nike customers revolted on Monday after it was announced. They began burning their sneakers and launched the hashtag #NikeBoycott 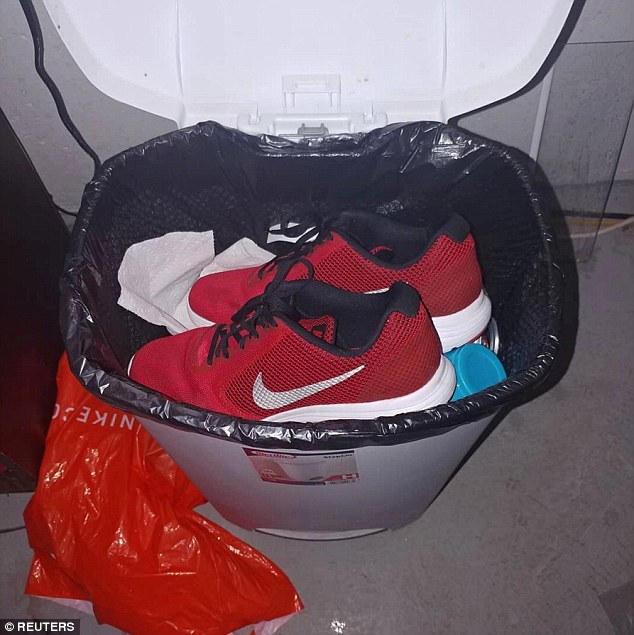 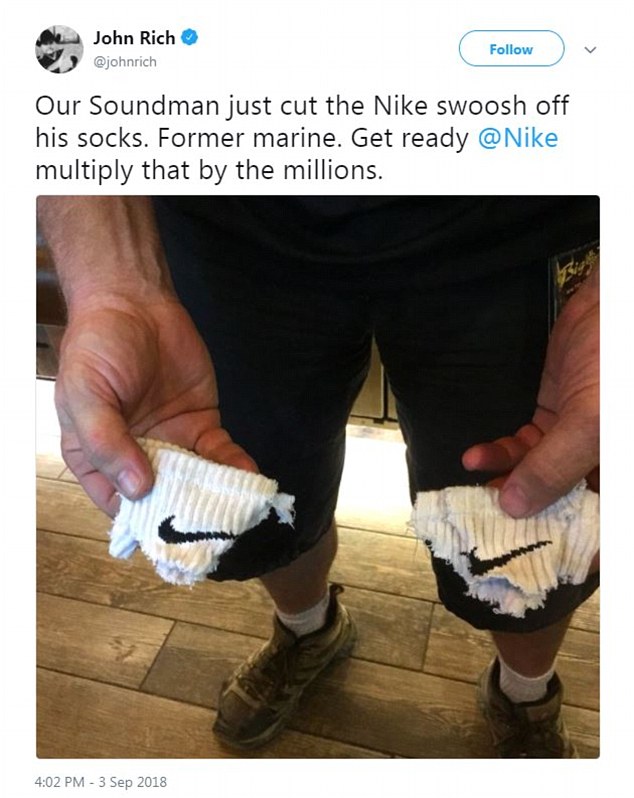 The most outraged by the move were veterans. They are who President Trump has pinned his arguments against Kaepernick on in the past, claiming it is disrespectful towards veterans not to stand for the national anthem 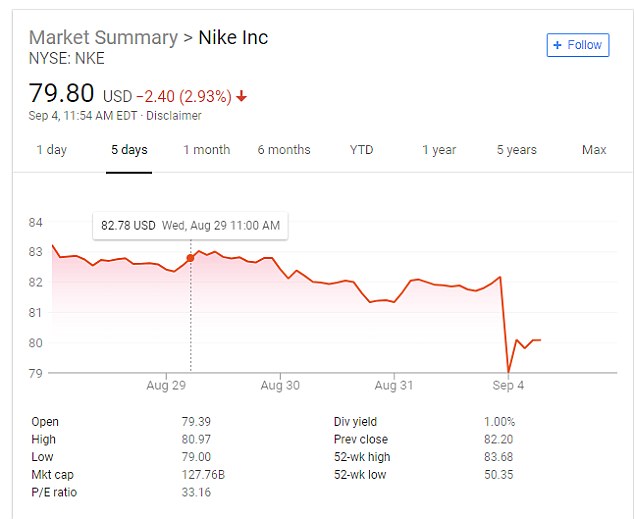 They led the complaints about him becoming the of the Nike campaign this week.

The uproar caused Nike share prices to plummet by three per cent on Monday morning.

‘We believe Colin is one of the most inspirational athletes of this generation, who has leveraged the power of sport to help move the world forward’ said Gino Fisanotti, Nike vice president of brand for North America.

The company has not yet addressed the backlash from consumers.

Nike has in recent months been under scrutiny for its culture and accusations that women are not adequately represented in its leadership ranks.

Chief Executive Officer Mark Parker apologized for the company’s work culture in May to employees in a company-wide meeting.

Nike, which has said it opposes discrimination and is committed to diversity and inclusion, previously announced ‘unconscious bias training’ for its managers and a review of its human-resources systems. 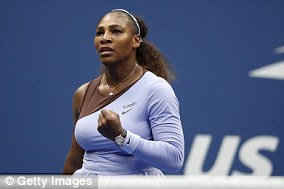 Serena Williams, who shared a photo of herself as a youngster that is featured in the campaign, said she was especially proud to be part of the Nike family with the the hashtag Just Do It after the shot of Kaepernick’s ad was revealed.

Williams has a multi-million-dollar deal with Nike and is currently competing in the US Open, where she just beat her sister Venus Williams.

On Friday night, Kaepernick and former 49ers teammate Eric Reid, a Pro Bowl safety who joined in the protests and is also now out of the league, were each given huge ovations when they were introduced and shown on the big screen during the match between Serena and Venus.

Giants wide receiver Odell Beckham Jr. is also featured in the campaign and just last week shared a photo of himself midair catching a football with the ad caption reading ‘Don’t wait until you’ve won a ring to play like it.’ 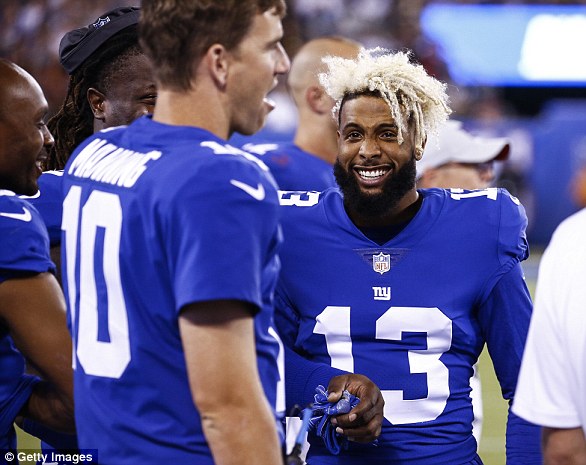 Additionally, skateboarder Lacey Baker, who shared a snap of herself catching air on her board Monday, with the caption ‘It’s only a crazy dream until you do it,’ is also featured in the campaign.

And the NFL’s first one handed player, Seattle Seahawks linebacker Shaquem Griffin, who is an amputee, is also featured in the campaign.

'The US paid a price': John Kerry says Obama should have enforced his 'red line' warning in Syria
Journalist, 26, dies one day after she was found unconscious and hospitalized with H1N1 swine flu
Canadian fashion brand denies Jessica Mulroney's claim she saved it from shutting down
Woman who told court she shot boyfriend in self defense after years of abuse is convicted of murder
Harry Dunn's twin speaks out about his brother who was killed by the fugitive wife of US spy
Billionaire Robert Smith's wife Hope is expecting twins via surrogate
Coronavirus US: Satellite images show empty landmarks
Woman reveals how to trim split ends in THREE simple steps