Serena Williams shook off a slow start to grab eight consecutive games and beat 2016 runner-up Karolina Pliskova 6-4, 6-3 for a spot in the U.S. Open semifinals. 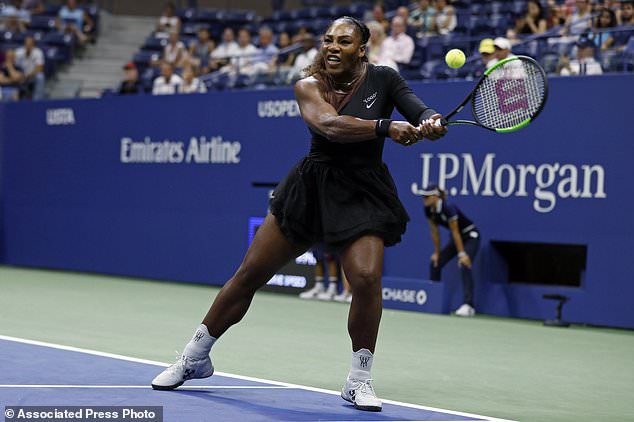 Serena Williams, of the United States, reaches for a shot from Karolina Pliskova, of the Czech Republic, during the quarterfinals of the U.S. Open tennis tournament Tuesday, Sept. 4, 2018, in New York. (AP Photo/Adam Hunger)

But she trailed by a break in the opening set, and then was a point from being behind 4-1, before turning things around.

Williams reached her 36th Grand Slam semifinal and her 12th at Flushing Meadows, where she is a six-time champion.

Pliskova is the last woman to beat Williams at the U.S. Open, eliminating her in the semifinals two years ago. Williams missed the U.S. Open a year ago because she gave birth to her daughter during the tournament.

Isner was trying to become the first American man to reach the U.S. Open semifinals since Andy Roddick in 2006.

As one American star lost in the main draw Tuesday, another of the country’s rising stars was on display at the U.S. Open.

Top-seeded junior Cori “Coco” Gauff won her second round match in straight sets, 6-2, 6-2, over Romanian Selma Stefania Cadar, before juniors matches were suspended because of the heat.

The 14-year-old comes into this tournament as the second-ranked junior in the world after winning the girls’ French Open title earlier this year. She received a wild card into last year’s U.S. Open and became the youngest player ever to make the girls’ final.

Gauff said she tried both those sports, but found her niche with tennis.

Gauff received a wild card this year into the qualifiers for the main draw at Flushing Meadows, but lost 6-4, 6-1 to Heather Watson of England.

Defending champion Sloane Stephens has been knocked out of the U.S. Open in straight sets.

Anastasija Sevastova, the No. 19 seed, dominated Stephens 6-2, 6-3 to reach her first semifinal in Flushing Meadows after making it to the quarterfinals the past two years.

Stephens beat Sevastova a year ago on her way to the title, but had no answer for the Latvian on Tuesday.

Sevastova came into the match having broken her opponent’s serve a tournament-leading 23 times. She broke Stephens twice in the opening set, including at love in the final game.

She broke again to go up 2-0 in the second set before Stephens, pleading with herself to fight, broke back.

But Sevastova broke again to go up 3-1.

She then dropped her racket and held her hands to her face as a Stephens shot went into the net on the match’s final point.

The extreme heat policy is in effect for a second consecutive day at the U.S. Open.

The policy is a rule on the women’s tour but not the men’s. U.S. Open officials began putting it in play last week, when temperatures first soared into the mid-90s. The policy was in place Tuesday through Thursday.

It was 86 degrees just before the start of Tuesday’s quarterfinal between Anastasija Sevastova and defending champion Sloane Stevens on Arthur Ashe Stadium, with temperatures again expected to rise through the 90s.

Serena Williams and Sloane Stephens can give the United States two U.S. Open semifinalists, a year after an all-American women’s final four.

And for the first time since 2006, the host country can have a man there, too.

Williams and Stephens first have to win quarterfinal matches Tuesday. Defending champion Stephens is up first on Arthur Ashe Stadium, facing No. 19 seed Anastasija Sevastova in a rematch of Stephens’ three-set victory in the same round at Flushing Meadows last year.

Williams, seeded 17th, meets the last player to beat her at the U.S. Open. Karolina Pliskova, the No. 8 seed, knocked off Williams in the 2016 semifinals before the 23-time Grand Slam champion missed last year’s tournament, when she gave birth.

On the men’s side, defending champion Rafael Nadal faces Dominic Thiem at night in a rematch of Nadal’s French Open victory, and 2009 U.S. Open champion Juan Martin del Potro plays John Isner in the other quarterfinal.

If Isner wins, he would be the first American in the U.S. Open semifinals since Andy Roddick in 2006. 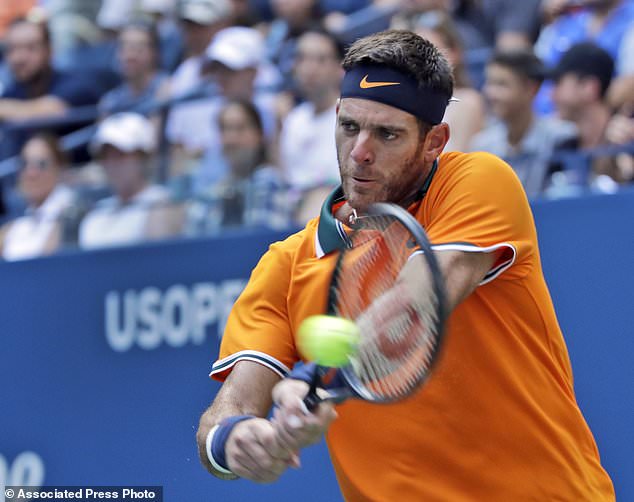 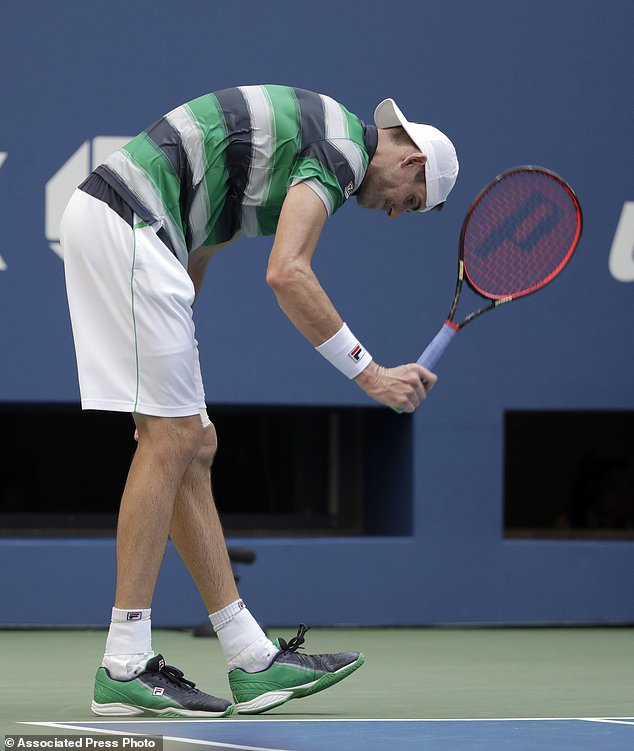 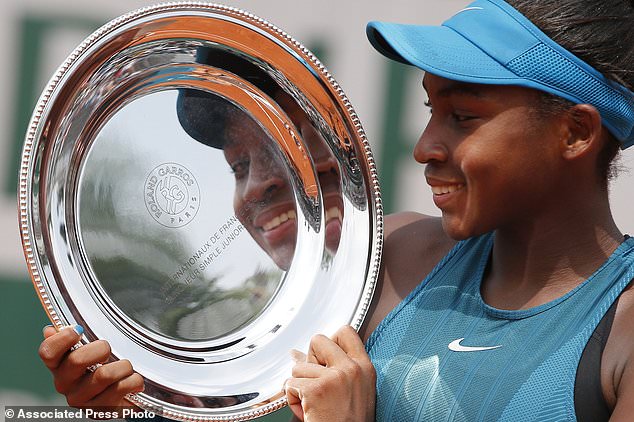 FILE – In this June 9, 2018, file photo, Cori Gauff is reflected in her trophy after defeating Caty McNally in the girls’ singles final match of the French Open tennis tournament in Paris. Venus and Serena Williams remain a nearly constant presence at the U.S. Open since the debut of Arthur Ashe Stadium 21 years ago. Their 30 combined Grand Slam singles titles have left a mark on aspiring young players and the tennis landscape. Gauff, the No. 1 junior, once practiced on the same park courts in Delray Beach, Florida, as the Williams sisters. (AP Photo/Thibault Camus, File) 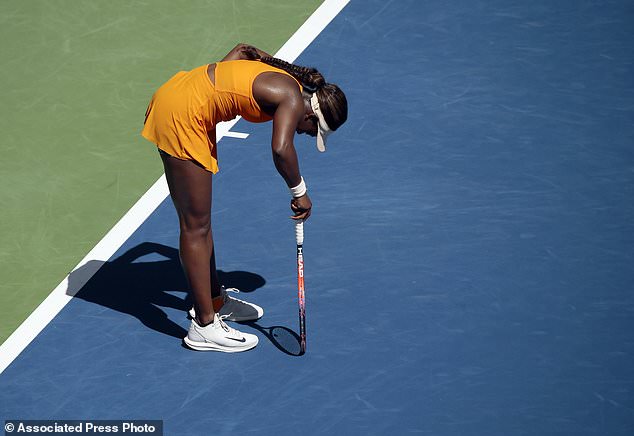 Sloane Stephens reacts during her match against Anastasija Sevastova, of Latvia, during the quarterfinals of the U.S. Open tennis tournament, Tuesday, Sept. 4, 2018, in New York. (AP Photo/Andres Kudacki) 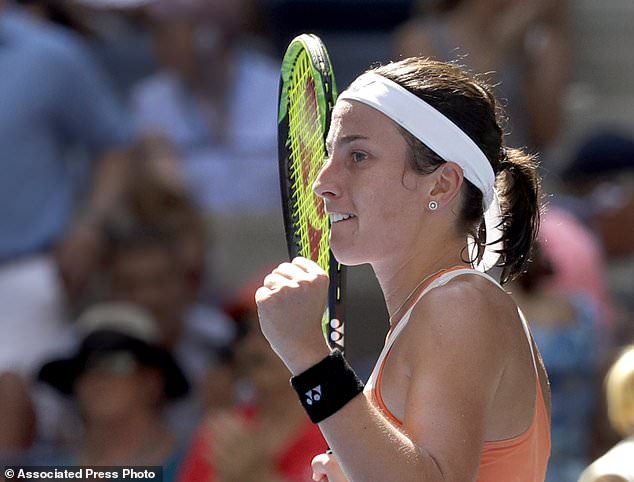 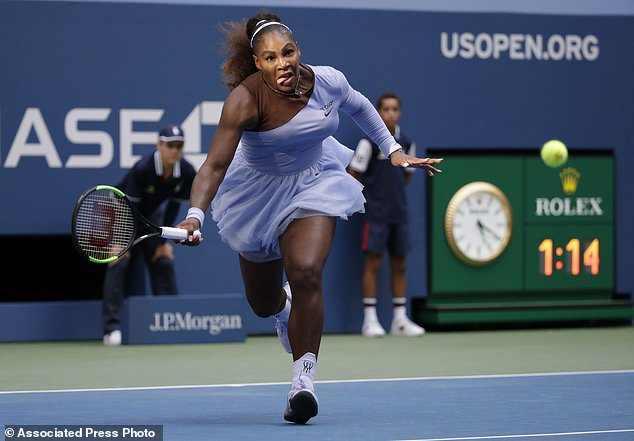 Serena Williams chases down a shot from Kaia Kanepi, of Estonia, during the fourth round of the U.S. Open tennis tournament, Sunday, Sept. 2, 2018, in New York. (AP Photo/Carolyn Kaster)

Leona Lewis cosies as much as new fiancé Dennis Jauch in Utah
Former WAG Abby Gilmore takes a swipe at her ex-boyfriend Jake Stringer
MAGABomber Cesar Sayoc married a fellow stripper while he was touring
Alleged sex abuser dies in road crash shortly before trial
GoCompare Car Insurance survey shows new drivers are spending on average £4,300 for first car
Wales rugby fans get ready to cheer on their team as they take on South Africa
Christmas tree that takes hours to decorate is added to Downton Abbey's Highclere Castle
Nine million attempts to view child abuse images online were made from the UK in just one month