The have been preparing for their inaugural UEFA Nations League clash with Wales on Thursday and manager Martin O’Neill has called on UEFA to act on the Danish dispute that threatens to turn their group into a farce.

Ireland have been training in the Cardiff City Stadium as they prepare for the match with Wales, which will kick off a tournament made to give purpose to international friendlies.

But as it stands, Denmark, the third team in their group, have only called up uncapped players and even futsal players due to a dispute over commercial rights. 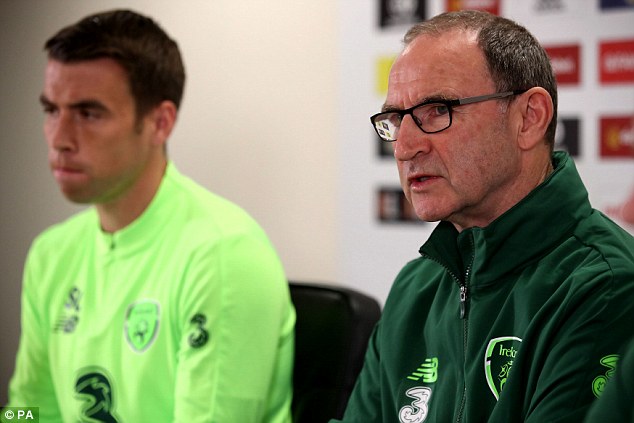 Martin O’Neill took training as usual on Wednesday as he and assistant Roy Keane made their final plans for the Wales clash.

But Denmark’s preparations for their opening game against Wales on Sunday are in turmoil following a row between the Danish Football Association and their players’ association.

It could lead to Denmark fielding a scratch side of third-tier and indoor futsal players in Aarhus, as they did for their friendly with Slovakia on Wednesday night.

It would them with a far more inexperienced side than usual, missing established performers like Christian Eriksen and Kasper Schmeichel. 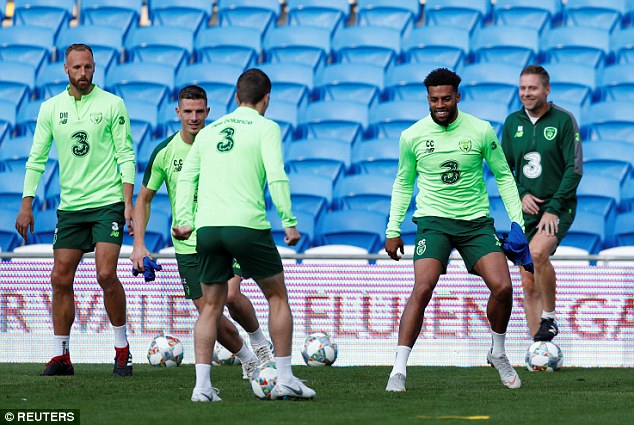 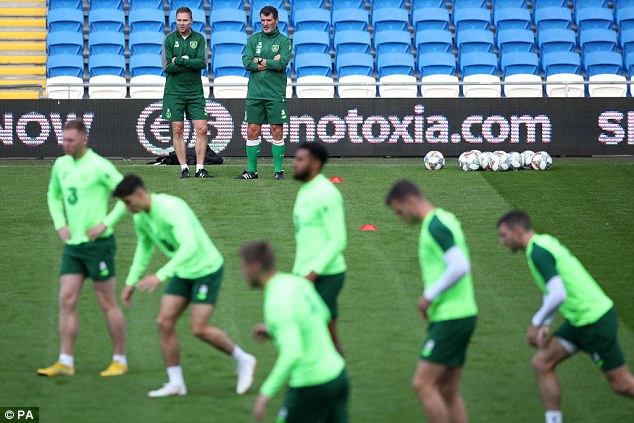 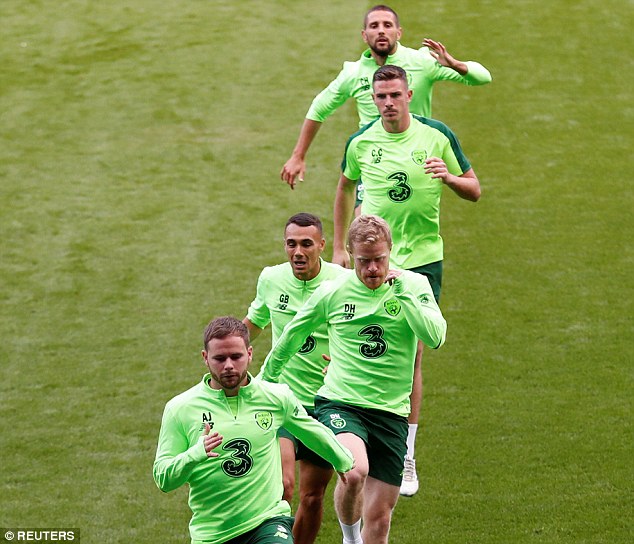 Such an uneven contest for that game would put the Republic at a serious disadvantage in the group.

Ireland are not due to play Denmark until the next international break, during the middle of October – by which time the dispute could feasibly be resolved.

‘If it does develop this way there would certainly be a degree of unfairness about it,’ O’Neill said at his press conference.

‘I think everyone would accept that if Denmark play players from lower divisions against Wales then it certainly gives them a massive advantage.

‘I think UEFA probably should (act), and will as well, if it develops in the direction that it looks as if it is going. UEFA will have to make some sort of statement about it then.

‘It wouldn’t be fantastic news for the competition itself, but we have to see if things get resolved in the next couple of days and Denmark play their full-strength side.’ 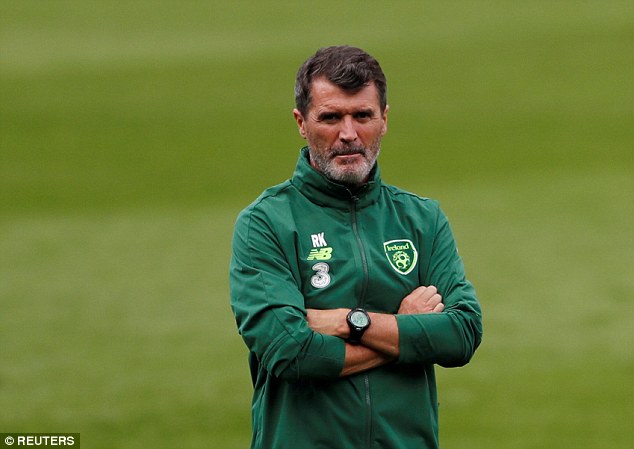 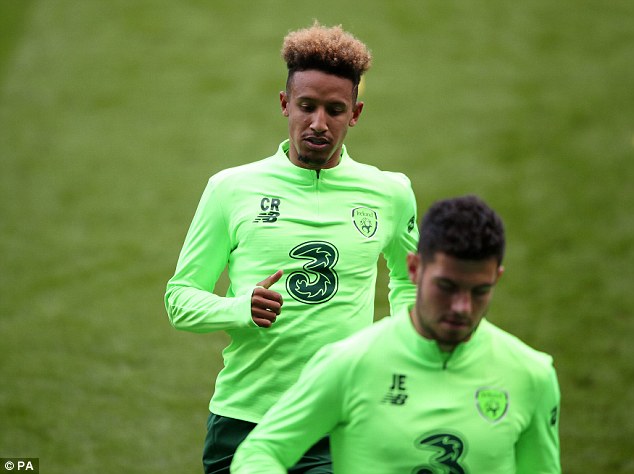 The Republic’s troubled build-up to the fixture suffered another blow when Preston midfielder Alan Browne was ruled out by a calf strain.

Bournemouth midfielder Harry Arter withdrew from the squad following a spat with assistant manager Roy Keane, while West Ham defender Declan Rice made himself unavailable as he considers switching allegiance to England.

O’Neill said: ‘Whatever goes on with some of the players at club level, whether they’re playing or not, they come in and get themselves prepared for the game.

‘Whatever we have we will just give everything we possibly can during the course of the match. The players have done that before my time and during it as well.’ 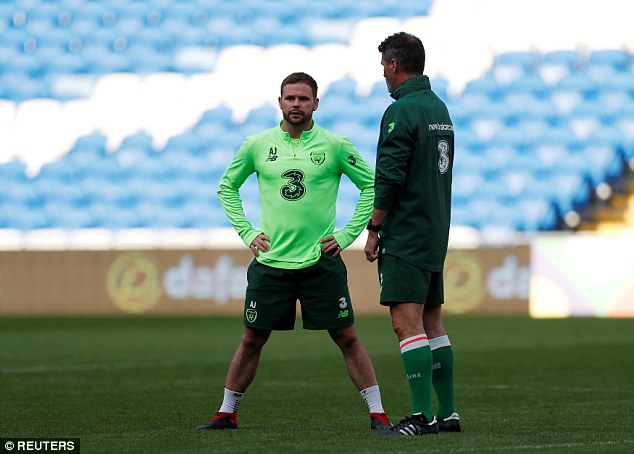 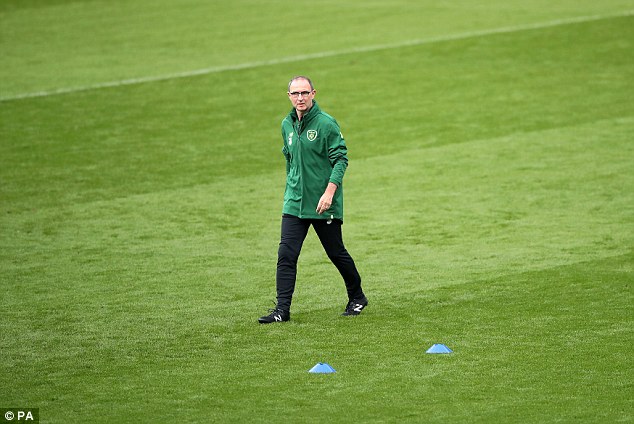 O’Neill will be taking charge of his 50th game as Republic manager in Cardiff and believes the new Nations League is a step forward for European football.

‘The competition has a bearing on the European Championships later on,’ he said.

‘Despite the fact that there seems to be a feeling that no-one totally understands what it’s about, I think we’ve got the gist of it.

‘If you pare it down this competition has taken the place of a play-off situation for some third-placed teams, so I think it is really important.’