A ban intending to clamp down on hard liquor at frat house parties following pledge deaths last year has been ordered for fraternities in the United States and Canada.

The ban does leave room for hard liquor to be dispensed at fraternities, provided the drinks are served by someone with a liquor license.

In a news alert released Tuesday, the North-American Intrafraternity Conference revealed that all international and national fraternities of the NIC have a year to prohibit drinks with an alcohol content of 15 per cent or more from fraternity chapters and events, unless it is served by licensed third-party vendors. 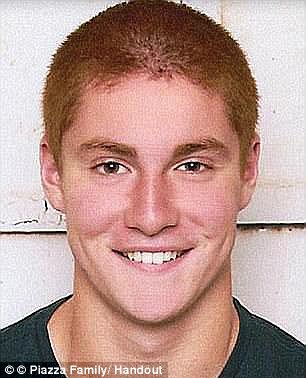 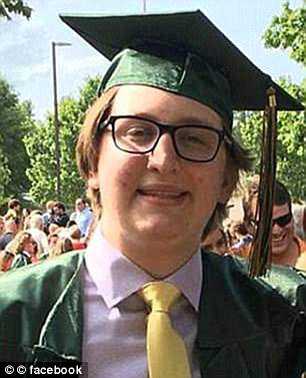 The North-American Intrafraternity Conference announced that its fraternities will ban hard alcohol starting September 2019. The decision comes in the wake of the high-profile, alcohol-related, deaths of pledges Timothy Piazza, 19, and Maxwell Gruver, 18, in 2017

The rule was adopted on August 27 in a ‘near-unanimous vote’ of its 66 national and international fraternities, and must be implemented by September 1, 2019. Chapter facilities and events held outside the US have until September 2020 to comply.

The group has more than 6,100 chapters on 800 campuses in the US and Canada, with an estimated 385,000 undergraduate members and nearly 4.2million alumni.

‘At their core, fraternities are about brotherhood, personal development and providing a community of support. Alcohol abuse and its serious consequences endanger this very purpose,’ Judson Horras, NIC President & CEO  said in the news alert.

The hard liquor ban adoption ‘shows fraternities’ clear commitment and leadership to further their focus on the safety of members and all in our communities,’ Horras added.

The ban comes on the heels of high-profile deaths of fraternity pledges at Louisiana State University and Penn State University in 2017. Authorities said that both deaths were alcohol-related. 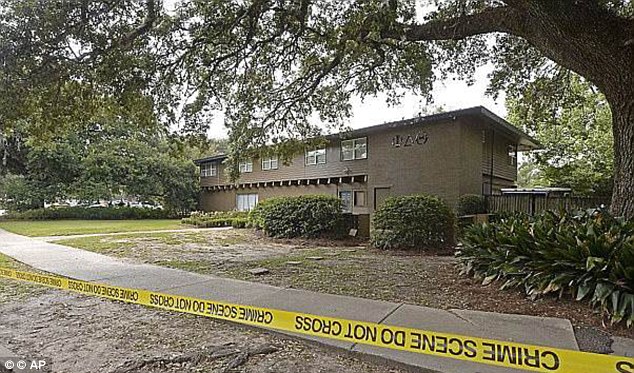 The NIC revealed that the decision to ban hard liquor at fraternity houses and events was almost unanimous. Pictured: Louisiana State University’s Phi Delta Theta fraternity, where Gruver was forced to chug alcohol while pledging and was left to choke on his own vomit 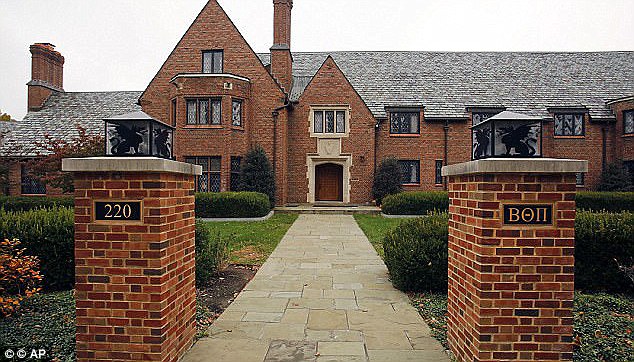 The ban does allow for hard liquor to be served, provided it is done by someone with a liquor license. Pictured: Penn State University’s Beta Theta Pi, where Piazza died after consuming 18 alcoholic beverages in just under 90 minutes as part of a hazing ritual and fell down the stairs

The Interfraternity Council at Purdue University in West Lafayette, Indiana, voted in February 2015 to ban hard liquor from fraternity properties and all chapter events.

Seth Gutwein, the current Purdue IFC president, said the result has been ‘a positive shift in our culture when it comes to the health and safety of our members and guests.’

‘With all NIC fraternities implementing this critical change, it will provide strong support for fraternities to move as one to make campus communities safer,’ Gutwein said in the NIC news release.

The NIC said the new rule follows the adoption of other alcohol-related initiatives in the past year, including a conference-wide adoption of good-Samaritan medical policies, piloting further measures to reduce alcohol, and advocating for stronger anti-hazing laws.

In February 2017, 19-year-old Timothy Piazza died after consuming 18 alcoholic beverages in just under 90 minutes as part of a hazing ritual and suffering fatal injuries when he tumbled down flights of stairs while pledging at Penn State University’s Beta Theta Pi.

Piazza’s parents have now settled their lawsuit against the Beta Theta Pi national organization for an undisclosed sum.

About 25 Penn State Beta Theta Pi fraternity members have been charged with hazing and other offences, three of whom have already pleaded guilty.

In September 2017, Maxwell Gruver, 18, died from acute alcohol intoxication with aspiration, after a night of being forced to chug alcohol while pledging Louisiana State University’s Phi Delta Theta fraternity.

Gruver’s blood-alcohol content was found to be more than six times the legal limit for driving and he had been left to inhale his vomit and other fluid into his lungs.

Authorities initially arrested 10 people in connection with Gruver’s death, but the grand jury only indicted four of them. All four have since pleaded not guilty.

Buccaneers Jameis Winston and Ryan Jensen ferociously argue on field
Teacher tells mum to pack less food for school - but not everyone agrees
Wish moo were here? Dead COWS wash up on Tenerife beaches, shocking tourists
From breakfast cereal to sliced bread suddenly there's added protein in everything
Thousands of fish die of alcohol poisoning in the Kentucky River after a fire at a bourbon warehouse
British woman's relief as she learns her husband is alive after 190mph storm hit their Bahamas home
Amazon's Jeff Bezos wishes Alex Borstein good luck in Emmys
Meghan Markle says she 'struggles' being under the spotlight