Her designer gowns are out of the price range of most of us without a royal budget, but now a high street brand has launched a replica of one of the ‘s most popular gowns for a fraction of the price.

Little Mistress is currently offering – via – a £65 version of the white Self Portrait dress Kate wore to the premiere of A Street Cat Named Bob in November 2016, costing £320.

Kate’s original gown, featured a prominent slit in its long flowing pleated skirt and a crocheted bodice, while the Little Mistress version is almost identical on top but the skirt is a shorter length.

Proving to be one of the royal’s most successful looks, Kate sent the brand’s profile into the stratosphere and caused the frock to sell out instantly, after it was previously sported by Tamara Ecclestone and Paris Hilton 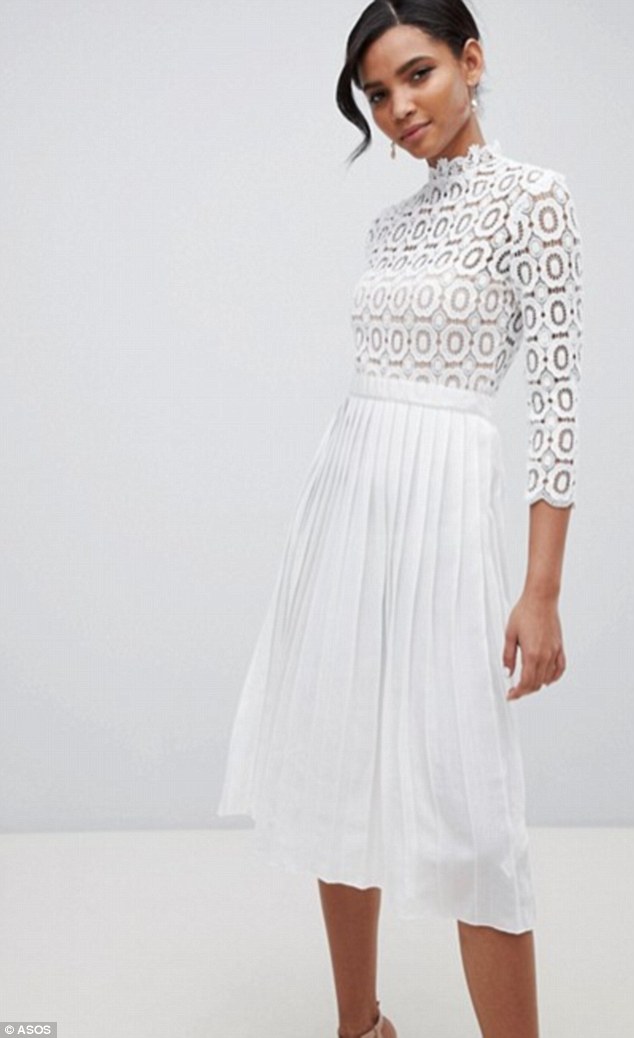 Little Mistress has launched a white dress with a crochet bodice and pleated skirt that’s almost identical to a hugely popular Self Portrait dress worn by the Duchess of Cambridge, costing £320 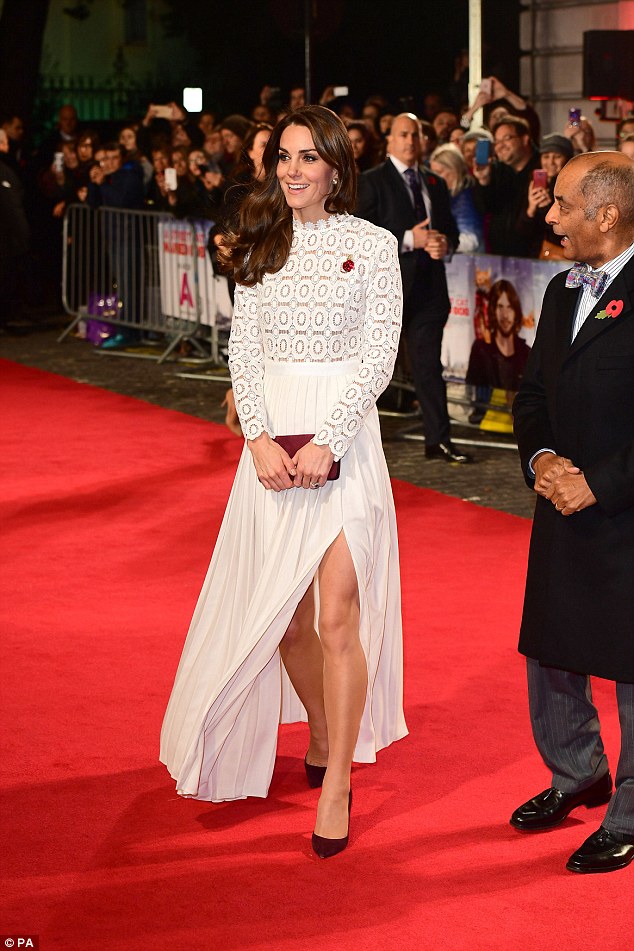 Kate wore the gown, featuring a prominent slit in its long flowing pleated skirt and a crocheted bodice, to the premiere of A Street Cat Named Bob in London in November 2016

Tamara wore the same dress for an Evening Standard photoshoot in June of the same year, while Paris first wore the £320 pleated crochet floral maxi dress to the amfAR Inspiration Gala in Los Angeles.

More than 18 months after Kate made the designer a household name, the dress cropped up yet again on Ascot Racecourse for Ladies’ Day where multiple racegoers copied Kate’s style in the same dress and convincing replicas.

The man behind the brand is Malaysian-born, Han Chong, who trained at the prestigious Central Saint Martins fashion college before launching his collection in London. 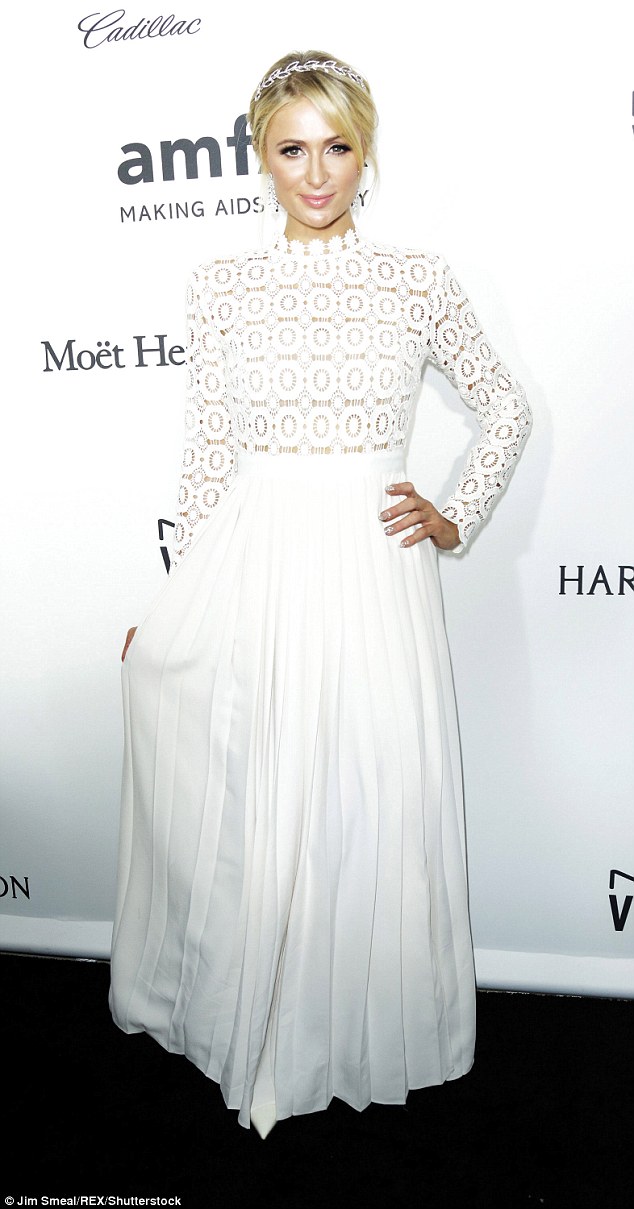 ‘I could see such big potential in launching a contemporary brand that moves at the speed of the High Street, but has a luxurious quality,’ he’s previously said of launching the label.

‘I work with a highly skilled team in the studio and in the factory, and it allows me to keep my designs within a price range, so girls with a normal income can buy them.

‘If they are too expensive, it takes the fun out of it. They will appreciate the thought that has gone into each piece and feel as if they have bought something unique without breaking the bank.’ 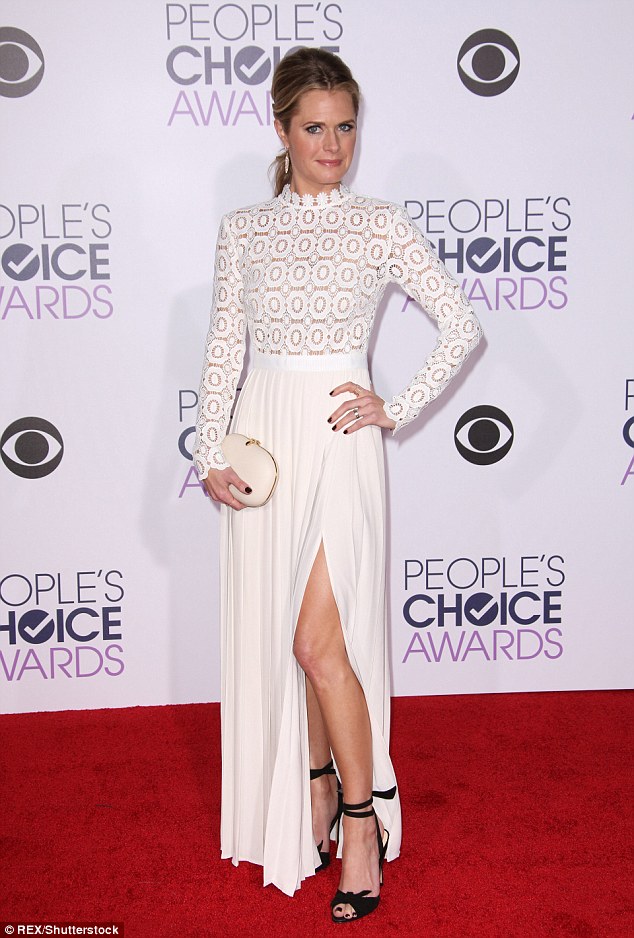 Although its dresses are still pricey, they are a fraction of the cost of high end designer brands and an accessible buy for a special occasion purchase.

The luxury womenswear brand has top-end high street prices, starting at around £165 for its shirts and blouses, and going up to £400 for its famous ‘naked’ sheer maxi dresses.

The buzz around the label, which is just three years old, grew to a point in the summer where Selfridges was selling 100 Self-Portrait pieces a week.

Self Portrait has been snapped up by 250 stockists around the world and shifts 92 per cent of its garments, known as the ‘sell-through’ rate, while the average rate for most labels is only 40.

Canines deemed 'too ugly' for Instagram are being dumped at shelters
Kent fireplace chief requires Fireman Sam to be named 'Firefighter Sam'
This basis has been dubbed 'Photoshop in a bottle' - and you'll put on it throughout your physique
From catwalk to cupboard, FEMAIL picks out the best dramatic floral accessories to style your home
Job advert that states ‘persons with young children need NOT apply’ sparks anger
Prince of Wales kicks off a two-day tour of Northumberland
My lightbulb moment: Designer Jade Holland Cooper
Drew Barrymore's BIZARRE interview with EgyptAir magazine goes viral