Since 9/11, tens of thousands of people have developed cancers and respiratory problems from the toxic cocktail of dust that engulfed lower Manhattan.

Hundreds of them have died – many within months of their symptoms arising, at which point it was too late to treat.

Almost 20 years on, scientists at NYU Langone Health say they may have found a way to predict a person’s risk of 9/11-related lung disease, and perhaps even to protect them from ever developing it.

The study, published today, is an analysis of blood collected from firefighters within seven months of the attacks on the World Trade Center. 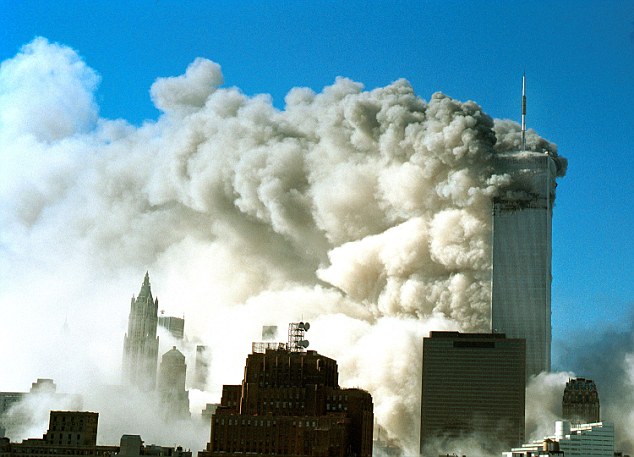 Using advanced computer software, NYU scientists were able to demonstrate that firefighters were more likely than not to develop lung disease if they had certain metabolites in their blood stream

Using advanced computer software, they were able to demonstrate that firefighters were more likely than not to develop lung disease if they had certain metabolites in their blood stream.

According to senior study investigator Anna Nolan, MD, this finding is particularly exciting because metabolic imbalances are malleable.

It means that, potentially, those with a dangerous skew could be brought back to safety by tweaking adopting, for example, a Mediterranean diet, or by taking certain supplements.

It could even ward off or reverse loss of lung function, she says.

Working with George Crowley and Sophia Kwon, DO, MPH, Dr Nolan highlighted three key new areas of focus for doctors treating the thousands of men, women and children who were exposed to the silica dust in the wake of the attacks.

First, there is the stress hormone vanillylmandelate, which is already a marker for certain tumors like neuroblastomas (or the brain), but is now shown to be a sign of 9/11-related lung disease.

Second, a fat linked to asthma called sphingolipids – not previously thought to be a first-line warning sign.

Third, those with the highest risk had decays in the building blocks of proteins like leucine and valine – something known to be a risk for COPD, a 9/11-related condition, but again not singled out as one of the big hitters.

Dr Nolan, an associate professor in the Department of Medicine, says the study will act as a springboard for further studies on ways to control each of those factors with lifestyle tweaks.

Above all, she says, their focus is on firefighters.

‘Healthy lung function is essential for everyone, but especially firefighters, to carry out their work,’ Dr Nolan explained. 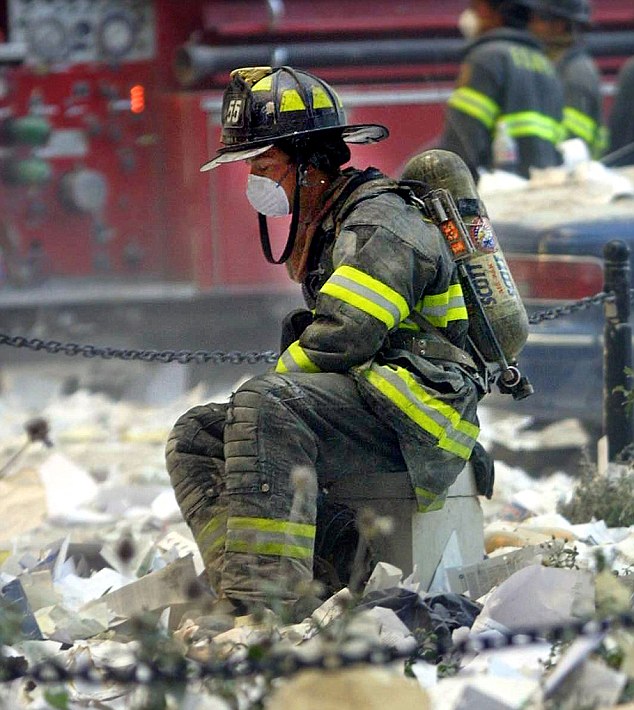 The study, published today, is an analysis of blood collected from firefighters within seven months of the attacks on the World Trade Center (file picture)

Defiant fed chair says politics played 'no role whatsoever' on its decision to hike interest rates
Gronk's girlfriend posts loving messages after retirement announcement
Mark Geragos brokered deal between Nike and Colin Kaepernick just nine months before extortion
Stephen Curry, Klay Thompson keep Warriors' season alive with win over the Raptors in Game 5
'Giant', 22, stands at 7ft 9in tall after not being expected to live past his teens
More than 200 people 'fall ill with food poisoning' in the Philippines
The Crown: Emma Corrin plays Princess Diana in series four
Nigel Farage is pictured at Trump rally despite the US ban on visitors