Senior police officers have spoken out to defend the use of stop-and-search powers amid Government plans to extend their use.

Young black men are around four times more likely to be stopped than their white counterparts, but Andy Cooke, chief constable of Merseyside Police, said it is wrong to think of the strategy as discriminatory – and that the drop in its use has fuelled a rise in a violent crime.

Metropolitan Police Commissioner Cressida Dick said officers are equally likely to find a weapon, drugs or stolen goods on a black or white suspect – and insisted that in tackling violence, the powers are used “trying to protect the most vulnerable people and that is young black boys”. 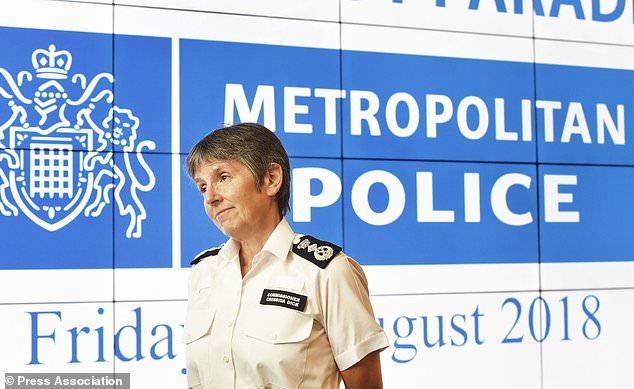 Mr Cooke told The Times that gang members now feel they can carry weapons with impunity.

He said: “This is about criminality not race.

“It is about disruption and putting the fear back on criminals: that visible approach to stop-searching those individuals who our communities know are causing the most harm, damage or violence.

“Those people should regularly be getting stopped and searched on our streets.”

Mr Cooke, who is the National Police Chiefs Council’s lead on organised crime, said: “I think criminals feel safer carrying weapons to cause harm, or weapons to commit acquisitive offences.

“They feel far safer carrying them now because they know there are less police officers, and even if there are police officers there is less chance they will be stopped and searched for them.”

During a call-in on LBC on Tuesday, Ms Dick said her officers legitimately target suspects.

She told Nick Ferrari: “When we do stop and search, if we stop a young black man we are equally likely to find something on the young black man as we are on the young white man – a knife or drugs or stolen property. There is no difference there in the likelihood of success.

“If you are a young black man you are about four times more likely to be stopped than a white person, and that does upset people. But what I would say is actually the result, the success rate, is exactly the same, which shows to me that we are in fact using the power intelligently, we are targeting the right people.”

About 30% of people stopped by Metropolitan Police officers are found to have a weapon, drugs or stolen goods on them.

The Scotland Yard chief went on: “The really shocking thing is how violence is over affecting our young black men. The proportion of young black men who are likely to be stabbed or shot or subject to a GBH is so very, very, very high.

“People who are likely to have been a victim are quite likely to go on to be a suspect and vice versa in stabbings. We are inevitably working in the highest crime areas trying to protect the most vulnerable people and that is young black boys.”

The Home Secretary Sajid Javid is considering plans to extend stop and search to cover acid, drones and laser pointers, according to The Times.

He outlined the plans to consult on extending the powers to cover noxious substances in an interview with the BBC in April when he was still communities secretary.

Ms Dick said: “An extension of the power to this would be very helpful to us and I would be all in favour of it.

“We have to keep up with the times. Acid attacks in London have actually gone down recently, but it is a horrific thing and the more we can do to give the officers the powers they need to prevent people from carrying acid or to arrest people who do the better.”

Within the metropolis that claims him, Ben Carson falls from grace
Georgia sheriff puts signs in sex offenders' yards
Giant plastic ducks emblazoned with 'don't feed me' appear in Glasgow pond
How a kick in the head made me a psychopath... and turned me into a brilliant surgeon
Scientists inject virus into kid's brains in a desperate attempt shrink 100% fatal tumors
Defending champion Mark Williams taken to hospital...
Seal pup that washed up on a beach dies hours after selfie hunters scared it
Number of UK coronavirus cases soars to 456