It may be known as the international break but there is no rest for the elite professional footballer, even if you have not been named in your country’s squad.

has taken a back seat from international duty for now as Argentina prepare for two friendlies in the United States against Guatemala and Colombia.

But the Barcelona forward is still busy away from the pitch as he spent the day greeting fans at an Adidas event. 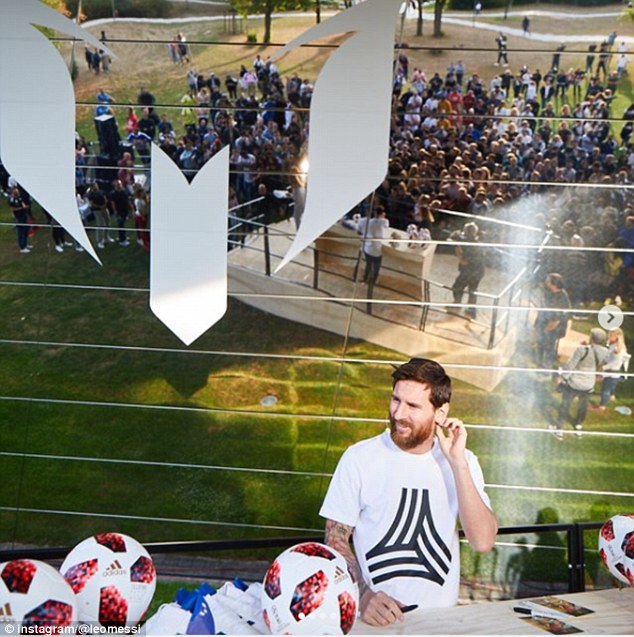 Lionel Messi gets prepared to sign autographs for fans at an Adidas event. He has revealed that his eldest son Thiago know not to talk about defeats with his father 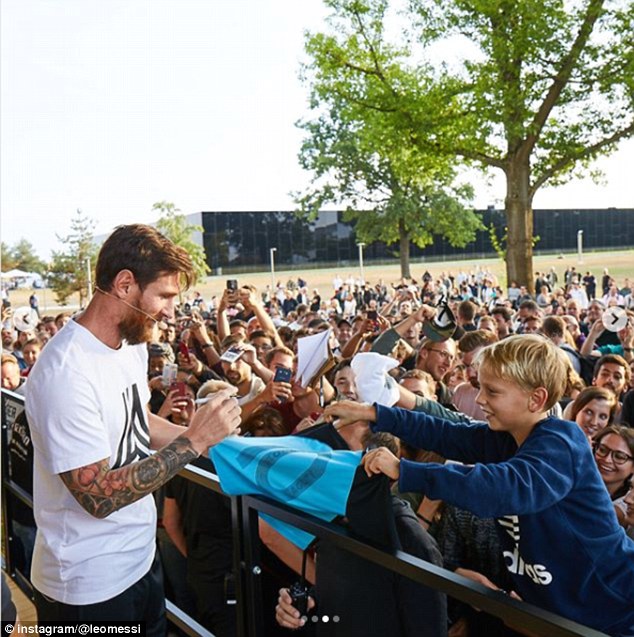 Messi looked calm and relaxed during the event which comes shortly after an interview where he revealed he still struggles to deal with defeat.

Speaking on Radio Catalunya’s Tot Costa programme, Messi confirmed that with his eldest son Thiago, five, getting more involved with football he has had to take a new mental approach.

Messi also admitted that Thiago is getting to grips with knowing that there are some things that should not be discussed following a defeat.

‘Since Thiago’s birth I try to take defeats in a different way. But it’s difficult. I suffer a lot and I find it hard to pick myself up again,’ Messi said. 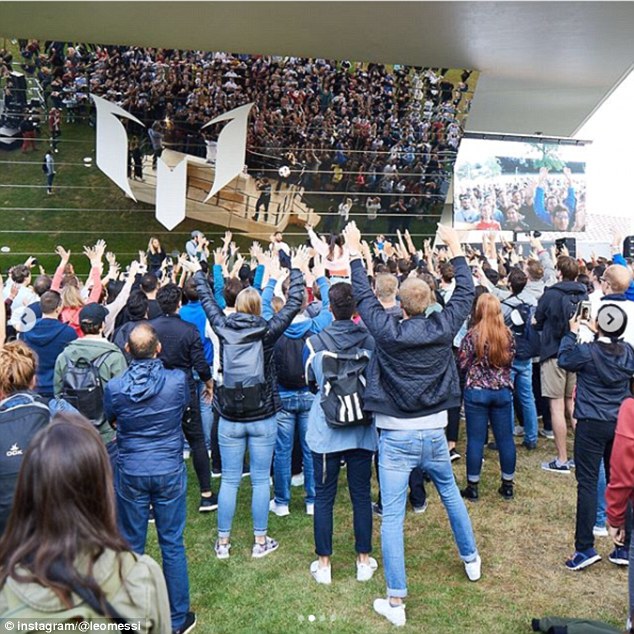 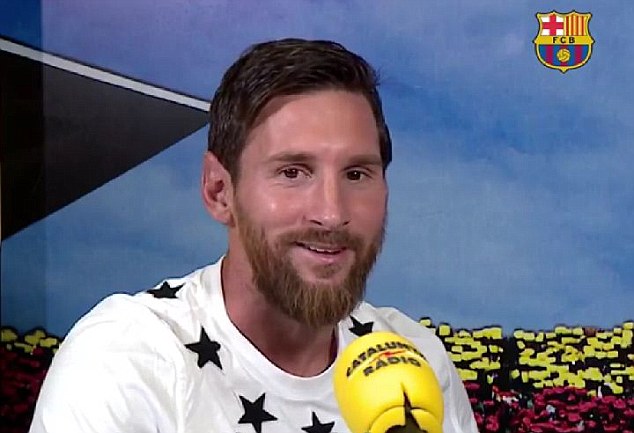 ‘It takes me a few days. And Thiago understands it. He has started to really like football and he follows Argentina and Barcelona and after a big defeat he doesn’t talk about it.

‘He knows it’s best not to talk about it but sometimes he lets something drop and then he says: “ah I know we aren’t talking about that”.’

Although Messi is not part of Argentina’s squad, he has not confirmed an international retirement.

However, the 31-year-old has admitted to opening up about retirement from the game stating he has shared the discussion with team-mates of a similar age.

‘I don’t know what will happen after I have retired. When the time comes I’m sure something will appear at the time. We talk about it sometimes with players who have a similar age.’ 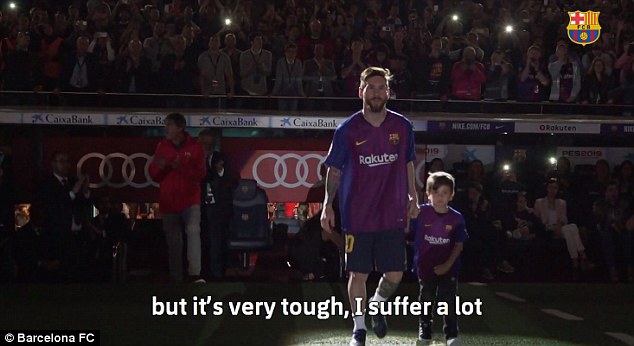