The royal heiress is getting settled into her new home at  in South Wales, a top private college dubbed ‘hippie Hogwarts’.

And according to a report in , students are encouraged to avoid ‘excessive displays of wealth’ by mingling with people from all walks of life while the use of expensive gadgets such as laptops is discouraged.

Former student Louise Callaghan believes the 16-year-old future queen is likely to be ‘the most normal person there’ and won’t get any ‘special treatment’ despite her royal credentials. 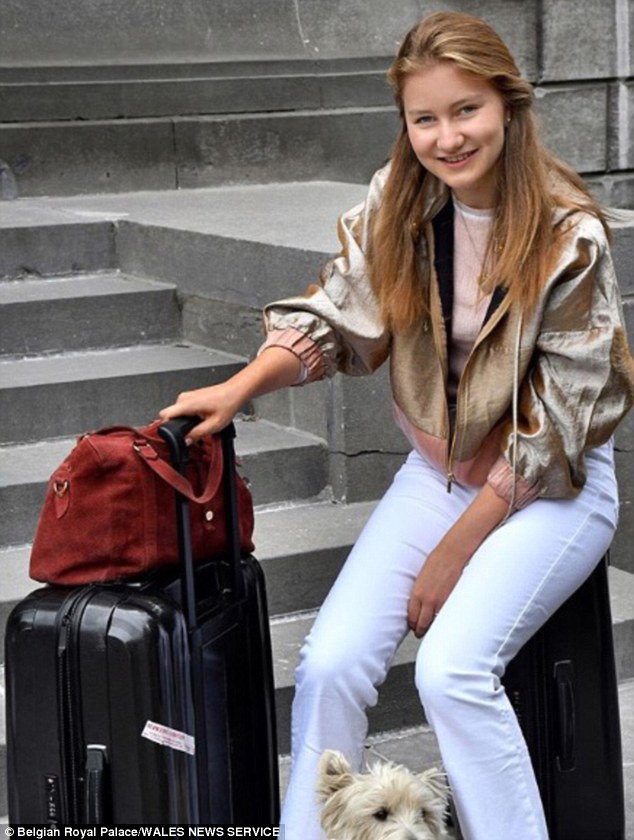 Belgium’s Princess Elisabeth packs her bags before flying to the UK to take up classes at a top private college. Elisabeth – first in line to the Belgian throne – will swap her palace home near Brussels for a dorm in Atlantic College in South Wales this week 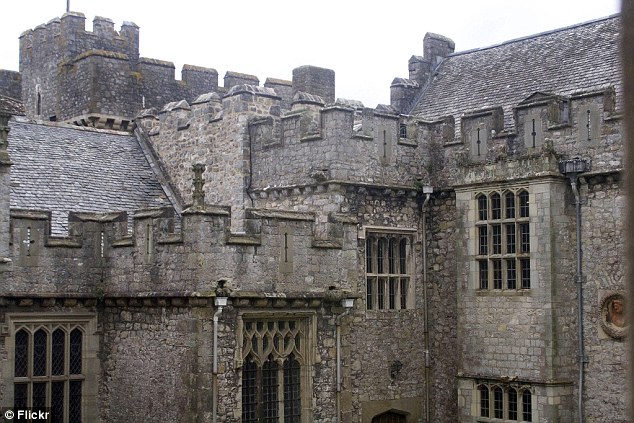 United World College of the Atlantic is located in the 12th century St Donat’s Castle in the Vale of Glamorgan, pictured in file image. Some 350 students study at the school outside Cardiff, and their most recent recruit is Belgium’s future queen, 16-year-old Princess Elisabeth

The Duchess of Brabant will also need to acclimatise to ‘damp clothes’ courtesy of the famously wet Welsh weather.

Alumni include Dutch king Willem-Alexander and Princess Raiyah of Jordan, but students are just as likely to rub shoulders with ‘refugees from west Africa’ and ‘California hippies,’ according to the report.

Elisabeth – first in line to the Belgian throne – swapped the comfort of her palace home near Brussels for her dorm in the Vale of Glamorgan last week.

Her home for the next two years is the crumbling, 12th century St Donat’s Castle in the Vale of Glamorgan where she will study the International Baccalaureate.

The Belgian royal family posted snaps of the princess saying goodbye to her brothers and sister – and the family Westie – at the royal palace of Laeken in Brussels last week.

It was announced in March that the eldest child of King Philippe and Queen Mathilde had passed the entry exams required to attend. 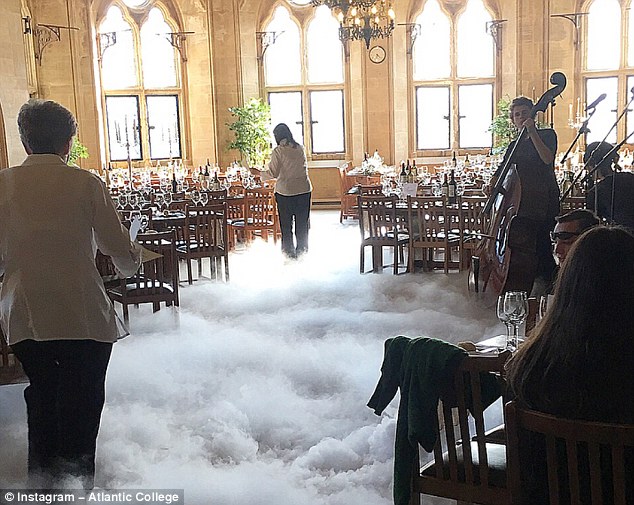 A snap from inside the dining room at UWC Atlantic College, filled with smoke, ornate table decorations and a string quartet for a Class of 2018 leaving dinner this summer. Belgium’s Princess Elisabeth is the college’s newest recruit and is starting her studies there this week 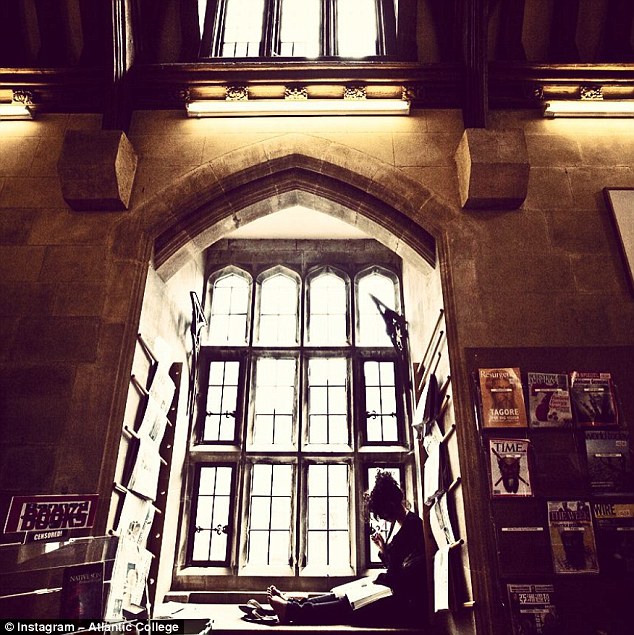 A library worthy of Hogwarts at UWC Atlantic College in the Vale of Glamorgan, South Wales. Belgium’s Princess Elisabeth is the college’s newest recruit and is starting this week 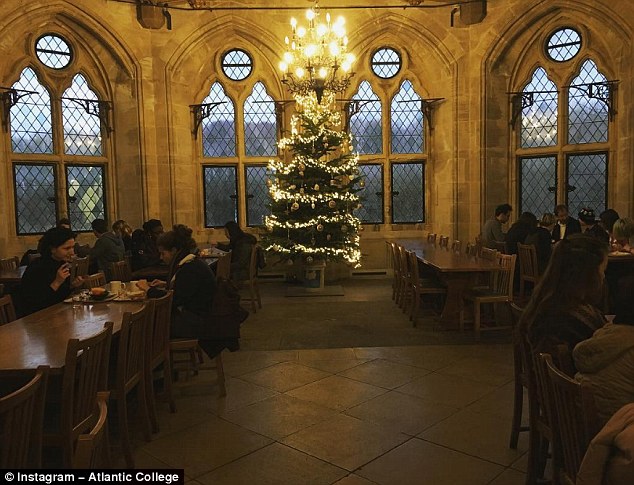 A dazzling Christmas tree in the dining hall at UWC Atlantic College in the Vale of Glamorgan, South Wales. Belgium’s Princess Elisabeth is the college’s newest recruit and is starting this week. It has been described as a ‘hippie Hogwarts’ by one former student 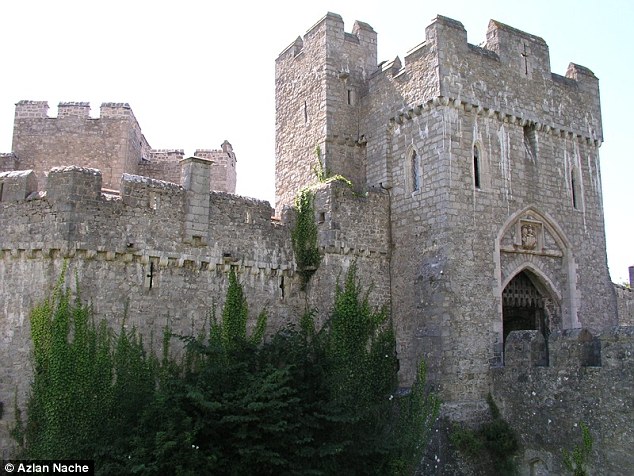 Alumni at Atlantic College in South Wales (pictured) include Dutch king Willem-Alexander and Princess Raiyah of Jordan, but students are just as likely to rub shoulders with ‘refugees from west Africa’ and ‘California hippies,’ according to the report

The princess will be working towards an Internationale Baccalauréat with the aim to complete it by 2020.

She has previously been studying at the Dutch-speaking Sint-Jan Berchmans college in Brussels.

According to Princess Elisabeth’s official biography, the multi-lingual royal also speaks French and English and is studying German.

She likes to indulge her creative side with drawing and reading; plays the piano and also practices ballet as well as cycling, tennis, swimming, skiing and sailing.

Her choice of college already has royal connections having been founded by German Kurt Hahn in 1962 who also opened Gordonstoun boarding school in Scotland which was attended by Prince Charles. 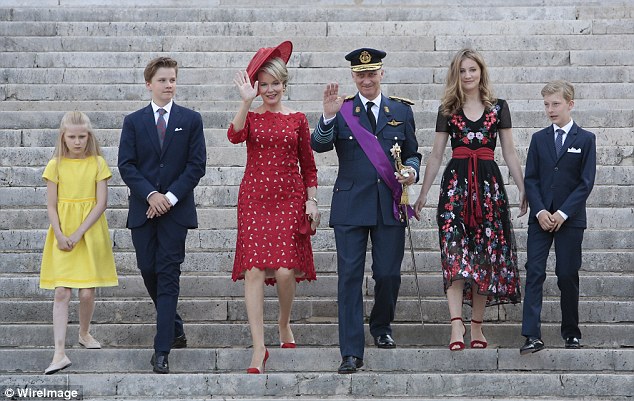 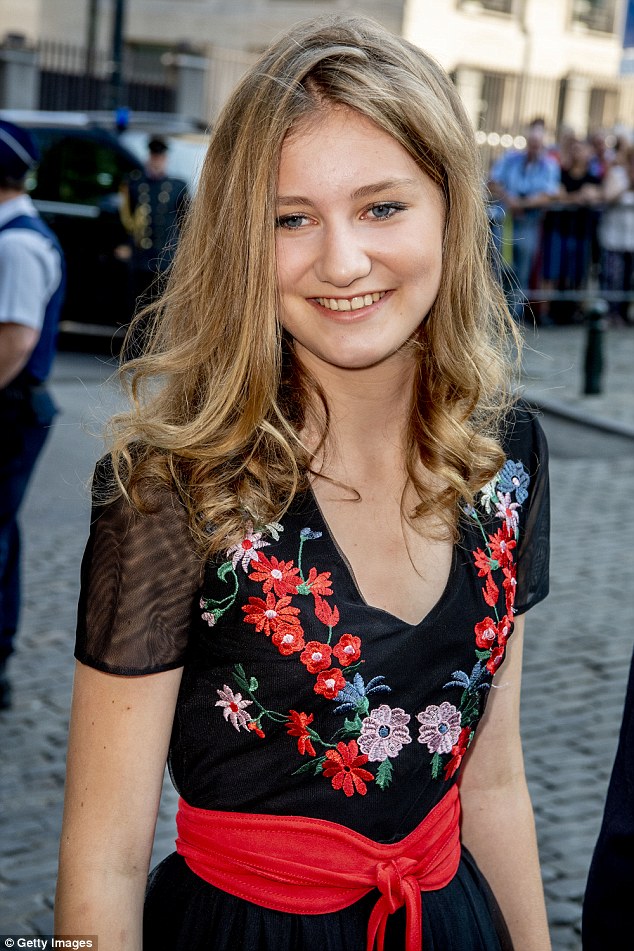 Belgium’s Princess Elisabeth (pictured in Brussels, July 2018) likes to indulge her creative side with drawing and reading; plays the piano and also practices ballet as well as cycling, tennis, swimming, skiing and sailing according to her official biography 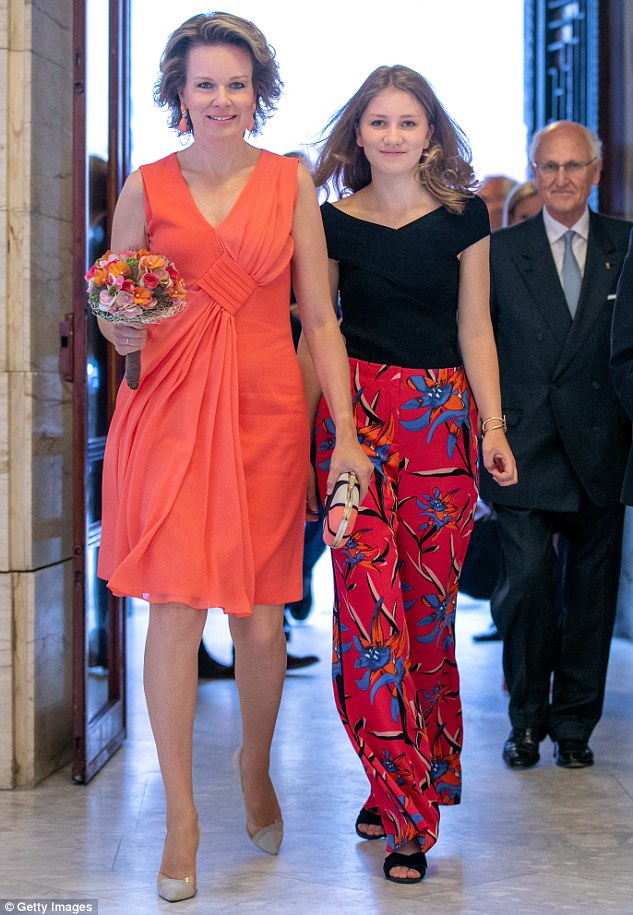 Princess Elisabeth with her mother Queen Mathilde of Belgium, pictured attending the finals of the Queen Elisabeth Contest in the Bozar on May 12, 2018 in Brussels, Belgium

Hahn believed his approach to education, for pupils aged 16-19, could lead to a quicker resolution of international conflict, an ethos that is still carried by the establishment which aims to ‘promote mutual understanding’.

The 350 students studying at the school, which is about 40 minutes from Cardiff, come from more than 90 countries, the majority of whom are selected through their country’s National Committee.

The Queen currently acts as official president to the college with Nelson Mandela previously holding the role until his death in 2013.

Princess Elisabeth is the eldest of four children and sister to Princess Eleonore, ten, Prince Emmanuel, 12, and Prince Gabriel, 14. 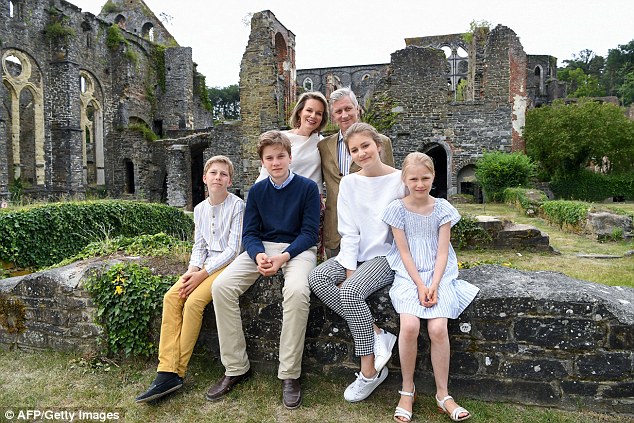 ‘Like all UWC students, the Princess’ place with us has been earned on promise and potential, and to date 78 students from Belgium have attended our college of nations.

‘Across the international UWC movement we seek to create empathetic, global citizens, who are motivated to create positive change in the world.

‘Students are selected independent of their socio-economic background. Those chosen by their national UWC selection committees to study the International Baccalaureate with us have proven that they share the goals of the UWC movement, and have the drive to look beyond their own personal experiences of the world to realise their potential for the benefit of others.

‘In September the Princess will join our community of nations, where she will live and study alongside 360 students, who represent over 90 nationalities and cultures, many of whom are able to join us thanks to the support of our scholarship and bursary programmes.’

Six of one of the best: Glasses instances
The Hen Connoisseur lands new present The Peng Life
Parents of Warrington bombings victim say it's 'shocking' to see son's death re-enacted in BBC drama
Celebs flog free clothes from sponsored posts using app Depop
Queen Maxima of the Netherlands attends a financial workshop in The Hague
Olay takes on luxury labels with its new £40 moisturiser
Mother reveals her ex had their baby daughter's ears pierced in secret
Meet the Australian relationship coach who is paid $3,000 per client to help men find love