Girls are being offered hundreds of dollars to send explicit images of themselves to post on ‘shout out’ pages.

‘Shout outs’ are when one account approaches another to take their image.

It was initially used as a tactic for users to get more followers, but parents are concerned their daughters are being sexually groomed by shout out page administrators. 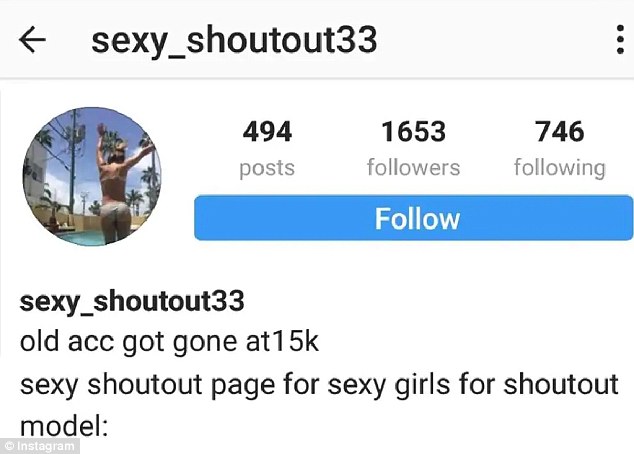 The Instragam page previously had 15,000 followers and is dense with young girls wearing next-to-nothing and posing in suggestive ways

This week, a 12-year-old girl was offered an $120 gift card to send explicit pictures of herself to an amateur-porn Instagram account.

The young girl was approached by the handle @sexy_shoutout33 and asked to send scantily dressed mirror selfies which would be posted on to the social media account.

The pre-teen agreed to sending underwear shots in exchange for the Amazon gift card.

It wasn’t until the predator contacted the young girl again, this time offering a $200 gift card for more racy shots, that her mum cottoned on, the reported.

She contacted the account, which previously had 15,000 followers, to remove the images of her daughter but the account holder said she needed to pay him out.

‘Pay me back my money,’ the predator allegedly said to the mother. 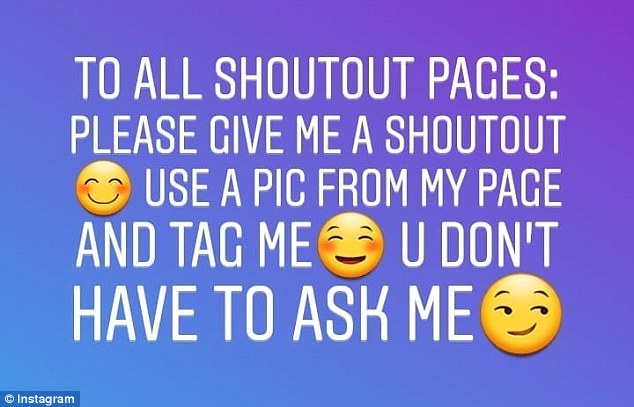 She said the account was dense with young girls wearing next-to-nothing and posing in suggestive ways.

‘There were thousands of different young girls all in their underwear and in revealing positions … some laying down and spreading their legs,’ she said.

‘He knew she was 12 and most of the girls were children or at least very young women.’

The mother is sharing her story as a reminder to monitor your child’s social media accounts.

‘I just assumed my daughter would be smart about these things.

‘All her friends are on Instagram and that’s how they communicate. I’m busy rushing from job to job I don’t have time to hover and police everything she is doing,’ she said.

The account has since been shut down by Instagram after an investigation was launched by the Australian Federal Police.

‘Adults need to be supervising their young people when they are online and there needs to be open lines of communication so a young person can come to a trusted adult when something is not quite right,’ Acting Superintendent Jayne Crossling said.

Dad-of-two loses leg after catching a deadly infection from an INGROWN HAIR
The Latest: NYC mayor's ex-aide Ramos tops Senate...
Mother on the run with her three-year-old son pens emotional letter
Expensive trainers really DO make you a better runner!
Trump unveils first section of new 'anti-climb' border wall and says 'our country is full'
Trump opens G7 with a slap at other leaders - calling them 'friends of mine, for the most part'
Coastguards rescue 15 people after huge fire on board luxury 108ft yacht off beach in Mallorca
Residents run outdoors for safety as earthquake with 6.8 magnitude shakes eastern Turkey