Certain football matches are more than their 90 minutes. They hold a significance at the final whistle that endures. Liverpool versus Arsenal at Anfield on May 26, 1989 is one such game.

This was the last match of an extraordinary, tragic season in English football. It was the year of the Hillsborough disaster, April 15, and the game was due to be staged on April 23. It was postponed, understandably.

Because of the tragedy, Liverpool played eight games in 23 days in May, including the final against , which they won 3-2. Somehow, in the most agonising of circumstances, they were on for a Double. 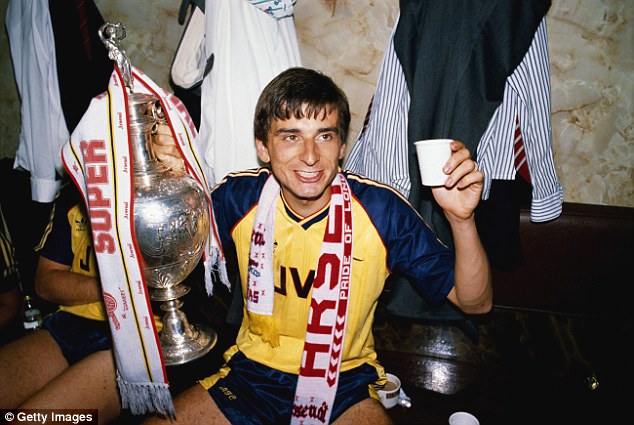 Liverpool led Arsenal by three points and a superior goal difference of two. Crucially, Arsenal had scored more having been in first place since mid-December.

But a home defeat by Derby and a loss to Wimbledon saw the Gunners trail. Arsenal had not won the title since 1971 and this one looked to have slipped away.

The game was scheduled for a Friday night, with live ITV coverage – 12 million people tuning in. They saw the unimaginable become reality.

Arsenal won 2-0. Alan Smith scored the first and teed up the second for Michael Thomas in injury-time. It was the latest of last-gasp dramas.

‘The season had finished for everyone else,’ Smith says. ‘This was a stand-alone game. It felt unique.’

Smith was 26, in his prime. His goal was his 23rd of the League season. 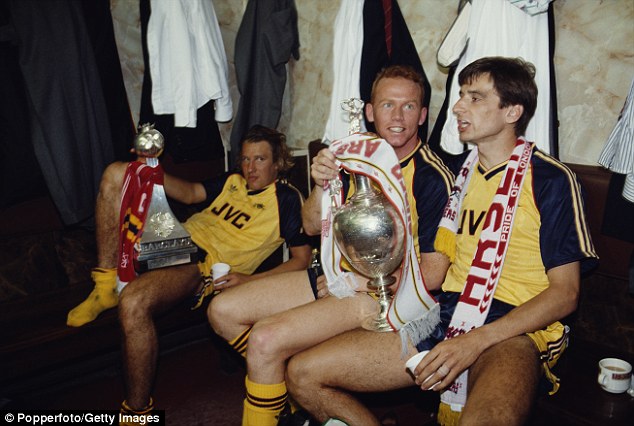 ‘It was always special going to Anfield, but nothing compares to this,’ he adds. ‘It had an edge because of the poignancy of the period. We took individual bouquets of flowers as we walked out for kick-off and placed them in the corners of the ground. There was warm applause.

‘But after that, Anfield let out a primal scream roar. While everybody remembered what had happened, it was all about the game now. There was a title at stake.’

That may sound peculiar given Arsenal needed goals, but Liverpool had not lost by two at home for three years. Graham clearly thought Arsenal could not score three. ‘George repeated it in the dressing-room and shook all our hands as we left. He didn’t usually do that. “Do yourself and family proud,” he said. We went out pumped up.’

At half-time it was 0-0. Smith says the players were ‘a bit disconsolate’ but Graham was ‘delighted’. 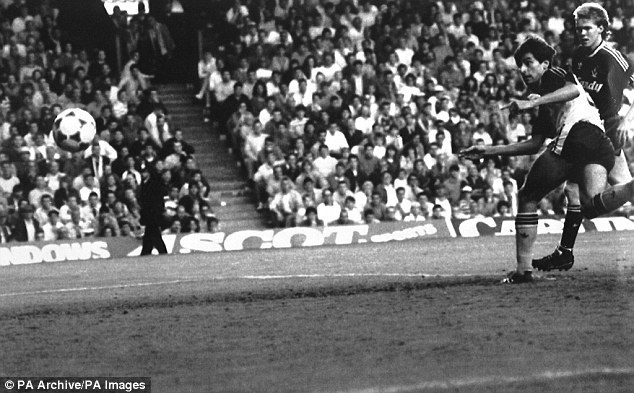 Seven minutes into the second half, Arsenal got a free-kick, Nigel Winterburn took it, a rush of players missed the ball but Smith did not. He glanced it faintly past Bruce Grobbelaar.

‘Obviously, that gave us a lift. The game was on for real now. You could sense the hesitancy in Liverpool’s play. The game was so quick, tackles flying in, it never slowed.’

As full-time approached, Liverpool were set to be champions. Smith says he remained ‘quite calm’.

As the 90-minute mark arrived, Lee Dixon asked referee David Hutchinson how much time was left. ‘It’s nearly done,’ he was told.

Then Arsenal keeper John Lukic took the ball and instead of sending a panicked punt towards Smith, threw the ball to Dixon.

Smith, still calm, ‘showed for it – just habit. It was a fantastic pass and I knew I’d turn as I received it, take a risk. I saw a blur of yellow, not knowing it was Mickey.’

Smith found Thomas with a deft pass. Thomas got a fortunate rebound off Steve Nicol and was suddenly one-on-one with Grobbelaar. As the nation gulped, Thomas scored. Shortly after, the whistle blew. Arsenal had won the title.

Liverpool were flattened. But as Smith notes, Anfield did not empty. Arsenal were presented with the trophy and wondered whether a lap of honour was appropriate. They started off and Anfield began to clap. ‘It was so magnanimous,’ Smith says. ‘After all they had been through, it meant a lot to us.’

Arsenal ended up celebrating in a snooker club in Southgate at 4am.

Meanwhile, English football took stock. Attendances had risen for a third season in a row. Here was a thrilling, unforgettable finale with a huge TV audience. All-seater stadia and Italia ’90 were on the way. The 1980s were over.

‘Maybe,’ Smith says, ‘it was one of the games that sent our national sport in a different direction.’ 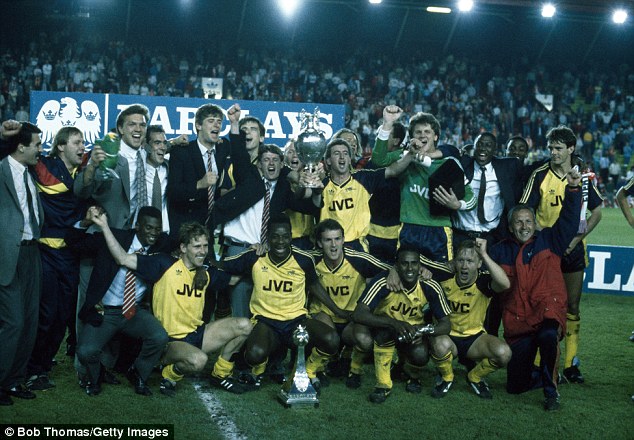 Heads Up: My Life Story (Constable) by Alan Smith, out now.