A dilapidated cargo ship which turned up off the coast of Myanmar seemingly abandoned by its crew baffled authorities for several days.

Fishermen found the empty cargo vessel, named ‘Sam Ratulangi PB 1600’,floating some 6.5miles from land in the Gulf of Martaban, last week with no crew on board.

Data showed that its last logged journey was undertaken in June 2009. 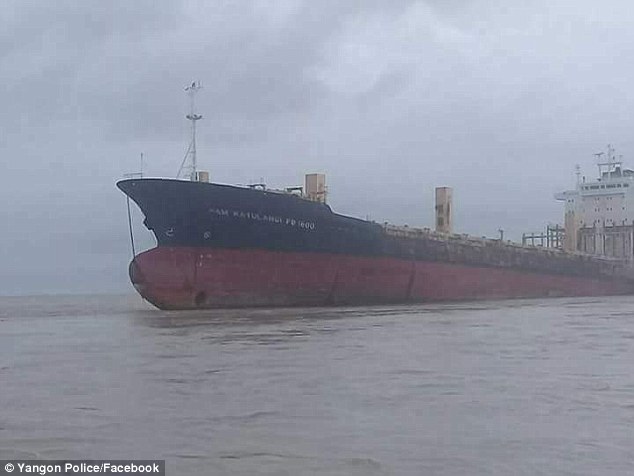 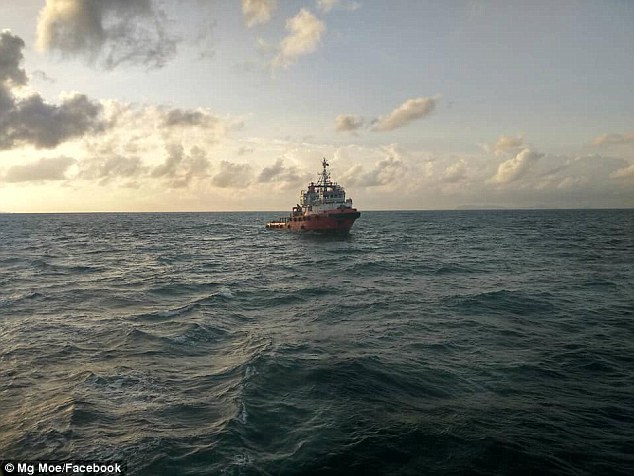 However Myanmar authorities soon discovered that the ship had been on its way from Jakarta, Indonesia, to a ship-breaking factory in Bangladesh, and bad weather had forced the crew on the tug-boat to abandon it at sea.

Navy personnel found no crew members or goods on board the ship after an initial inspection last week.

However, cut cables at the head of the ship indicated that it had been towed by a tugboat.

Navy authorities have since located the tugboat that it was tied to, sailing 80 kilometres off Yangon city with 13 Indonesian crew members on board. 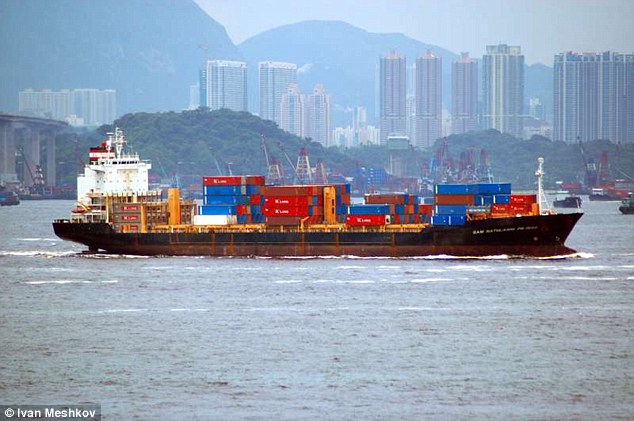 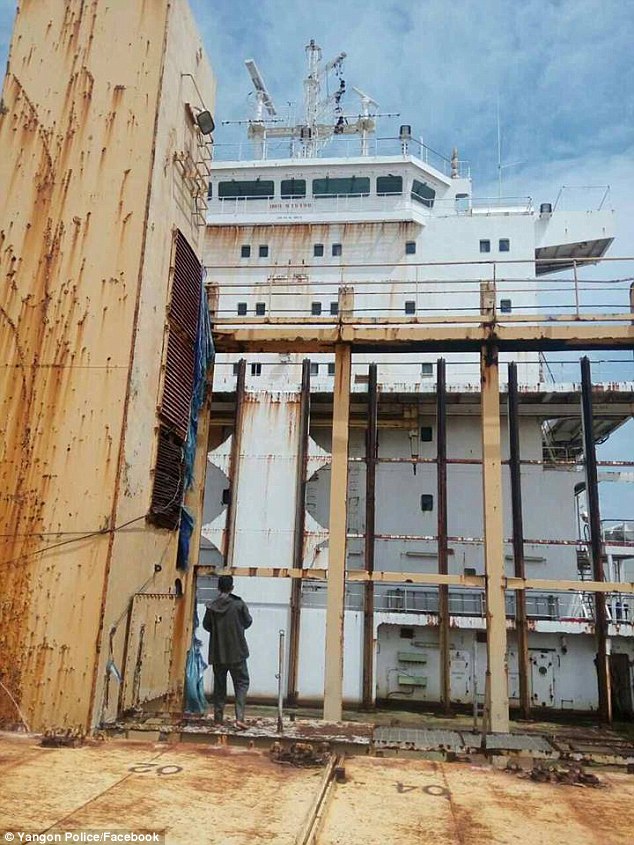 The crewmembers told Navy authorities it had left Jakarta on August 13, before the weather forced them to cut off the cables due to bad weather on August 26.

The ‘Sam Ratulangi PB 1600’, which has a dead weight 26,500 tonnes, had then been carried away by the current, according to Eleven Myanmar.

It is not known why the tug-boat had not made an attempt to collect the vessel.

Bank employee and mom-of-two, 37, escapes Cincinnati shooting despite being shot TWELVE times
Heather Locklear 'wished death by AIDS' on the children of an EMT who is filing lawsuit
RICHARD KAY: Meghan's home birth shows she will be a thoroughly modern mum
Beto gets asked about AOC's 70 per cent tax rate and gives half his answer in SPANISH
Missing quadriplegic man, 26, found dead in his van after he disappeared from a Blink 182
Man fleeing from leopard is just one image to make it onto AFP's best photos of 2019 list
Philadelphia cop is arrested after body-cam footage 'showed him punching a man'
Brooklyn clothing designer shot dead while washing his car