A suicidal father-of-two contacted mental health professions eight times in the week before he hanged himself, his girlfriend has said.

Luke Henderson was found dead at the home he shared with his partner, Karen McKeown, and their two children in Motherwell, North Lanarkshire last December.

Ms McKeown has now hit out at local medics for failing to intervene when he repeatedly contacted them, and is calling for a review. 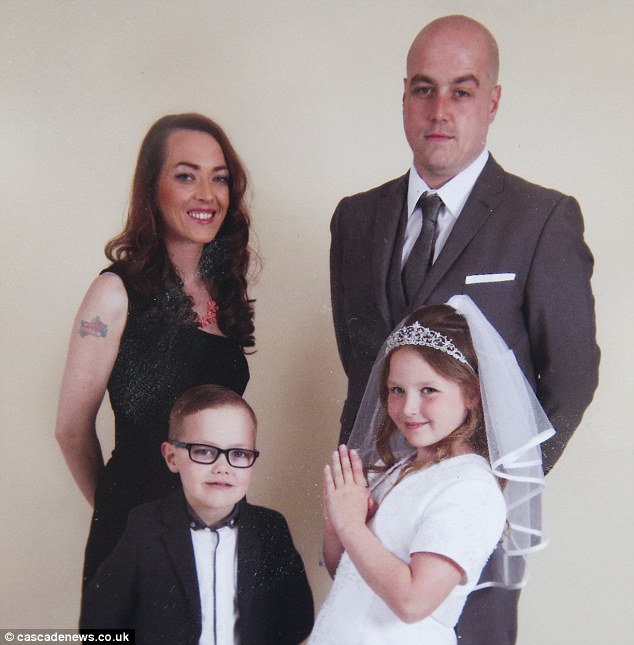 Luke Henderson, his girlfriend McKeown and their children Luke and Kaydence, before his tragic death in December

She said she knew there was wrong when Mr Henderson started saying colleagues at his construction job were spying on and filming him.

He had stopped sleeping, said he could hear voices in his head and could see things which weren’t there, she said. 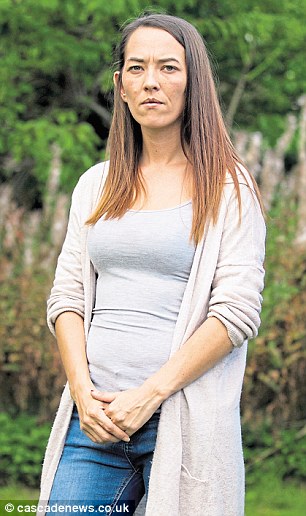 Medical notes from December 23, show staff who first saw him at Wishaw General A&E thought he was at risk of harming himself and that he was hallucinating.

They recorded in their notes that Luke was ‘hearing voices in head…feels wants to kill self’, ‘experiencing delusions’ and was ‘an immediate risk to himself’.

When he first went to the emergency unit, he was categorised as a high-risk patient, but less than two hours later after being seen by a nurse, it was ruled that he showed no signs of having a ‘depressive illness or psychotic disturbance’.

Despite these notes, NHS Lanarkshire’s initial review said their staff had followed procedure and ‘consistently did not find any evidence’ that Luke wanted to take his own life.

Ms McKeown said: ‘If they had done their jobs as medical professionals, the way I did mine as his partner and mother of his children, I believe Luke would still be here. My children would still have their dad.

‘They failed him. I felt like he was planning to take his own life.

‘There were loads of warning signs – he was asking my cousin to look after me if anything happened to him, he was telling me how much he loved me and kept saying sorry for things. I told doctors this, but they wouldn’t listen.’

On the day before his death, Karen took Luke to two GPs to try to get him an urgent appointment, before taking him to her own doctor and registering him there. 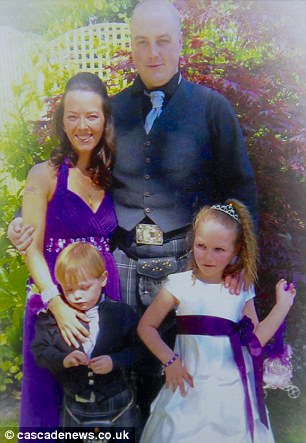 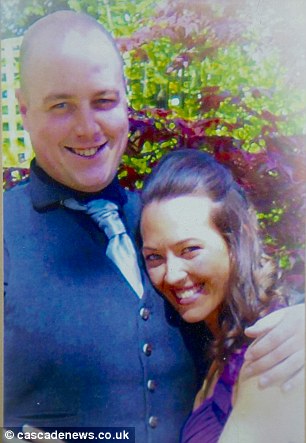 The couple were told an appointment was available that afternoon, but when they returned a second receptionist said there had been a mistake and they were sent home.

That night, Karen woke to her eight-year-old son, also named Luke, crying. She saw that her partner was not in bed and when she went to her son’s room she discovered he was awake.

Karen said: ‘I asked him why he was awake and he said that daddy had come in to say goodnight. That’s when I went downstairs and saw Luke’s body. I just started screaming.’

The NHS has now launched a review of the case.

Iain Mackenzie, acting general manager for mental health services, said: ‘We are aware of this tragic matter and undertook a review in line with Health Improvement Scotland guidelines, which aims to identify any learning points.

‘Members of our patient affairs team have also subsequently met with Ms McKeown with a view to further investigate the issues raised by her, and the team is also liaising with the other services involved.

‘The investigation is still ongoing and, once complete, we will share the findings with Ms McKeown.’

For confidential support call the Samaritans on 116 123 or visit a local branch, see for details

5 suspected militants in custody in Jordan after deadly...
Terrified children and parents scream as ‘wheel flies off’ rollercoaster
I don’t want to spend the life I’ve got left being angry
Final instalment of the Avengers superhero film franchise
Bride-to-be, 30, who drowned on a hen party will be buried in the wedding dress
Labour's John McDonnell brands Brexit Party 'stepping stone to the far right' and BNP
Stylists reveal how Meghan Markle has overhauled her wardrobe since returning from maternity leave
SIMON WALTERS: Jeremy Corbyn's control of his own party is getting weaker by the day