For Royal watchers, it has long been considered the most heartbreaking moment of Princess Margaret’s life.

But the Queen’s younger sister may have actually viewed the end of her engagement to dashing divorcé Group Captain Peter Townsend as an escape from becoming ‘rather an ordinary housewife’, according to one of her closest friends.

The pair split in 1955 following pressure from the Queen and the government, but Lady Jane Rayne tells a forthcoming documentary: ‘She looked as if she was absolutely heartbroken but I don’t think she was. I think she thought, “Right, go back to my old bachelor days.” She weighed everything up to realise what her life would have been like [had they married]. 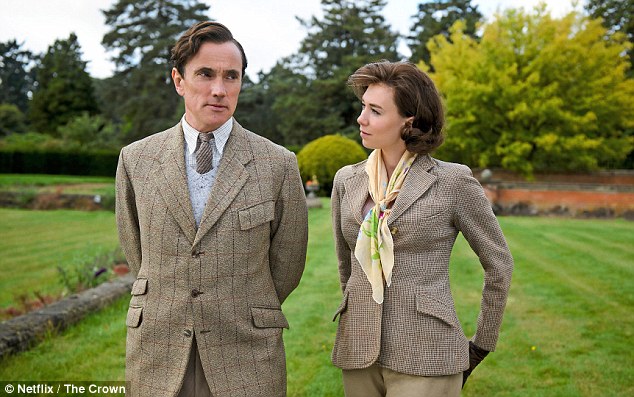 The early-1950s saga was central to the first series of the Netflix drama The Crown, starring Vanessa Kirby as Margaret and Ben Miles as Townsend (pictured together)

‘She would never be a nobody, but she would have lost part of her glamour. I think if she’d have married him, she would have been rather an ordinary housewife and she didn’t want that at all.’

Margaret asked her sister for permission to marry Townsend in 1953.

The Queen asked her to wait, and it later emerged that a plan was struck to remove the Princess and any children from the marriage from the line of succession.

The saga was central to the first series of the Netflix drama The Crown, starring Vanessa Kirby as Margaret and Ben Miles as Townsend. 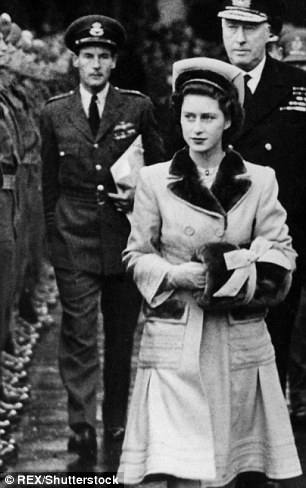 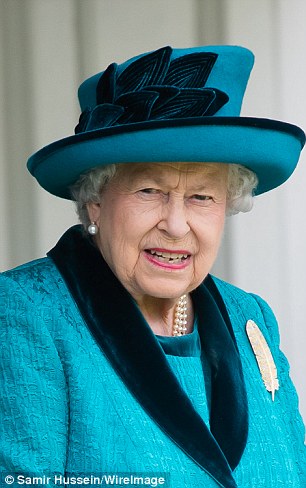 Princess Margaret and Peter Townsend, pictured left in Belfast in 1947, ended their engagement amid pressure from the Queen, right, and the government

Now a two-part BBC2 documentary, Princess Margaret: The Rebel Royal, which starts on September 11, will return to the topic.

It also suggests that Margaret harboured some bitterness towards her sister.

Her former lady-in-waiting Lady Anne Glenconner says: ‘She always said, “I was never educated as well as my sister in order not to be a threat to her.” ’

Lady Jane adds: ‘Margaret didn’t really have a proper role. I think she was afraid of being belittled.’